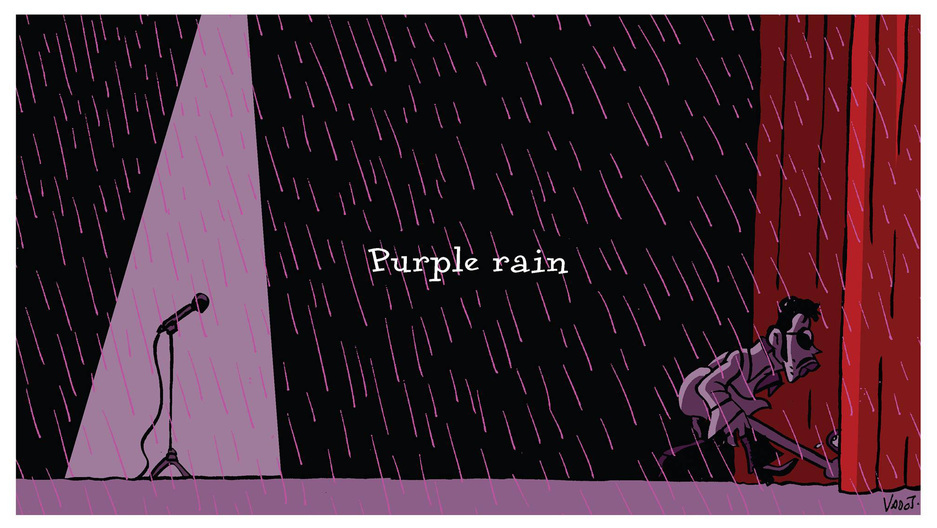 Belgian cartoonist Nicolas Vadot is one of the many cartoonists around the world who are mourning Prince's death. See more of his work on his website, or on his Facebook page.

Political cartoons are such an interesting window into a country's culture. You learn a lot about what people find funny there, or what flavor of sarcasm fits — all while learning about a specific political or cultural event.

But there are moments where the feeling is universal.

Cartoonists from around the world are mourning Prince, who died on Thursday at his home in suburban Minneapolis. He was 57 years old.

He leaves behind a massive body of work and millions of heartbroken fans.

Here are just a few of the cartoonists paying tribute to the songwriter, singer, producer and all-around legend, Prince: