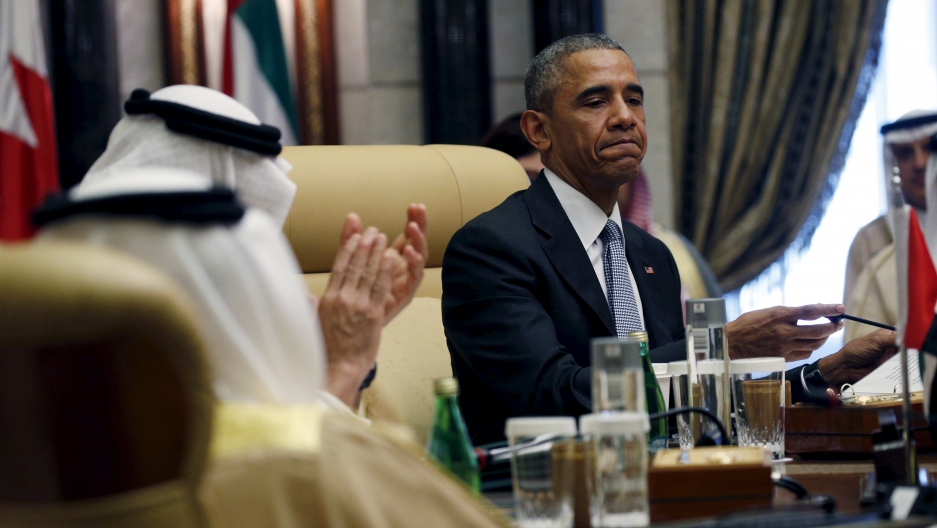 President Barack Obama at a summit of the Gulf Cooperation Council in Riyadh, Saudi Arabia.

So are its tanks.

And even though the kingdom is reliant on tens of billions of dollars in US weaponry, Washington hasn't been able to use its clout to rein in the kingdom's brutal air campaign in neighboring Yemen.

"The most alarming reports have been about civilian deaths from airstrikes by the Saudis and several other Arab nations that are part of their coalition," he says. "The estimate is that at least 2,000 civilians have died in bombings by this Saudi-led coalition. Just last month, two American-made laser-guided bombs apparently dropped by a Saudi airplane hit a market and killed 97 civilians, 25 of them children."

Rohde says Washington has "enormous leverage" in Saudi Arabia, but fails to use it. President Obama has sold three times as much weaponry to Saudi Arabia than any of his predecessors.

Read more: With US help, Saudi Arabia is obliterating Yemen

"There are between 50 and 60 US military personnel that are providing coordination support for this Saudi-led coalition and literally working with them hand in hand," Rohde says. "And last year the Obama administration decided to send more precision-guided bombs from American stocks because the Saudis were running so low on bombs themselves. The rationalization was that even more civilians would be killed if the Saudis ended up using less precise guidance systems."