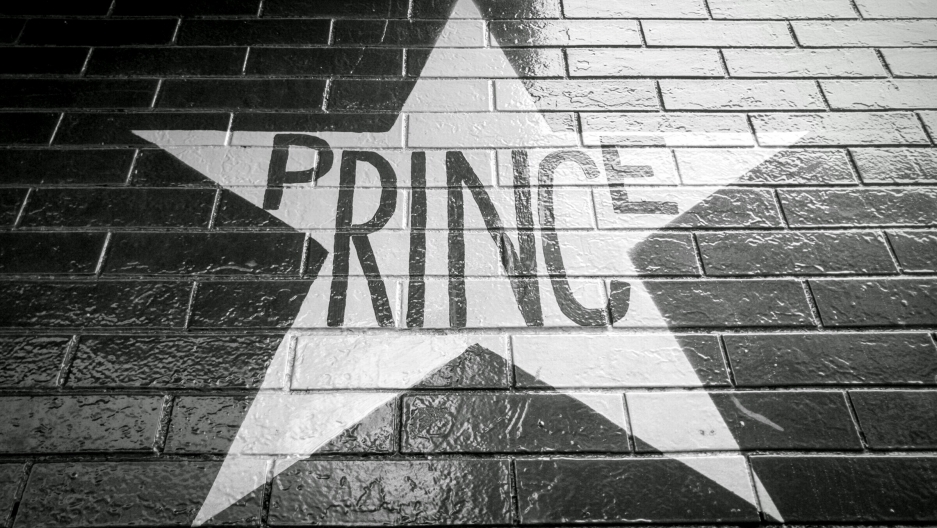 The Prince star at First Avenue in Minneapolis.

I moved to Minneapolis, sight unseen and without a friend in the city, in the fall of 2012. When people asked me why, the running joke was: "For Prince."

Except, it wasn't a joke.

I don't remember not listening to Prince. After college, I got my first job in Los Angeles and moved into a motel-turned-apartment on La Cienega Boulevard. The street was busy and, like most of my neighbors had experienced at one time or another, my old Civic was broken into in my first few months on the block. They smashed a back window, took my tennis bag and a pair of heels I wore into the office. I made peace in my heart with the thief, though, mostly because the only CD he or she took from my collection was "The Very Best of Prince."

Prince to me was Los Angeles, and I love Los Angeles. So whoever had the good taste to cherry-pick his music from the pack was OK with me. I couldn't blame them. I had barely enough money at the time to fix the back window. I replaced the Prince CD first. 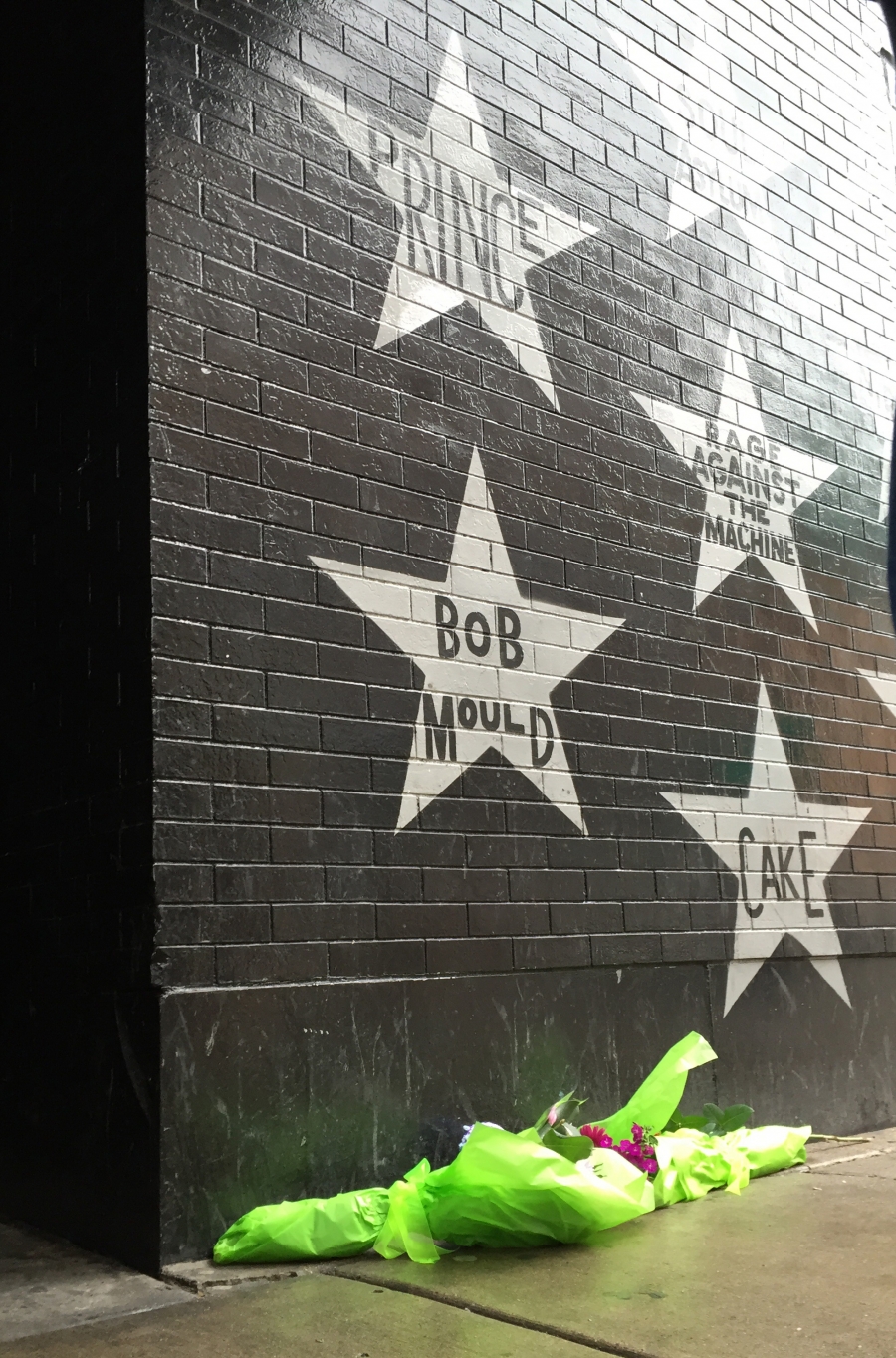 Mourners leave flowers near the Prince star at First Avenue in Minneapolis — where the movie Purple Rain was shot, on Thursday after Prince died.

I was blessed, absolutely blessed, to have been living in the city again when he took up residency at The Forum in Inglewood in 2011. He made a "21 Nite Stand" — 21 shows for $25 per seat — at the historic venue. The Forum was built in the '60s and was a standard-bearer for soul. The Jackson 5 headlined there, Elvis Presley graced the stage.

It was home to the NBA's Lakers and NHL's Kings, until they moved to the Staples Center in downtown Los Angeles. The building is now owned by the Madison Square Garden Company, but when Prince took up residency, The Forum was owned by an African American church. Prince taught me about the history of the building and the neighborhood.

I saw three shows that summer. In some, Sheila E. joined in; in another Alicia Keys was pulled on stage. The first show I attended, at the end, all the lights came on. Many people left but, as is now legend, after a while, Prince returned to the stage. After a few songs, he left the stage again. Lights came up, some more people left. And then he returned. He performed five encores this way, whittling the crowd down to a smaller and smaller group that pushed up to the seats closest to "The Love Symbol" stage. When they finally started taking down the stage, my friends and I stayed, hoping there would still be more.

By the time I got home, it was after 3 a.m. and I still couldn't sleep.

What Prince did that summer was take a stand. He took a stand for the community of Inglewood by making the tickets affordable, by giving everyone who wanted it a chance to be in the front rows. By all accounts, every show was different and amazing. And — as anyone who has ever seen Prince perform live can attest — absolutely soul stirring.

For me, his music was about commanding your identity, your internal rhythm, your power. A friend and cultural scholar, Brian Hu explained it this way: "When I saw Prince live at the Forum during his 2011 month-long stand, I thought he was invincible. We all thought we were invincible."

The next year, I got offered a job in Minneapolis, here at PRI. And like I said, I didn't know anyone in The North. But I knew Prince. I knew I would be living near another historic place: the downtown Minneapolis concert venue First Ave. It's not just where the film "Purple Rain" was shot, but also where the first live recording of the song was turned into the track we all hear today.

On the left, we took a photo in the car, before we went into Paisley Park last summer. Prince doesn't allow photos or alcohol in his parties. On the right, Paisley Park at night.

And now I have so much gratitude for the one brush I had with the Purple One here in Minnesota. The National Association of Black Journalists held its conference here last summer. I attended to learn from my African American colleagues — I didn't realize I'd also get the chance to learn something from Prince.

He threw a party for all the conference-goers at Paisely Park in Chanhassen. I arrived early and saw him walk through the room; he shook my co-worker's hand. While he gave rare interviews to black music journalists about justice in the music business, I played ping pong, sat on purple sofas, danced and listened to jams. I know many people were disappointed Prince didn't perform for the group. The way I see it, Prince threw us a party at his home — and it was divine.

I was surprised then by how late into the night the tunes kept playing at Paisely Park. Looking back, though, I suppose I shouldn't have been. If there is one thing that can keep me dancing, moving, smiling at a party, it's Prince. His music — the first few notes of "Kiss" especially — make me want to stay, make a U-turn from the door and keep dancing. And that's how it feels now.

I'm waiting for the next tune, hoping that Prince returns, even as the stage is being taken apart.