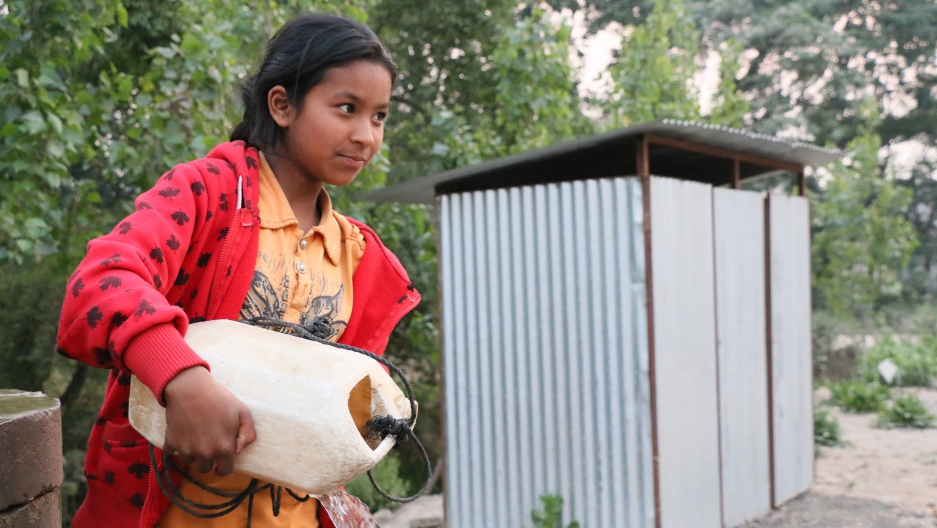 Shreesha Duwal doing chores at the temporary camp in Bhaktapur where she and her family moved after their house was destroyed in the 2015 earthquake in Nepal.

When Shreesha Duwal takes me to her family home in Bhaktapur, outside Kathmandu, there’s just a gaping hole and piles of bricks. The multi-story building collapsed during last year’s earthquake.

“There were 20 houses here, all 20 of them have been destroyed,” she says.

“It pains my heart to stand here. It hurts to see everyone else’s houses gone too.”

Books and clothes, including many of her school uniforms, are buried under the rubble.

Now she lives with her mother, father, brother, and grandfather in a one-room tin shack, in a camp for the displaced that houses 60 families.

Almost a year has gone by since a 7.8-magnitude earthquake destroyed towns and villages across Nepal, on April 25, 2015. It killed more than 8,000 people and left many thousands homeless. But a large number like the Duwal family are waiting for a recovery that's hardly begun. Nepal's government has not yet approved plans for the reconstruction of homes.

In Shreesha's camp, there's no running water and they have to cook outside, making dinner in the dark by the light of the fire. The walls are made of corrugated metal sheets with a tarp for a roof. Clothes hang from long wires next to large bags overflowing with yarn. She and her mother knit gloves for extra money. 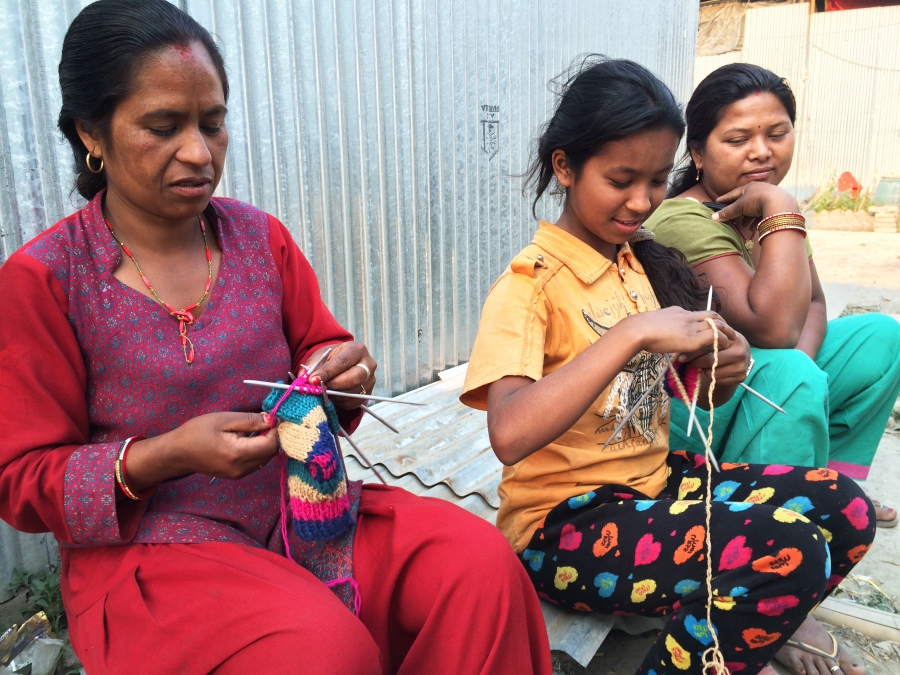 Shreesha Duwal (middle) knits with her mother (left) outside the shack where they now live. They sell the gloves they knit to make extra money.

Shreesha likes to joke about the giant rats that run around the shack. “We have killed so many already,” she says. “But no matter how many we kill, it seems like we have the same amount of rats.”

There’s no escape from the weather either.

“It’s very hot in here,” she says. “During storms, the wind blows the dust inside and makes everything dirty in our small room. When it rains, water leaks inside.”

As a kid, she’s most annoyed by the fact that the TV doesn’t work properly.

“Only half of the screen lights up when we try to watch TV,” she says. “So, I think, what’s even the point?”

Shreesha is a bright, confident eighth grader, but she finds it hard to study with the never-ending construction noise across the street.

When she’s at school, the other kids taunt her for being homeless.

“You don’t even have a house to live in,” they say. “How are you living in one room?”

The camp for people displaced by the earthquake is meant to be temporary, but the government has been slow in doling out funds for reconstruction. Ironically, Shreesha’s father is a construction worker who spends his days building other people’s homes. What little money he earns, he puts toward school fees for his kids.

“I think we will have to stay here for a long time to come,” Shreesha says. 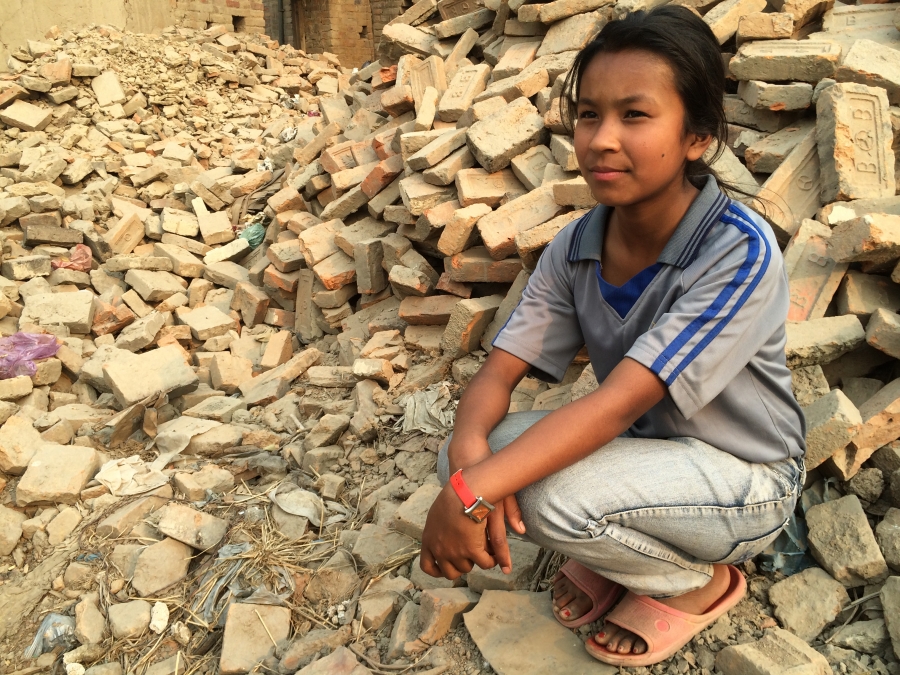 Shreesha Duwal at the site of her former home in Bhaktapur, Nepal

A few days after I meet Shreesha, I join her extended family for the Nepali New Year. They take me up to a tiny, dark room on the third floor of an abandoned building next to their old house. It’s rickety and the floor shakes when anyone walks, but they’re determined to celebrate somewhere outside of the camp.

We drink Mountain Dew soda and eat rice and vegetables. They seem lighthearted, and the meal is full of laughter. Through the window, their old neighborhood still looks like a bombed-out war zone.

When I ask Shreesha what keeps her going, her answer is straightforward.

“It is the dream of having my own house one day, and my own room, that gives me the strength,” she tells me.

After the New Year’s meal, Shreesha, her dad, and cousins lead me through a maze of historical alleyways full of festivities near her old house. We try some of Bhaktapur’s famous “King Curd,” a delicious sweet yogurt, and stop at a temple ceremony to listen to the music.