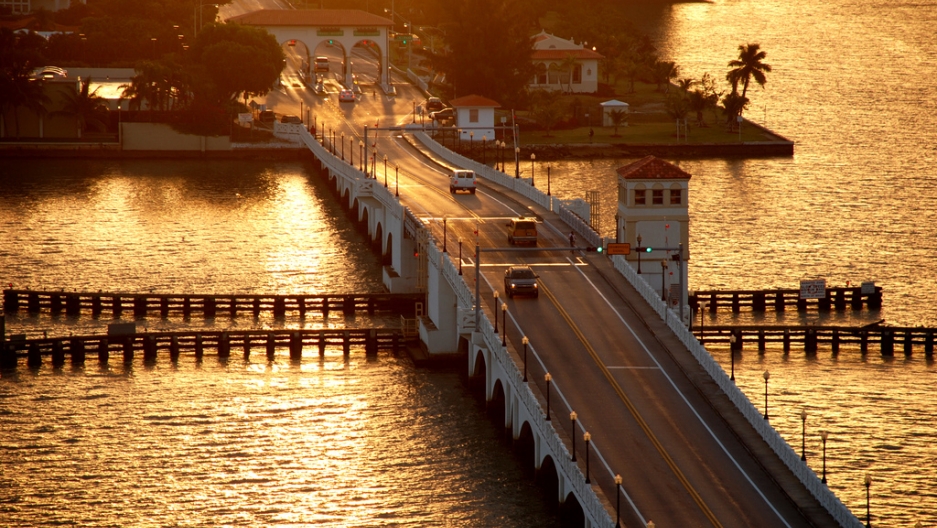 The isles just north of the Venetian Causeway, pictured here, feature some of the ritziest properties in Miami. Some of them bought anonymously through shell companies.

If there’s one parcel of waterfront turf South Florida real estate videos love to gush about, it’s the Sunset Islands.

Located just north of the Venetian Causeway, the four isles feature some of the ritziest properties in Miami — a Planet One-Percent where long yachts are docked next to multimillion-dollar mansions.

And until recently, so did the former head of Brazil’s national soccer federation, Ricardo Teixeira.

Four years ago, you could find Teixeira testifying before Brazil’s Congress — denying charges he took tens of millions of dollars in illegal, FIFA-scandal bribes to fix soccer broadcasting and marketing rights.

That same year, as Brazilian investigators closed in on him, Teixeira resigned as the country’s soccer chief and fled to Miami. He took his allegedly corrupt wealth with him — but he needed to hide it.

“And his wife did it for him,” says Annette Escobar, an attorney and expert on money-laundering at the Miami firm of Astigarraga Davis who has looked at the Teixeira case.

Escobar is referring to Ana Rodrigues — who did what so many foreigners trying to conceal questionable assets in Florida do: She set up a shell company in the Sunshine State.

That set-up “wasn’t clean or open,” says Escobar, “and it could be used for whatever he wanted — when he’s a bribe receiver.”

But the Florida law firm listed as Ochab’s representative did not have to know or report that Teixeira was the money’s real source.

Miami lawyers like Michael Diaz Jr. — who is also an expert on money-laundering and a managing partner at the firm of Diaz Reus & Targ — say law firms should be subject to tougher reporting laws.

“Had legislation been in place requiring lawyers to disclose ultimate beneficiary owners of property, someone probably would have investigated [Ochab],” says Diaz.

Here’s what happened instead: When US officials started cracking down on soccer corruption last year, Ochab hurriedly put Teixeira’s Sunset Islands mansion on the block. In September, it sold for $9 million. In December, the US indicted Teixeira on racketeering charges. But by then he and his millions had fled back to Brazil, where he's safe from extradition to the US (though Brazilian prosecutors could still decide to indict him).

In cases like this, says Diaz, “You have many potential laws being violated — tax laws, money-laundering laws.”

As a result, support for the kind of legislation Diaz mentions might be growing in Florida – especially now that the Panama Papers have exposed how abusive the practice of shell companies has become. Escobar calls it "long overdue" because Miami risks the image Panama and Latin America have saddled themselves with.

“We certainly do not want to be seen as just an extension of South America: 'Let’s just go launder our money there because they’re accepting of corruption,'” says Escobar. “People who have legitimate interests and legitimate money that they want to invest somewhere do not want to be associated with a place that is known for fraud.”

The federal government seems to agree. In January, the Treasury Department’s Financial Crimes Enforcement Network, or FinCEN, started a pilot program in Manhattan and Miami.

It requires certain title insurance providers — who in Florida are often lawyers — to report who the real people are behind shell companies that buy high-end real estate with cash.

But state legislation? Other experts say: Don’t hold your breath.

“There are two sides to this: the growth issue and our reputation,” explains Fort Lauderdale attorney Martin Press, an expert on tax law and wealth-concealment issues at the Gunster law firm.

“In Florida,” says Press, “many of the legislators have looked at this as an economic growth issue. A lot of the construction in downtown Miami and [Miami] Beach is funded by a lot of investment from Latin America — and a lot of it is coming through anonymous entities.”

Press points out that sometimes that can be a good thing.

When Disney was scouting land near Orlando in the 1960s, it used an anonymous shell company. If not, revelations that Disney was the buyer might have sent prices skyrocketing out of reach. And one of Florida’s major economic engines — Disney World — might never have been built.

“So there are legitimate reasons for doing so,” Press says.

Even so, Press warns of one big pitfall of not requiring law firms here to report real shell company beneficiaries: We expect the rest of the world to do it, so the US can pursue international money-laundering cases.

And that inconsistency (which critics call hypocrisy) can make other countries — like, say, Ricardo Teixeira’s native Brazil — less enthusiastic about cooperating with the US.

This story initially appeared on WLRN.org, where Tim Padgett is Americas editor.