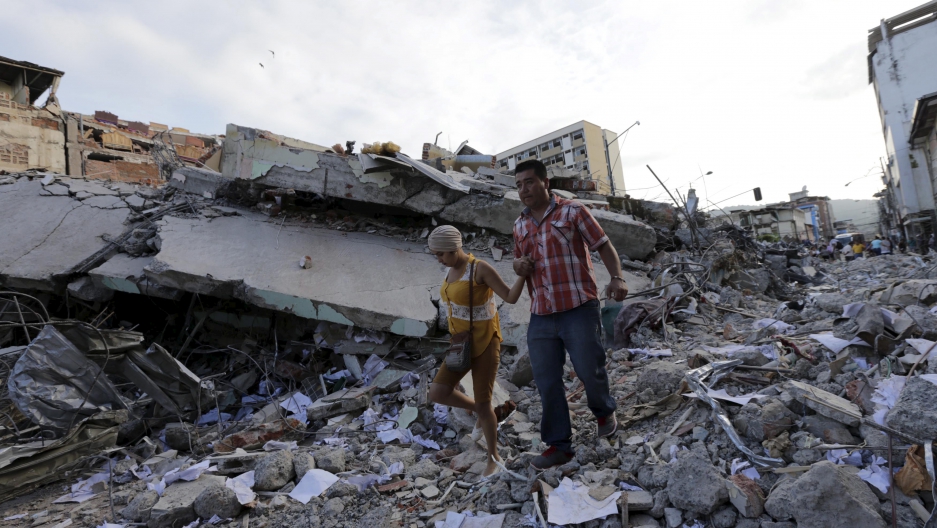 People walk past debris of a collapsed building after an earthquake struck off the Pacific coast, in Portoviejo, Ecuador, April 18, 2016.

The death toll from this weekend's earthquake in Ecuador has climbed past 350 and continues to rise, while another 2,000 or more people are injured.

Media images portray devastation far beyond what anyone could have imagined. And the death toll is only expected to increase, especially in the hard-hit coastal region.

With the three main roads to the coastal region of the country closed down, reaching the most rural and affected areas seems to be one of the biggest challenges for search and rescue teams working to free people trapped beneath collapsed buildings. 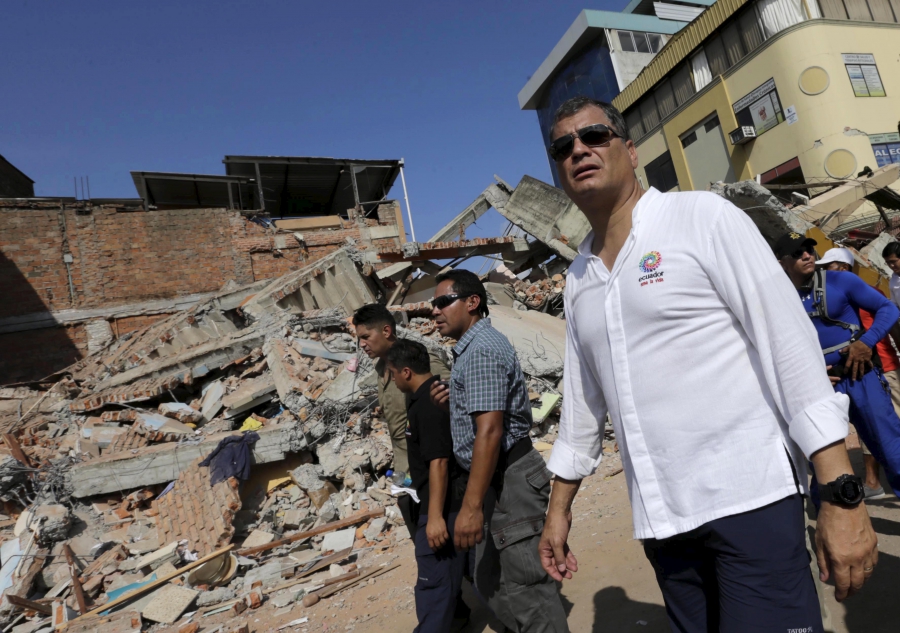 Ecuador's President Rafael Correa, right, walks past a collapsed building after an earthquake struck off the Pacific coast, in Portoviejo, Ecuador, April 18, 2016.

But rescue crews are reaching areas that are more remote. As I walked into Pablo Arturo Suárez hospital this morning, I noticed most people in the emergency area were from the Manabí province.

My mom is from Manta, in Manabí province, one of the cities worst hit by the the weekend's magnitude-7.8 earthquake. I know Manabí well; it's known around Ecuador for its rich cuisine, beautiful beaches and the warmth of its people. Manabitas, as they are called around the country, are fiercely proud of where they come from.

The outpouring of help for Manabitas could not be more uplifting. I have had several calls from colleagues and friends asking about relatives and how to deliver donations to the area. The sense of grieving on Sunday has led to a swift response from Ecuadorians, organizing themselves in teams to reach the worst affected areas.

Others have set up donation collection points to cope with the massive crunch of gifts not just for Manabí, but for Esmeraldas and Guayas provinces, where most of the damage took place.

While the generosity has been massive, some questions linger on social media and in conversations I've had with aid workers in Quito. Will the aid be delivered efficiently? Are we going to get a faster response regarding the death toll and the ongoing search and rescue efforts? How damaged are areas that were neglected to start with?

In a country deeply polarized and divided over political positions and with ongoing challenges in an economy that benefitted from high oil prices and is suffering from plunging prices in the past year, Ecuador faces an uphill battle in how it will cope with the disaster and ultimately rise from it. 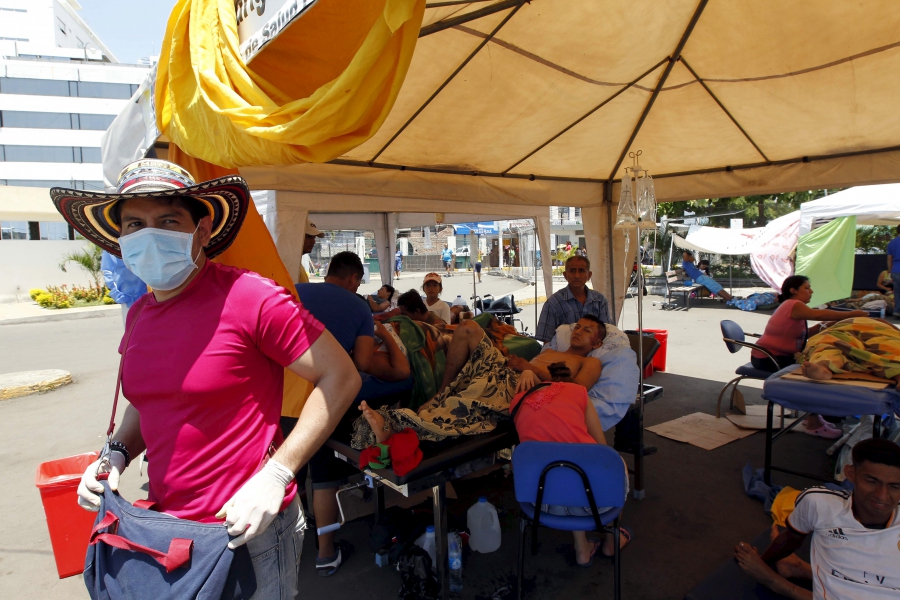 Injured people are atended to at the Rafael Rodriguez Zambrano Hospital after an earthquake struck off Ecuador's Pacific coast, in Manta April 17, 2016.