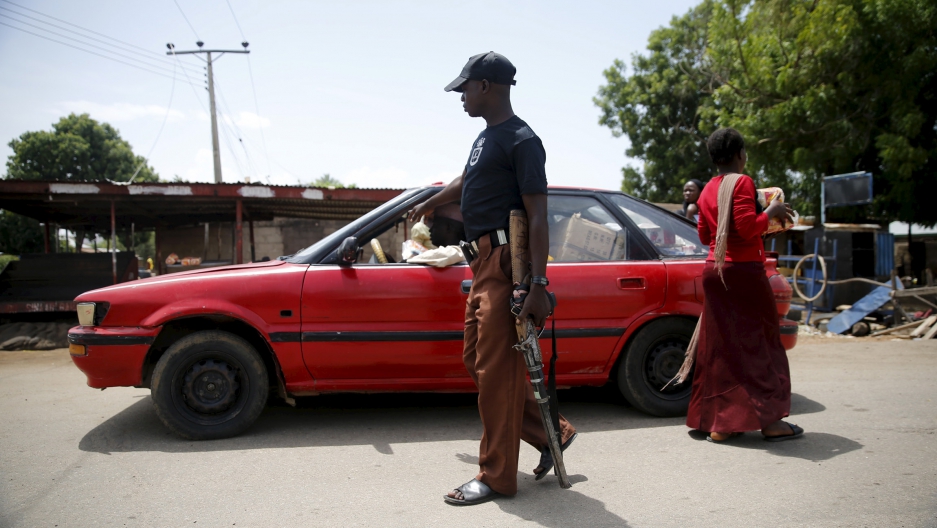 A local vigilante checks a vehicle at a check point in Michika town, after the Nigerian military recaptured it from Boko Haram, in Adamawa state May 10, 2015. It's been more than a year since Boko Haram was kicked out of Michika, but the divisions in the community remain.

It’s been two years since Boko Haram fighters broke into a school and kidnapped 276 young girls in the town of Chibok, in Nigeria.

The plight of the Chibok girls sparked worldwide outrage. Hundreds of thousands of people begged world leaders to do something about it, using the hashtag #bringbackourgirls. A host of celebrities, including First Lady Michelle Obama, joined the conversation.

But in these two years, little has happened. The girls' parents have been left to wonder if their children were even still alive.

This past week, a few parents finally got some answers in the form of a video obtained by CNN. The video — which shows 15 girls identifying themselves one-by-one — was sent to negotiators by their captors as a proof of life.

It’s a glimmer of hope for some parents, but the reality is that getting the girls home would just be step one.

Dyan Mazurana, a research director at the Fletcher School of Law and Diplomacy at Tufts University, says no one knows for sure what’s happened to the Chibok girls in the past two years, but situations like theirs usually fall into a recognizable pattern involving forced marriage, rape, physical and mental abuse and forced impregnation.

“It’s a way to terrorize populations into behaving the way you want, but also it’s about building up your own group and rewarding your commanders and keeping that group intact,” she says.

But it also means that young girls — many of whom are returning with children born out of rape — face unique and often times more difficult challenges when it comes to reintegration than boys. Their children are constant reminder of their link to the terrorist group, and Mazurana says forced brides actually face even more violence than boys who are more involved in actual combat.

Another unique challenge facing girls is that they're often held much longer than boys. Mazurana says in her research she’s seen armed groups release several hundreds of boy child soldiers at a time, but less than five girls.

“When those girls come out, particularly when they come out with children, they are associated in the community’s eyes with the group,” she says.

While boys do suffer immensely, she says, they seem to have greater success finding work and building new lives for themselves.

Boko Haram also increasingly uses children as suicide bombers. A new study from UNICEF shows that the number of children involved in suicide attacks in Nigeria, Cameroon, Chat and Niger has increased ten-fold in the past year.

And of those children, 75 percent are girls.

These children are often seen as security threats when they finally return home, and that distrust can sow seeds that make it more difficult for the next generation to rebuild.

One place where this breakdown is evident is in Michika.

Boko Haram has been out of Michika for more than year, but writer Adaobi Tricia Nwaubani says you can still see and feel the effects of their terror tactics in the streets. 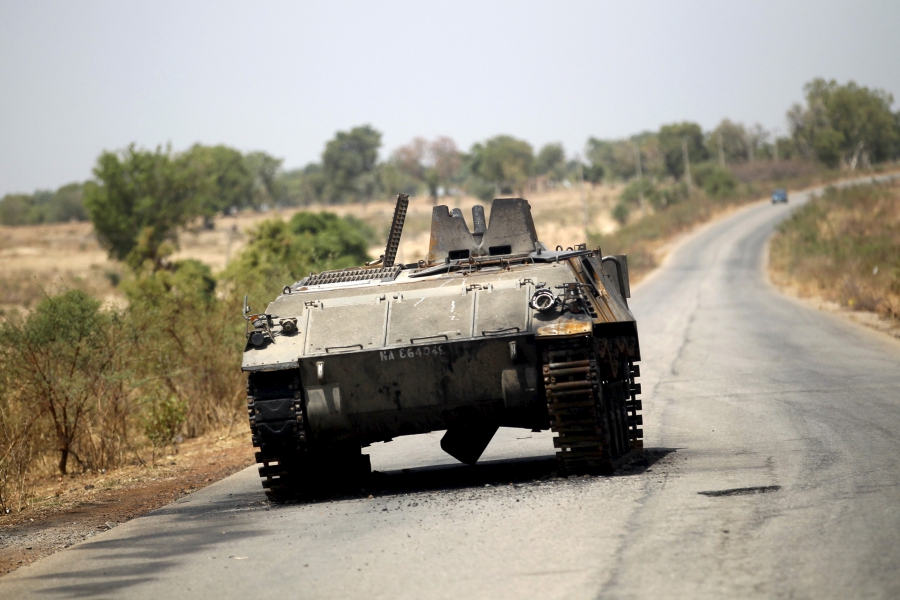 A military armoured tank is seen abandoned along a road after the Nigerian military recaptures the town of Michika from Boko Haram, Adamawa state May 10, 2015.

Listen to our interview with Adaobi Tricia Nwaubani

Market days are incredibly important, especially for an agricultural community like Michika.

“The market day is supposed to be the most important day of the week,” she says. “People tend to know the market days of each town, and they come on those days to buy the produce from the farm.”

Without those day-to-day or week-to-week interactions, it’s incredibly difficult to rebuild the community.

In a piece she wrote for the BBC, Nwaubani quotes a Christian man who says he feels taken advantage of because his religion tells him to treat people well.

Later, a Muslim woman complains that people ask her what she’s hiding under her hijab, as if she’s hiding a suicide bomb.

And even within religious groups, there is suspicion that people could be Boko Haram sympathizers.

“What we’re seeing in Michika is the kind of thing that could happen in Europe, and elsewhere in the world," Nwaubani says. "[People] assume that the devastation being perpetrated by the terrorists is something that all Muslims support. I think that's the mentality that's playing out in Michika."