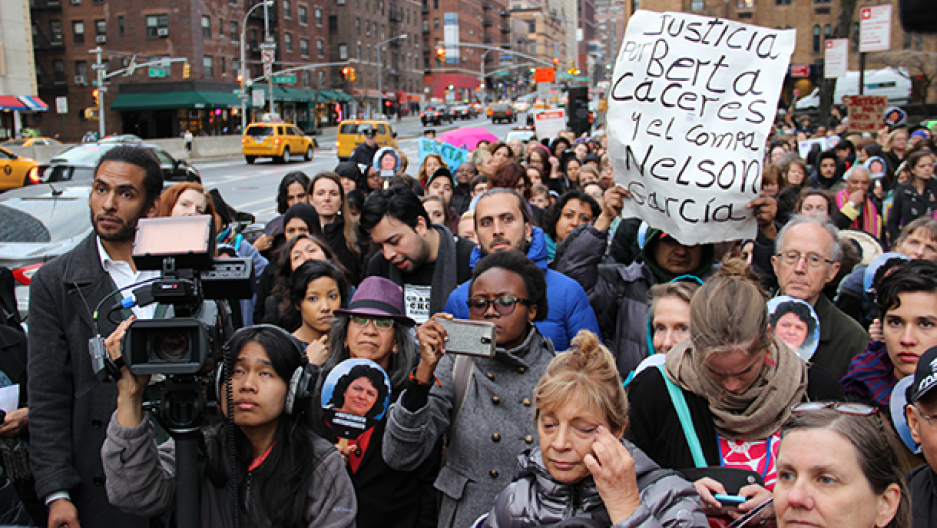 Two major financiers of the Agua Zarca dam project in Honduras have suspended their financial support in the wake of the high-profile murders of Berta Cáceres and Nelson Garcia, activists who opposed the dam.

FMO, from the Netherlands, and FinnFund, from Finland, use public money to invest in projects in developing countries. “They operate almost like a private bank at arms length from the government, often without much public oversight,” says Peter Bosshard, executive director of International Rivers, an environmental NGO.

Cáceres and Garcia both belonged to the Council of Indigenous and Popular Organizations of Honduras, or COPINH, a group that fights to stop development projects that are opposed by local indigenous populations.

According to Bosshard, FMO, the Dutch financier and the bigger of the two institutions, has been closely involved in a series of projects in Guatemala and Panama that have encountered a lot of resistance from indigenous peoples. In several cases, local activists, like those in Honduras, were killed to make way for these projects, Bosshard says.

“They have operated away from the limelight, but they have quite a bad track record when it comes to respecting indigenous rights and human rights more generally,” he maintains.

The banks have not formally pulled out of the project yet. They suspended their support after Cáceres and Garzia were killed, due to immense public pressure.

“My hunch is that probably the governments, particularly the Dutch government, realized that this was just too embarrassing,” Bosshard says. “The Netherlands and Finland typically have quite strong policies on human rights and here are these actors which operate with taxpayers’ money and become accomplices in such human rights abuses ... If we don't keep up public pressure, they may well continue to fund this project, but chances are they will have to pull out eventually.”

The two European financiers have contributed $20 million out of project loans totaling $44 million — almost half of the funding — but most of the loans have not been dispersed yet. “The Agua Zarca dam has not progressed very far into construction, so if they pulled out at this stage, it would be difficult for the dam builder to replace them, particularly after what has happened,” Bosshard says.

Under international law, indigenous peoples have the right to prior informed consent, a kind of veto power over projects in their territories. Since 2009, when a right-wing government came to power in Honduras after a military coup, this law has been ignored, Bosshard says. The government has sold off lands on a massive scale to private investors, over the opposition of indigenous population. The Agua Zarca dam is one example.

The US role in Honduras is complicated and needs closer scrutiny, according to Bosshard. “Honduras is part of a corridor through which a lot of trucks get smuggled into the United States,” he explains, “so there is US aid for the Honduran military, which has been an accomplice in many of these human rights violations. That's our main concern when it comes to the US role in Honduras.”