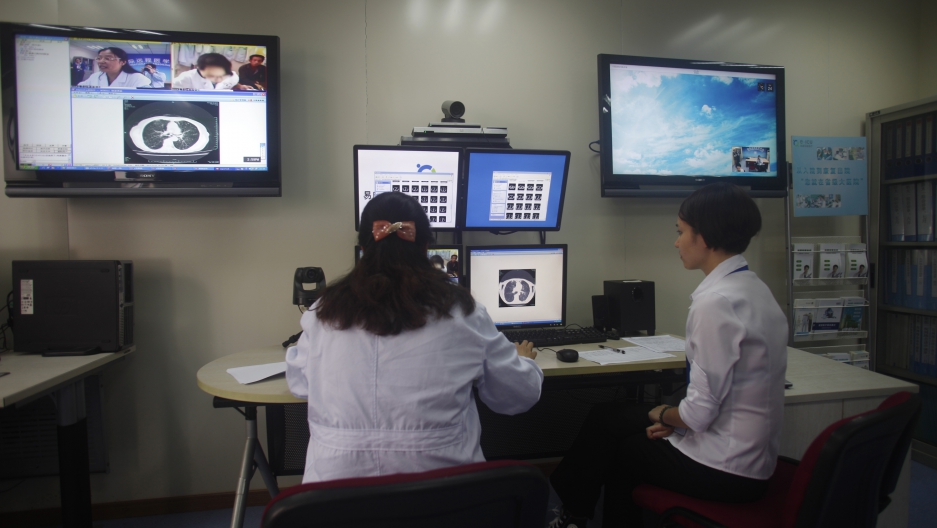 Thirty-nine shrink-wrapped pills sat in front of Brooke Levitt, a nurse at a respected hospital in San Francisco. It was an antibiotic called Septra. And the prescription said to administer all 39 of the pills to a 16-year-old boy, Pablo Garcia, who had been admitted for a colonoscopy.

The dose seemed like a lot to Levitt, who had been working at the hospital for 10 months. She thought of checking with the head nurse, but decided not to. That nurse was busy.

Levitt scanned the barcode on the first pill, which told her the intended dose was indeed 39 pills. She wondered if maybe Garcia was on some kind of research program.

So she unwrapped each pill, put them in a cup, and gave them to Garcia. He swallowed each of the pills, which filled half a cup. Hours later, he suffered a grand mal seizure and stopped breathing.

He had overdosed on the pills.

Dr. Robert Wachter is a professor and interim chair of the department of medicine at the University of California, San Francisco. He spoke with Levitt about what happened.

“When I asked her what she was thinking when she gave this kid the 39 pills, she said, ‘Well, I thought what a good kid he is to take all of these pills,’" Wachter says. “And then she stopped for a second and started crying. Because obviously in retrospect, she knows this is crazy.”

Garcia survived the overdose, but Wachter says the episode is a glaring example of how new technology can fail us in our hospitals. It inspired him to write a book, The Digital Doctor: Hope, Hype, and Harm at the Dawn of Medicine's Computer Age.

Of course, digital interfaces, pop-up alerts, and automated handling of prescriptions are supposed to make our hospitals safer. But they all contributed to Garcia’s overdose.

“People defer to the technology because we’ve gotten so used to it being righter than we are,” Wachter says. “That’s a real danger.”

“If you go in and see your doctor, there’s a pretty good chance these days the doctor will ask you a question and as soon as you start speaking the doctor’s head will be down in his or her laptop,” Wachter says.

And, he adds that technology isn’t just getting between doctors and their patients. It’s also following doctors home.  “Many of our doctors spend the day doing what they used to do and then go home for two or three or four hours of digital work. Nobody really anticipated that.”

But Wachter doesn't want to rip the computers out of hospitals and burn them in a giant fire. His book is more cautionary tale than call for revolution.

So how do we navigate this brave new medical world?

Wachter says it might be wise to avoid hospitals that have just implemented a new computer system. It usually takes months and even years to work out the kinks.

But he adds that he wouldn’t go to a hospital that wasn’t technologically up-to-date. He expects electronic medical records, barcodes, and “smart” pumps.

“I do think — on net — it makes care better and safer. And it’s easy to get romantic about the old days. I mean, the old days were pretty bad,” Wachter says.