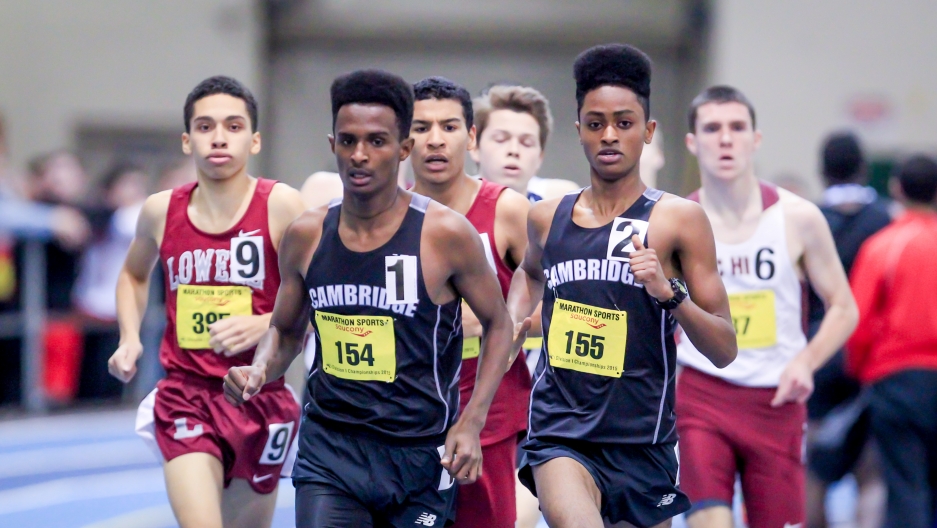 They’re both 18, both high-school seniors in Massachusetts, both headed into their final season on the track team competing in the mile and two-mile. If you see one running, you’ll probably see the other.

Daniel Aschale and Esu Alemseged met in middle school when they were both recent immigrants from Ethiopia, learning English and trying to fit in. Aschale got into running through his older sister. When she took up running, his mother made him go with her on long runs for her safety. (She now runs for Colby-Sawyer College.)

“If she weren’t on the track team, I wouldn’t be running at all,” he says. “My mom kind of like forced me to start running with her. It changed the whole direction of my life.”

Alemseged always loved running but mostly because he played soccer. When the two friends got to Cambridge Rindge and Latin School, Aschale persuaded his friend to try cross-country. Alemseged almost quit after the first practice, because it was so gruelling. But he soon discovered he had raw talent.

“We had a race a couple days after the first day and I was like 5th or 6th and then I just got better and better,” he says. “I liked it, but what I liked the most was my coach. Every time you do good or don’t do good, he doesn’t discourage you whatsoever. Even if it’s a bad race, he tells you a way to improve it.”

The coach he’s talking about is Scott Cody. Cody ran for Cambridge 30 years ago and he’s been back coaching for 20. He likes to point out that includes 60 running seasons, when you count cross-country, indoor track and outdoor track. He says Aschale and Alemseged have helped take the team to another level.

“It’s the most successful four-year run we’ve had with a distance group,” he says. “They’re really dedicated. They’re serious, but they keep it loose.”

Cody didn’t know what to expect when they showed up as freshmen four years ago.

“They were sort of hiding in the back,” he says. “Usually I don’t want freshmen there before the season starts. I want to just get the group that I know's been training over the summer and train them really hard.

“Two weeks later, one of the seniors was complaining: ‘You need to talk to these guys, they’re running too fast, they’re pushing on all the runs.’ And I was like, ‘Sorry, these guys are really talented.’”

Both boys say their Ethiopian heritage is a motivating factor in their running.

“I don’t think I’m good at running just because I’m Ethiopian,” says Alemseged. “We work hard every day. But I think if it weren’t for the Ethiopian identity, I wouldn’t be running in the first place.”

He says sometimes when he runs he pretends he’s back in Ethiopia, where he lived until he was 12. He remembers running all the time there, chasing cars, playing soccer. He likes to share his passion for Ethiopia with his teammates. He went back to visit a couple of years ago and came home to Cambridge with an armful of T-shirts for everyone. 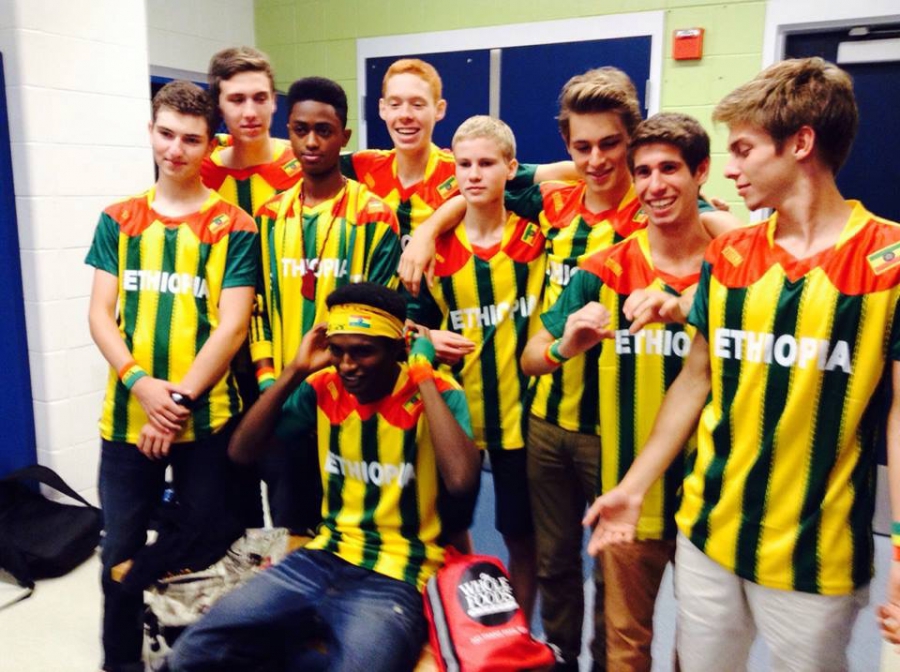 “We wore them to one meet and people thought we were all from Ethiopia or we had been training in Ethiopia,” Alemseged says. “We’re always talking about Ethiopia.”

Desisa is beloved in Boston for gifting his 2013 medal back to the city in commemoration of the victims and survivors of the marathon bombings.

He won again in 2015 and finished second this year to fellow Ethiopian Lemi Berhanu Hayle. Another Ethiopian, Atsede Baysa, won the women's title. It was the first year that Ethiopians had won both races in Boston.

“There’s a feeling of pride,” says Alemseged. “It’s really great when you see someone from the same place.”

Alemseged has a sobering memory of the 2013 race. His mother was at the finish line but left before the bombs went off. He was out watching the race with teammates. They had run part of the course. His mom was frantic trying to find him.

"She thought I was still there," he remembers. "So she was like calling me, and crying, and I didn't have my phone on me. When I came back from running I had a lot of missed calls."

He says what happened in 2013 isn't something anyone will ever forget.

For Aschale, running Boston has become a personal goal.

“This is where I grew up,” he says. “I know the places. I want to be like Lelisa Desisa. I want to win the marathon one day.” 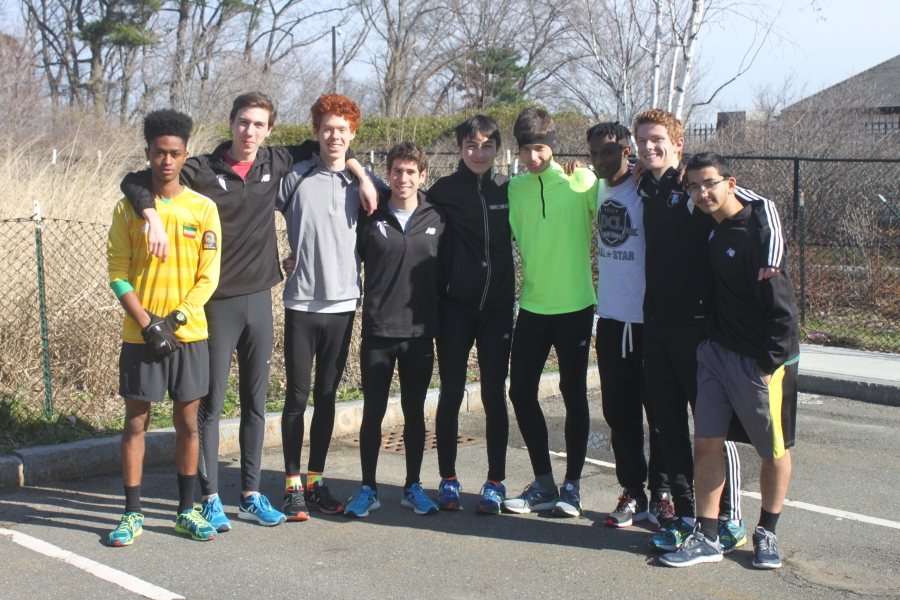 Members of the Cambridge Rindge and Latin School track team before their long run Saturday April 9, 2016

Editor's Note: This story was updated to reflect the winners of the 2016 Boston Marathon.