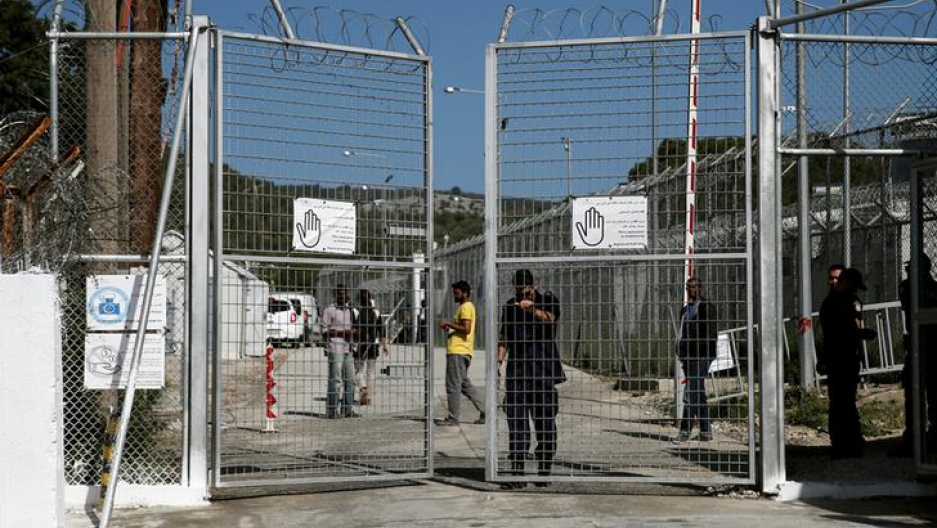 A police officer closes the gate of the Moria holding centre for refugees and migrants, which Pope Francis will visit on April 16 on the Greek island of Lesbos.

Pope Francis is on another humanitarian mission. He's planning a five-hour visit on Saturday to the Greek island of Lesbos, where he'll pray for the hundreds of thousands of refugees who are stranded there after fleeing their war-ravaged countries. Many of them are now stuck in detention camps, having been denied entry to Europe.

In anticipation of the pontiff’s visit, crews were washing the streets, pruning trees and touching up building facades.

But how much of refugee life will the pope really be able to witness during a brief visit?

“I'd like him to see the viewpoint from the reality of the refugees themselves,” says Father Christoforos Schuff, a Greek Orthodox priest on the island. “I've actually seen this a number of times, when dignitaries have come to the island, [the authorities have] cleaned up everything, they’ve even stopped refugees from coming or arriving to the registration center just to make the picture look better.”

Father Christoforus has helped set up camps and coordinate assistance for migrants as they have poured into Lesbos. He says things have changed since Turkey and the European Union inked their agreement to ease the flow of migrants to Europe. Currently nearly 2,300 people on the island are being detained for deportation.

“The truth is the reality is a lot different, especially following the agreement between Turkey and the EU. Everybody who arrives is arrested and put into [the] detention center. That detention center is not very nice, and I'm really hoping they're not going to take [the pope] to another camp, which is a little bit cleaner and looks a bit better. I think the pope really needs to see Moria refugee camp, which actually right now is functioning as a detention center.” 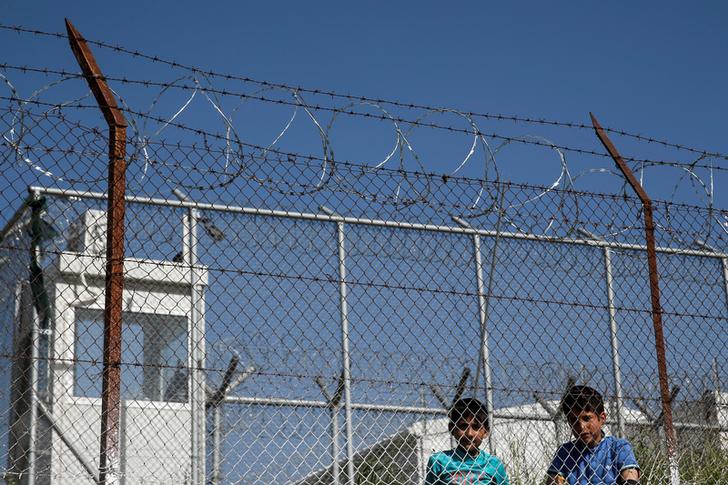 Children are seen behind a fence at the Moria holding centre for refugees and migrants, which Pope Francis will visit on April 16 on the Greek island of Lesbos.
Credit:

Refugees on Lesbos put faith in Pope Francis on eve of visit https://t.co/VDSgTKg1RN

The Moria holding center is filled with people who’ve fled places like Syria and Afghanistan. Since March 20, the refugees and migrants have been locked inside the camp, surrounded by high fences topped with barbed wire. “Really, the situation now is that we're talking about families, small children living there under dire conditions," Christoforos says. "A lot of these people I've talked to said they didn't have milk for the children, they didn't have blankets, and many people were actually sleeping outside.”

More than one million refugees and migrants traveled to EU countries in 2015. Roughly half first landed on the beaches of Lesbos. Some of those beaches are still littered with orange life vests.

"As a doctor, I feel outraged" - Testimony from our staff in #Lesbos, #Greece https://t.co/9Evc0kvhag pic.twitter.com/XhVEAAue4N