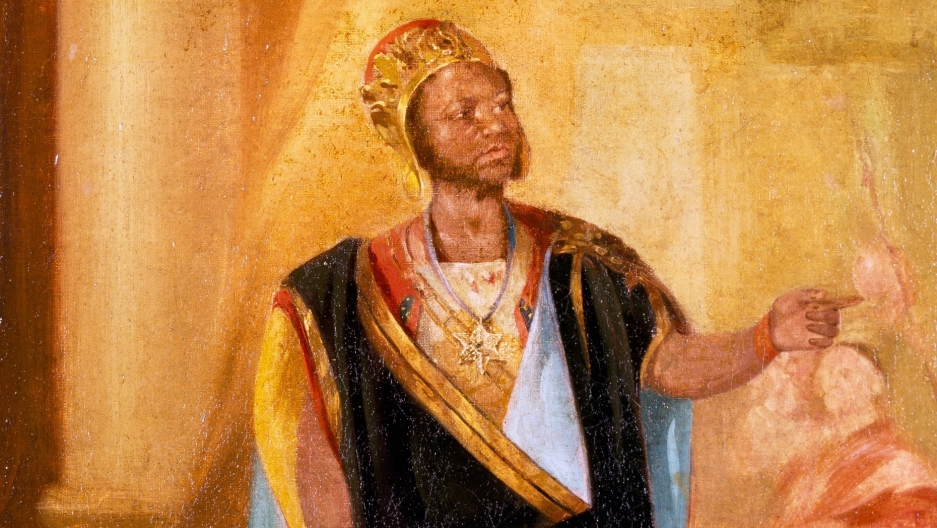 In the mid-1800s, if you were a seamstress or a longshoreman, Shakespeare's plots and characters were not strangers to you. Othello and Desdemona were as well-known then as Homer and Marge are today. But when you went to the theater, the Othello you saw probably wasn't speaking in iambic pentameter --- he was a white actor in blackface parodying African-American speech.

Minstrel shows generally featured whites in blackface playing stereotypes of African Americans, along with other ethnic humor. Francesca Royster of DePaul University says these Shakespeare parodies allowed Americans to explore some tough issues: "fears of miscegenation, issues of slavery, what do you with immigrants." These political problems lost some of their danger when they were put onstage and mocked.

But while there may be things for historians to appreciate about minstrel shows, we tend not to look favorably on blackface performances these days. That racist legacy is one of the reasons that the African-American sense of ownership over Shakespeare is so conflicted.

Caleen Sinnette Jennings of American University explains that, for African-American actors, a lot of Shakespeare's language is also problematic. "References to blackness being evil and ugly and bad --- any person of color is going to have to wrestle with what that means."

Yet, even while it can oppress, Shakespeare's work can also serve as a foot in the door. "Shakespeare has often been used by African Americans as a way of proving worthiness," Jennings says.

In 1827, slavery had just ended in New York. An all-black production of "Richard III" opened at an ice-cream parlor in Manhattan. They were called the African Grove Theatre company, and they were so successful that a rival white theater owner had the actors arrested --- you might say for "performing while black."

One of those actors was Ira Aldridge. "Aldridge became the most famous black actor of the 19th century," according to historian Shane White of the University of Sydney. Aldridge even played Shylock and Richard III in whiteface. But he had to move to England to do it.

It would be another 150 years before a black man played a white Shakespearean role in the U.S. When Joseph Papp created Shakespeare in the Park in New York in the 1970s, he insisted on color-blind casting. That's how actors like James Earl Jones played characters like King Lear.

"It was revolutionary to think that a black actor could say these lines and the play have nothing to do with racial issues," Jennings says. "It was simply the fact that this black actor was a person."

But, in the 1990s, there was a backlash against color-blind casting --- from a surprising place. The African-American playwright August Wilson waged a campaign against color-blind casting. "I would much rather that they do art that is of their own specific ethnic or racial background," Wilson said at the time. He worried that if producers could cast actors of any race in any role, they'd stop funding work by black playwrights. "You're empowering black talent at the expense of black theater," Wilson said.

That's still a common charge, according to Kim Hall of Barnard College, who used to teach Shakespeare at Fordham University. She often hears "this idea that [Shakespeare] doesn't belong to African Americans, and this idea that you should be working on African-American authors."

It seems glib and easy to say Shakespeare belongs to everyone. But in a way, the African-American experience with Shakespeare may be evidence that it's true. Maya Angelou once read Shakespeare's sonnet 29 for the BBC:

When in disgrace with fortune and men's eyes,

I all alone beweep my outcast state,

And trouble deaf heaven with my bootless cries,

And look upon myself and curse my fate.

"That's got to be a black girl who wrote that," Angelou said.