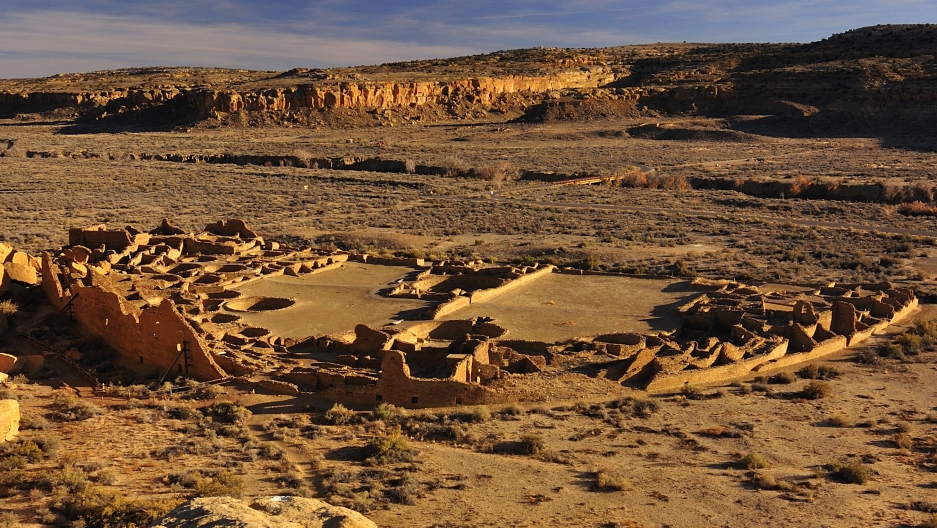 Reporting in Science Advances, researchers say that climate change may have been a factor in the boom-and-bust cycles of ancient Southwest civilizations in the United States.

“Droughts didn't always impact societies in the past,” says archaeologist Kyle Bocinsky, one of the authors of the study. “There were plenty of times in which the Pueblo people did just fine in the face of pretty dramatic climate downturns. But we also found that a combination of social organization, inequality and climate change did prompt revolutions in Pueblo society, and not just once, but four times in the Pueblo past between 8500 and 1400.”

For his study Bocinsky researched two large databases related to tree rings found at archaeological sites. Based on the tree rings, he and his team identified patterns in Pueblo corn agriculture and information about when ancient Pueblo communities might have faced serious droughts. He found that when revolutions triggered by climate change and inequality did occur, they affected many parts of Pueblo life.

“They were sort of up-ending the way that people were living,” Bocinsky says. “These places were pretty unequal at different times. So, for instance, around the early 1100s people were building these large structures … and that would have taken a lot of people coming together and building these large buildings all across the Southwest. Well, during the mid-1100s that entire system falls apart. There's a lot of violence on the landscape. People move, leave those great houses, leave those villages and start living sort of on their own out in hamlets or small farming towns across the Southwest. But over time they aggregated together again and formed large villages once again and the cycle sort of repeated itself. Climate challenge came along — a big drought — and that undermined the sort of credibility of that social system and people said, ‘You know what? We're done with it. We're going to try something different.’”

The biggest Pueblo revolution, Bocinsky says, happened in the late 1200s when there was a mass movement of Pueblo people from the Four Corners region to the south.

“They actually created an entirely new society,” Bocinsky says. “We see it in their architecture. They went from living in these villages where people were in very different sized homes, and had differential access to resources … to living in these large plaza pueblos … like large apartment buildings, where everybody was in these cookie-cutter-sized apartments all around a central plaza … so everybody had equal access to these resources. So they move from a society where there's a lot of inequality to one where you have a more egalitarian, more communitarian system.”

Bocinsky says the droughts faced by the ancient Pueblo are similar to what California is facing now.

“They're similar both in duration but they're even more similar in that they're happening in a social context of great inequality in our country,” Bocinsky says.

The archaeologist thinks we have a lot to learn from ancient Pueblo cultures.

“Inequality, especially within economic and ritual systems and government systems can have a real pernicious effect and destabilize societies from the bottom up,” Bocinsky says. “When you live in an unequal system that's hierarchical, people can blame that system. And I think that the current dialogue that's happening in this country has to do with that type of process.”