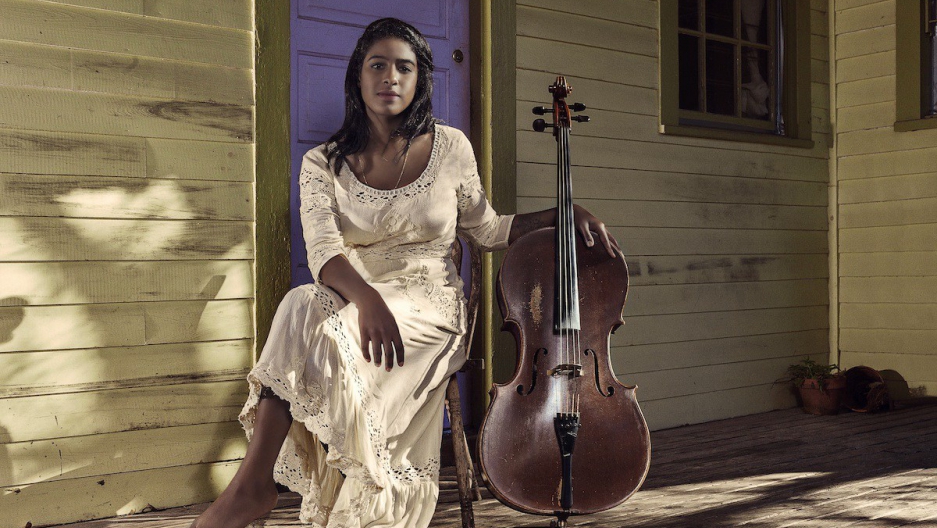 Creole and French — two cultures common to both Haiti and Louisiana.

But there are major differences in how the two communities honor their heritage. And if you're an American with Haitian roots, it can be even more complicated.

Leyla McCalla is a cellist. Her parents are Haitian. She was born in New York, but now lives in New Orleans.

McCalla's new recording, "A Day for the Hunter, A Day for the Prey," is all about exploring connections between Haiti and Louisiana.

The title comes from a Haitian proverb. It's also the title of a book by musicologist Gage Averill. McCalla says Averill wrote about "a tradition of songwriting that comes from the various refugee crises of the '90s, with Haitian boat people." And so, McCalla wrote the title tune from the perspective of someone deciding whether to get in the boat.

McCalla says when she first moved to New Orleans, she wasn't aware how much Haitian history there is in Louisiana. "I'd go to a cemetary and I'd see my family name and it just got me thinking, what's going on here?" She found a lot of people in Louisiana who aren't aware of their Haitian roots.

"There's a lot of people, especially in the black community in New Orleans, who are very disconnected from their history because of years and years of racism and systematic oppression."

Through song, McCalla tries to find solutions and "find some sense of healing."

At her concerts, McCalla sometimes finds herself in the role of a teacher. She says someone from the audience will often come up to her after the show and say they've learned something. And yet, McCalla confesses, she's just trying to process everything. "I feel like I'm sharing my experience more than I'm saying, 'this is what you need to know and this is what happened.' I definitely don't want to be pendantic. I'm more interested in sharing my experience and having that be recognized as a valid thing."

Check out this mini-documentary about Leyla's work: