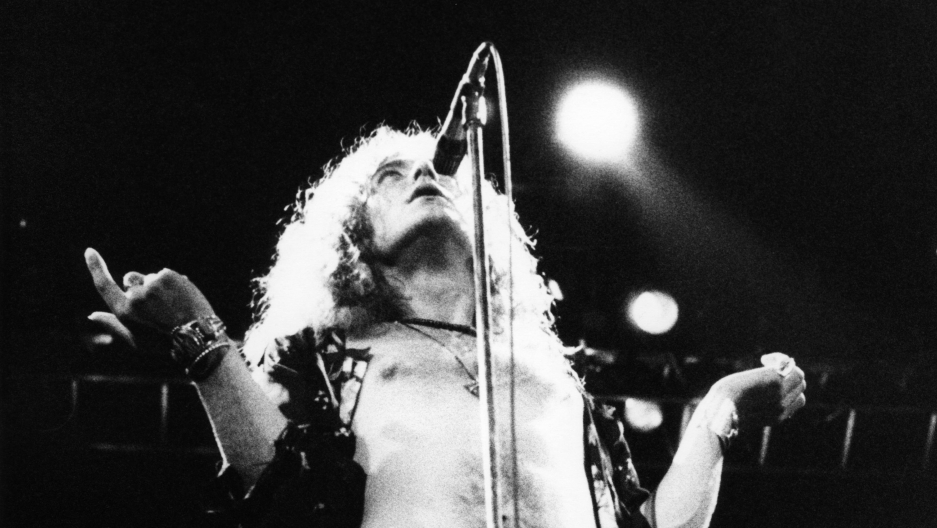 Led Zeppelin's "Stairway to Heaven" is one of the most famous riffs in rock music.

Just ask Wayne Campbell. Remember the "No Stairway" sign in the guitar store in the movie "Wayne's World?"

The legend is that Zep's Robert Plant and Jimmy Page wrote Stairway at an old farmhouse in Wales.

A while back, Page spoke to the BBC about the song: "I've wanted to try to put something together, which started with quite a fragile, exposed acoustic guitar."

"Stairway" was released in 1971. But here's the thing, a couple of years earlier, Led Zeppelin had toured with an American band named Spirit.

And at the time, Spirit was performing a song — a two minute instrumental called "Taurus."

Check out the opening.

Randy Wolfe — or Randy California as he was also known — was the Spirit guitarist who wrote "Taurus." He died in 1997.

But a trustee for his estate has brought a lawsuit against Led Zeppelin.

Michael Skidmore argues that Plant and Page got the idea from hearing Spirit perform "Taurus." And he might have a point.

"The bands went on tour together, that was the key thing," Rolling Stone's Anthony DeCurtis told the BBC. "Spirit was a reasonably well known group at the time. There's a lot of evidence for the fact that Jimmy Page would have heard this. ... Also, I mean, Led Zeppelin has a troubled record in this regard. There have been any number of songs where they have had to add song writing credits to other artists. So the fact that this is going to trial is a matter of concern for them for sure."

Now, a federal judge in Los Angeles has ruled that a jury should decide.

Judge Gary Klausner wrote: "While it is true that a descending chromatic four chord progression is a common convention that abounds in the music industry, the similarities here transcend this core structure."

But why now? Randy Wolfe or his trustee could've brought a lawsuit a long time ago.

Anthony DeCurtis says it comes down to Robin Thicke.

"There's a receptive audience for these kinds of charges of musical plagarism," he said. "We had a case recently with 'Blurred Lines' by Robin Thicke with the Marvin Gaye song 'Got To Give It Up.' There was a tremendous settlement. I think anybody who potentially has a copyright is thinking, 'well gee,' — and fans are saying this all over the internet — 'I should take my shot at a court of law and see what I can get from this.'"

The trial is scheduled for early next month.

If Michael Skidmore, Wolfe's trustee, wins, he'll only get 50 percent of any damages awarded.

Oh, and for the record, "No Taurus" just doesn't have the same cachet as "No Stairway."