Germans have been laughing out loud about a Hitler film for a while, but now it's available for the rest of us, on Netflix.

"Look Who's Back" (the German title is "Er Ist Wieder Da") is adapted from a bestselling satirical novel by German author Timur Vermes.

The conceit of the book is what would happen if Adolf Hitler returned to Germany 70 years after this death. How would he respond to the multicultural country that Germany has become? But when German director David Wnendt adapted it into a film, he turned the tables to focus on the German people.

"The book is completely fiction. You read it and it's just like an author's imagination. I had this idea that if you turned it into a film you could try out the main hypothesis of the book. The book is about Hitler coming back and how people react to him and whether he would have another chance today. And using documentary film means I would be able to really test that, really see actually how people would react?" 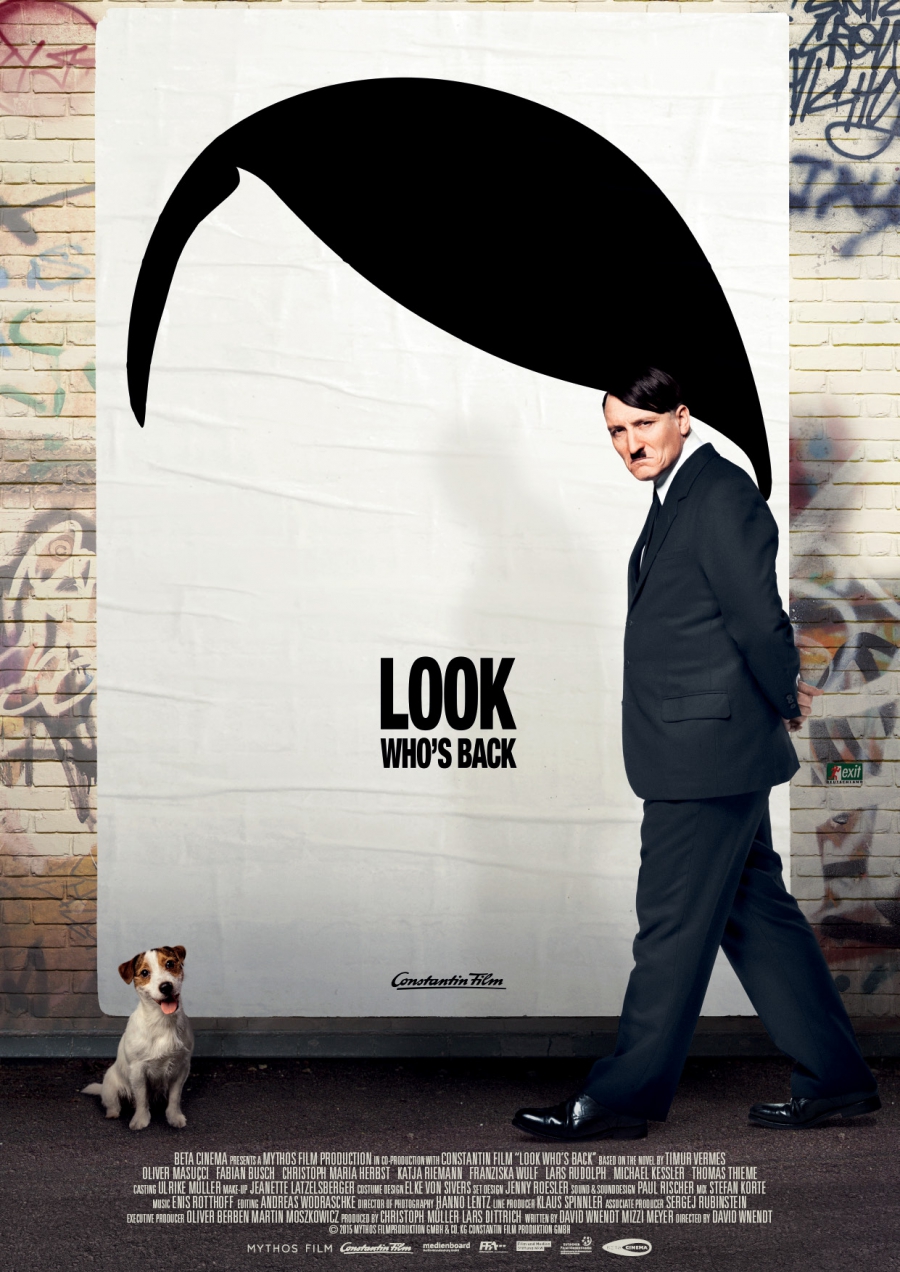 Before shooting the dramatic film, Wnendt took the actor who plays Hitler all over Germany, dressed as Hitler and in character, to find out. The result is a mockumentary that makes you laugh and then it makes you feel uncomfortable that you're laughing.

Wnendt believes it's better for Germans to laugh about Hitler than to demonize him.

The plot of "Look Who's Back" is simple, sort of. It's today's Germany and Hitler wakes up, still in uniform. He's lying on the grass in Berlin, on the exact spot where his bunker was, the place he spent the final days of the Third Reich and where he committed suicide with Eva Braun in April 1945.

But it's the digital age, so someone sees him and videotapes him. It goes viral. Eventually some ambitious and craven TV producers find out about him and turn him into a star.

This Hitler is less shouty than the real one (most of the time). He speaks in a more fatherly tone, but his fascist core comes through, if Germans would realize it. But they don't, even when an elderly Jewish woman recognizes him as the real Hitler. Nonetheless, Hitler goes on to gain a huge following.

Oliver Masucci, the actor who plays Hitler, spent nearly a year traveling around Germany completely in character. He said it was a disturbing experience.

"The first thing they did was take selfies. I took about 25,0000 selfies. First [people] laughed and asked why I was dressed as Hitler," Masucci said.

He explained that he was Hitler and told them he was shooting a movie so people could tell him what they really think about today's Germany. "Then people started to talk to me. This was really awful."

Masucci says Germans told him they thought democracy wasn't working, that Germany needed another strongman, that refugees should be sent home and the unemployed should be put in labor camps.

Wnendt acknowledges that the Germans who spoke to "Hitler" knew that they were speaking to an actor dressed as him. But there was a depth to what they said that was chilling.

"They forgot about the camera and really took him seriously. When he gave them his ideas on immigration, they thought those ideas were great. No matter where we went, there were always people who really kind of fell for him. And that's kind of sad in a way. It was good for the film, but it's sad for our country." 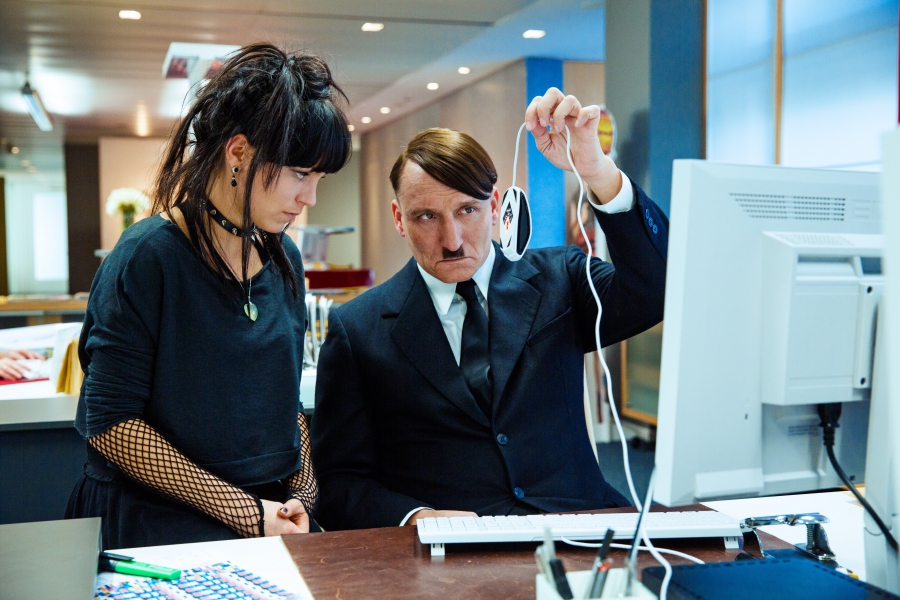 "Look Who's Back" is unmistakeably funny. It makes you laugh out loud. You see the Hitler character trying to learn how to use a computer and mouse. He wants the username Adolf Hitler but it's already taken.

In the film, the TV producers are ruthless in their careerism. And the only scene in which "Hitler" gets in trouble is when an online video turns up showing him shooting an annoying dog.

As a filmgoer, it's refreshing to see a German satirical film. The Germans aren't exactly known for their sense of humor. Then Wnendt reminds us why this is.

"Before Hitler came to power, the Jews in Germany were a huge part of the entertainment industry. Jewish humor has a long and strong tradition. Because of the Holocaust, we still, up to today, can still feel that loss of humor and creativity because of the Third Reich."

And that's exactly the raw nerve that "Look Who's Back" succeeds in touching.

Actor Oliver Masucci as Hitler at a Berlin news kiosk realizing he's woken up in the 21st century.