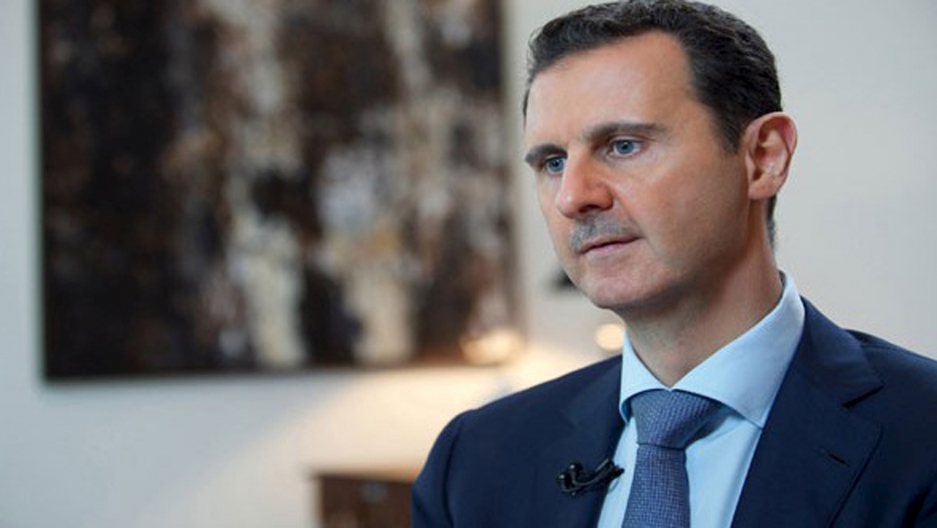 Syria's President Bashar al-Assad during an interview in 2015

Syrian President Bashar al-Assad can be successfully prosecuted for war crimes. That’s the conclusion of a group of independent lawyers who have obtained top-secret documents from the highest levels of the Syrian government. All they need to put Assad behind bars, they say, is a court.

The work of the lawyers is detailed by Ben Taub in an article for the latest edition of the New Yorker.

In particular, the 600,000 pages of documentation show Assad has command responsibility for the extra-judicial detention, torture and killing of thousands of his own citizens.

Taub was allowed to see the lawyers at work and review their documentation. The lawyers make up an independent body called the Commission for International Justice and Accountability, or CIJA. The CIJA was set up in 2012 and has slowly been accumulating documents captured by rebels.

But Taub says the CIJA had a big break when a mole in Damascus began leaking documents “from within Assad’s highest level security committee, called the Central Crisis Management Cell.”

“This was a cell composed of about a dozen senior regime operatives whom Assad had personally appointed to handle the crisis in March 2011," Taub says. "They would draft proposals for each security issue, and send them by courier to Assad, who would then sign these directives and return them for implementation.”

Astonishingly, these documents are almost all original paper copies that were physically smuggled out of the country at immense personal risk to the operatives at the CIJA.

Stephen Rapp is the former US ambassador-at-large for war crimes, and is currently a fellow at the Hague Institute for Global Justice. As an adviser to CIJA, Rapp has had a chance to review the documents.

Rapp worked as a prosecutor in the war crimes tribunals for Rwanda and Sierra Leone.

He says the evidence available for Assad in Syria “is far stronger, in terms of that direct connection, than we had in those other trials [in which] we generally prevailed."

“If we have a court to take [the documents] to,” says Rapp, “we could charge and prove cases against the top level of the Syrian regime for murder, torture, crimes against humanity and war crimes.”

Rapp says there are signed orders going down the chain of command, and reports coming back up describing exactly what was being done. Rapp says the killings of at least 10,000 people can be documented to the highest levels.

“There’s these different parts of this maze of a state structure that are each communicating about these acts,” says Rapp. “So we’ve got it at both ends, and the middle of the linkage. So that’s why this is so impressive.”

However, evidence will not lead to a prosecution without political support. A case cannot be taken up by the International Criminal Court in The Hague without being referred by the United Nations. Russia and China blocked an attempt to set up a tribunal for Syria in 2012 and would likely do so again.

National courts might have jurisdiction if their nationals were affected, but no national court has power over a sitting head of state.

But Rapp and the CIJA are confident that circumstances will change and the evidence will be ready when that time comes. In the meantime, Rapp believes the weight of evidence will make it harder for the world to ignore Assad’s alleged crimes.