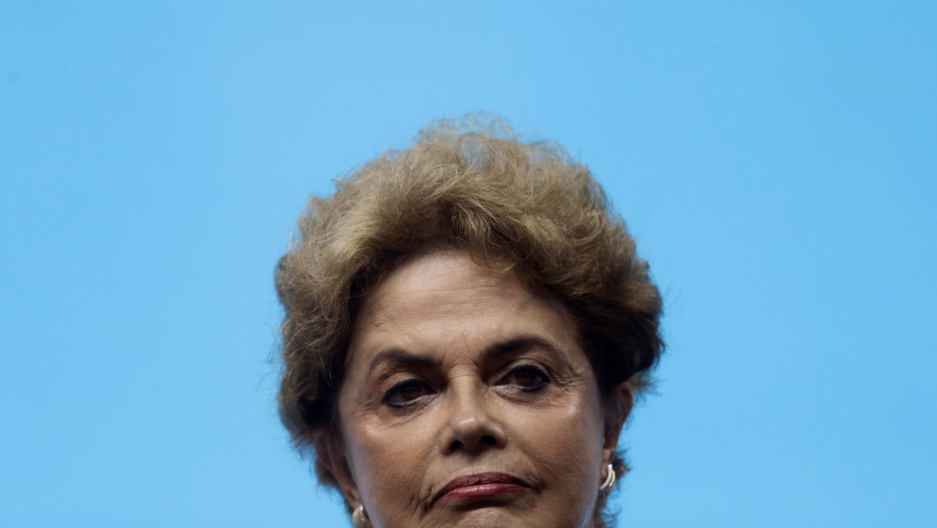 A tense, divided Brazil held its breath and braced for disturbances on the streets Monday ahead of a vote to decide whether President Dilma Rousseff should face impeachment.

Action was to kick off with a congressional commission's non-binding vote at about 5:00 pm local time (4:00 pm EST) on whether to recommend impeachment.

Then on Friday, the full lower house is expected to open debate, with a vote either April 17 or 18 where a two-thirds majority would send Rousseff's case to the Senate. Anything less would allow the former Marxist guerrilla to stay in power.

The commission appears poised to call for Rousseff's impeachment, based on allegations that she fiddled accounts to mask the dire state of the government budget during her 2014 re-election.

However, the lower house vote in a week's time — when it really matters — is on a knife edge.

The latest survey of the 513 deputies by Estadao daily on Sunday showed 289 in favor, still short of the 342 needed to carry the motion. The count showed 115 opposing impeachment, with 172 required to impose a defeat.

That left the result in the hands of the 109 deputies still undecided or not stating a position.

With Latin America's biggest country gripped by recession, political paralysis and a vast corruption scandal, the stakes are huge and passions on both sides intense.

A barricade was erected along the Esplanade of Ministries in the capital Brasilia to separate opposing protesters that police expect could number as many as 300,000 during the lower house vote.

More than 4,000 police and firefighters will be on duty, G1 news site reported.

If the case is taken up by the Senate after being confirmed by the lower house, Rousseff would have to step down for up to 180 days while a trial is held. Her vice president, Michel Temer, who has gone over to the opposition, would take the reins.

Temer would also remain president if a two-thirds majority in the Senate votes to depose Rousseff.

Some in the opposition have declared Rousseff politically dead ever since Temer's PMDB party, the largest in Brazil, quit her ruling coalition and joined the pro-impeachment ranks last month.

However, Rousseff, who was tortured under Brazil's military dictatorship, has fought back, helped by ally and former president Luiz Inacio Lula da Silva, who is overseeing frantic negotiations to rebuild an impeachment-proof coalition.

Rousseff has rock-bottom popularity ratings but as the moment of truth approaches, Brazilians are looking more closely at Temer, the man who would automatically become president. They do not seem to like what they see.

A poll by the respected Datafolha institute on Saturday showed that 61 percent support impeachment, down from 68 percent in mid-March.

But 58 percent also said they would like to see Temer impeached too.

Several factors could still turn events on their head in this week's countdown to the lower house vote.

One is the Operation Car Wash probe that has revealed a giant corruption network based around state oil company Petrobras.

A Who's Who of Brazilian executives and high-ranking politicians, including many linked closely to Rousseff and Lula, have been prosecuted or investigated. Lula himself has been charged with money laundering.

The government says that the probe has become a political tool to boost the impeachment drive.

Another wild card is Lula. An attempt to name him to the government was blocked in the Supreme Court after accusations that he and Rousseff were conspiring to win him ministerial immunity from the Car Wash prosecutors.

The Supreme Court is due to rule in the near future on whether he can formally enter government and the decision would be sure to make waves.

Datafolha's poll shows that Lula remains a serious force, polling competitively against his nearest rival if he were to run for the presidency. Temer, meanwhile, would be supported by just one to two percent.