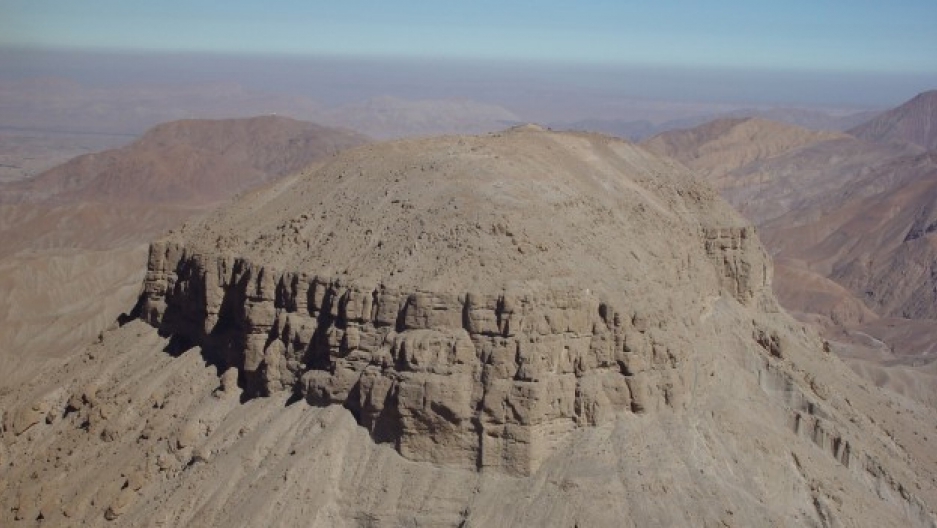 The Wari mountaintop city of Cerro Baúl was the site of the oldest large-scale brewery discovered in the Andes.

Towering 2,000 feet above its surroundings in the southern Peruvian Andes, the Cerro Baúl mesa stands alone in a sun-baked, arid mountain zone. It was here that the Wari culture, a mighty empire that predated the Incas, built a colony — and a massive brewery.

“The Wari were one of the earliest expansive states in the Andes,” says anthropologist Patrick Ryan Williams. “They emerged in the central highlands of Peru some time before 600 AD. … At the height of their reign they actually held sway over an area 800 miles along the Andes."

That's similar to the same distance as between New York City and Jacksonville, Florida today — a really big expanse of land.

And, Williams says, they encountered all these different tribal groups and ethnic groups of different peoples that were incorporated into their realm. "The beer story is one that plays a lot in terms of understanding how they did that." 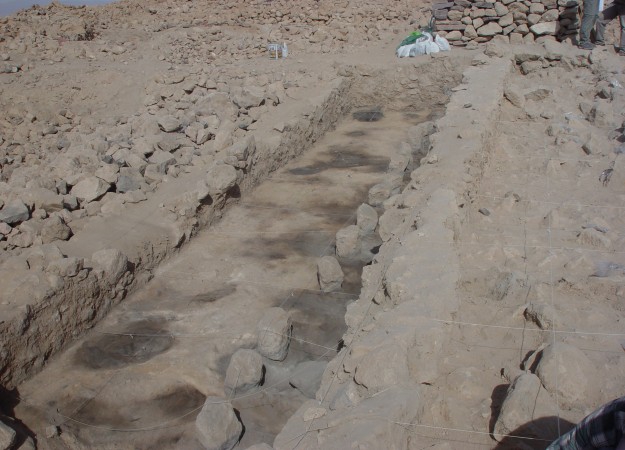 The boiling room excavated in the Wari brewery on Cerro Baúl revealed evidence for over a dozen boiling vats for producing the mash from which the chicha was made.

The beer that Williams and his wife, anthropologist Donna Nash, are studying is not actually a beer. It’s a drink called chicha — a word used to describe fermented grains, fruit products or other things that were found in the native Americas.

In the case of the Cerro Baúl mesa, the chicha appears to have been made from corn flavored with a small Peruvian pepper berry. 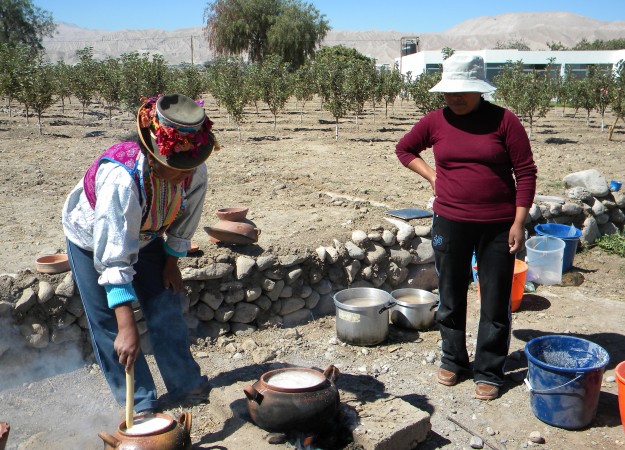 The batches of chicha cooling before they are strained and added to a ceramic fermentation jar.

Nash and Williams pieced together the ancient recipe based on pepper berry dregs discovered at the site and also chemical residues found on recovered archaeological vessels used in the brewing process.

The brewery, according to Nash and Williams, was capable of pumping out 500-gallon batches of the pepper berry-flavored corn beer, or chicha de molle. And the drink, while most likely consumed by the Wari on a daily basis, was also used for trade negotiations, calendar events, celebrations, marriages and funerals.

Nash, together with her team and a group of Peruvian women, was able to create a chicha brew with a chemical content very similar to the ancient residues found on excavated vessel fragments. 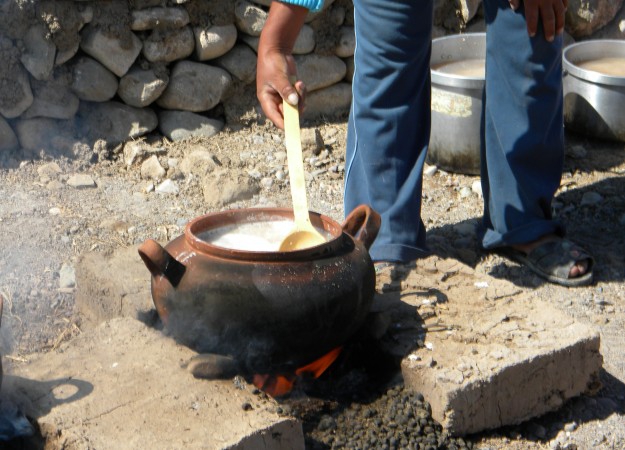 The chicha is cooked over a llama-dung fire. When the water boils, a thick mixture of water and ground corn is added to the brewing vessel.

For anyone interested in getting a taste of the ancient drink, Chicago's Field Museum has a chicha-inspired beer on tap for sale in their bistro. 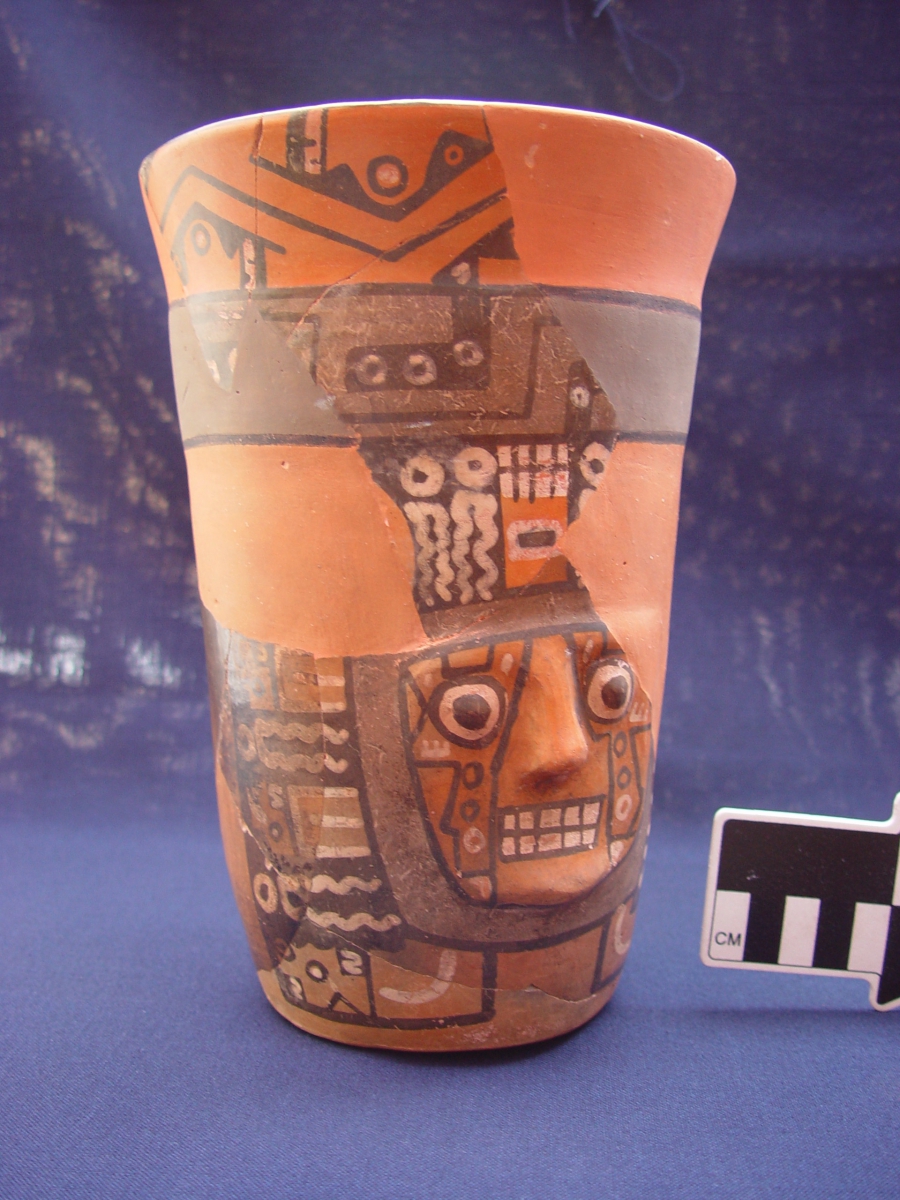 A Wari drinking vessel from Cerro Baúl with a half-gallon capacity, depicting the face of a principal Wari deity.

“It’s pretty good,” Williams says, “It’s got a little bit of a sour taste to it. It does use the purple corn and the Peruvian pepper berries, which have been imported from Peru. But it's also a beer so it has hops and a barley malt, so it's inspired, not a recreation of this exact recipe.”

Williams and Nash are continuing further excavation of the Cerro Baúl mesa site, but they say the excavated brewery has already told them a lot about the ancient Wari people.

“The Wari as an empire liked to do expensive and elaborate things. And building a citadel on top of a mesa was one example of the kind of expense they went to as part of their empire,” Nash says.

“I think they were really trying to impress their neighbors by putting a brewery on top of this isolated mountain with no natural source of water no food,” Williams adds, “They were trying to show off.”