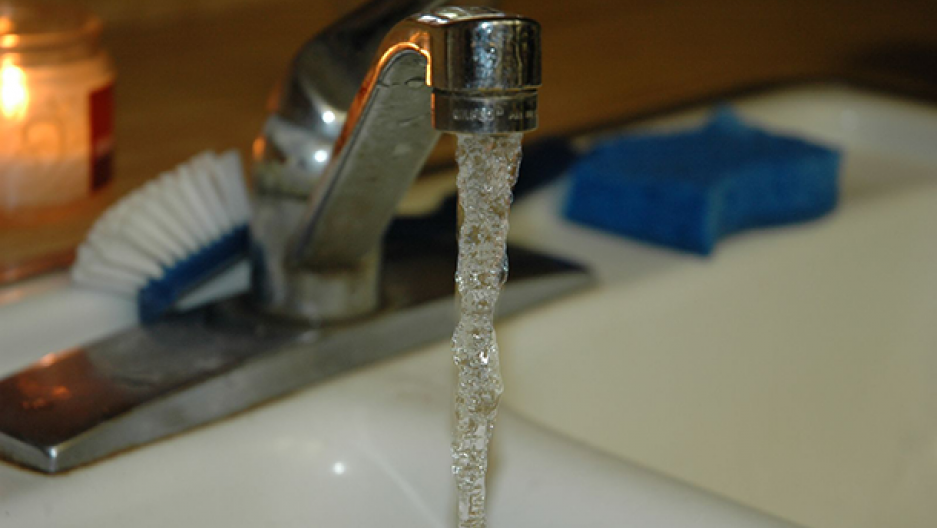 Is the water coming out of your tap safe to drink?
Credit:

As many as 2,000 drinking water systems in the US are contaminated with lead to a level that could present risks to consumers, an investigation by USA Today has found.

In addition, seven million American households may be at risk of lead poisoning from the pipes that bring water into their homes or from their homes' interior plumbing system.

USA Today launched its investigation after the Flint, Michigan, water disaster. In April 2014, state and city officials changed Flint's water supply as a budget-cutting measure, which resulted in tremendously high levels of lead in the city's pipes.

The USA Today investigation found some level of contamination in all 50 states. Even more concerning, many of the highest reported lead levels were found at schools and day care centers. These are disturbing findings, says Alison Young, one of the primary reporters.

“Lead is a very powerful neurotoxin,” Young explains. “It harms developing brains of children. Studies have found that exposure to lead affects children's IQ and their ability to learn in school. It’s associated with attention disorders and other problem behaviors. Pregnant women are at significant risk and studies indicate associations with high blood pressure, kidney problems and potential cardiac issues [in grown adults].”

USA Today used EPA water enforcement data to identify systems that had not met the "very minimal standards that EPA has for lead in water,” Young explains. “But we also found that the standards are not adequately protective.”

In fact, the standard that EPA uses to test water is not actually a safety standard — and the EPA will be the first to say it is not a safety standard, Young says. Instead, EPA tests to what it calls an “action level” for lead, which is a “treatment technique” standard: an achievable amount of lead EPA believes can and should be allowed in water.

But, Young says, according to both the EPA and the Centers for Disease Control and Prevention, there is no known safe level of lead exposure. As the science continues to progress, Young adds, researchers find documented harms at lower and lower levels.

By and large, water systems are removing lead at the water treatment plant, Young says. Instead, the lead is getting into drinking water as a result of lead that remains in our pipes and in our plumbing systems.

“Even if your water system is treating your water perfectly with anticorrosion chemicals, water will still erode lead from pipes, so there is no way of eliminating the problem unless you actually eliminate the pipes,” Young says.

In Flint, officials switched to a highly corrosive river-water source and also failed to treat it properly. The water “basically stripped the insides of pipes and sent torrents of particles and lead into people's homes,” Young explains.

Because the EPA’s own data contained samples with high lead contamination, the obvious question is, what were they doing about it?

“It's a difficult [question] to untangle because there are multiple layers of regulation,” Young explains. “The EPA sets the federal regulations, but it delegates the authority to enforce and follow those regulations to state agencies all over the country.”

In some cases, water systems came back into compliance during the next round of testing, but others, such as one water system in rural Oklahoma repeatedly, over a couple years, failed its lead tests. In fact, Young says, “numerous systems across the country have tested with high lead levels over and over again, which raises concerns about what may be going on in other homes in those communities.”

Even more disturbing, numerous systems failed to inform their customers when they fell out of compliance with EPA lead regulations, Young says. “That’s a very serious issue, because one of the things that I came away with from this investigation is that we as consumers must be educated and take action to protect ourselves from lead coming out of our taps.”

The problems in water supply vary greatly from region to region, Young says. The experts she talked to say the issue exists primarily in older areas, especially along the East Coast and in the upper Midwest. But any home built before 1986 could potentially contain lead in its tap water.

In addition, an estimated 7.3 million homes across the United States are believed to be served by what are called lead service lines. “It's a huge issue,” Young says. “One of the recommendations from expert panels to the EPA is that we must develop a strategy in this country to remove and replace these lead service lines — but the estimates of doing that run into the tens of billions of dollars and finding that money is going to be difficult.”

If you live in an older home, call your local water company and try to determine if the service lines to your home still have lead in them, Young advises. Even if the water company has switched to copper lines, this may only be a partial solution, however. So the next best thing to do is install a water filtration device on your tap and use that water for cooking, as well as for drinking.

“And if you have an infant and you're making infant formula with tap water, stop doing that,” Young urges. “The tap water is potentially a significant risk [to the child] if it’s contaminated with lead. ... Those little bodies [have a] low threshold for lead. It’s just something you don't want to be messing with.”