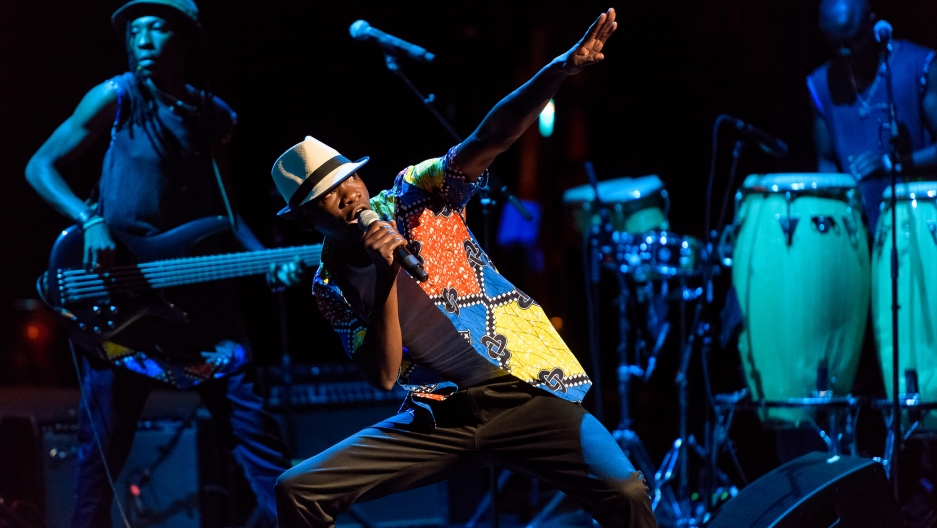 Mokoomba is the first group from Zimbabwe to perform at the music hall, which is an iconic institution in the African American community.

“Coming from Victoria Falls and representing the whole of Zimbabwe as the band to play at The Apollo, you know, it’s a historic place to play there,” says Abundance Mutori, a singer and bass guitarist for the band. “The crowd really received our music.”

Mokoomba hails from Chinotimba Township in the tourist border town of Victoria Falls. The band has been playing together since 2002, when the members were teenagers attending Mosi-Oa-Tunya High.

Their music incorporates rap, ska, soukous and Afro-Cuban tunes with their own traditional music. They sing in the Tonga language, while the majority of Zimbabweans, who belong to the dominant Shoba ethnic group or Ndebele minority, speak those languages. 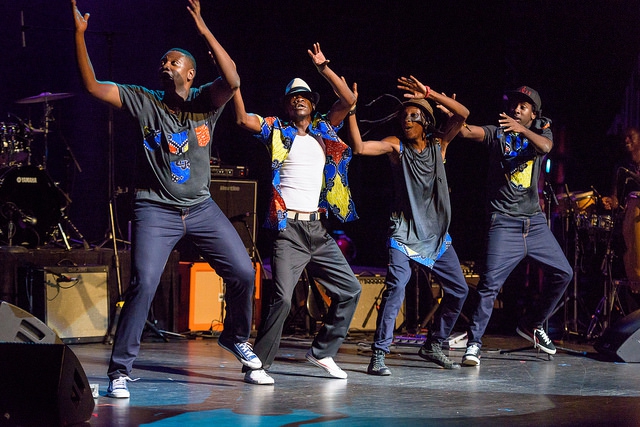 Band members of Mokoomba dancing during their performance for Africa Now at Apollo Theatre.

Mutori says Mokoomba's distinct sound is a product of the band's hometown, which is a melting pot of cultures.

“With all the elements that it has, and becoming also a border town to other South African countries, is what makes also our music more, you know, different and interesting,” says Mutori. “Because we are fusing also with all these other elements that we grow up listening to, from these pan-African sounds and fusing them with our own tradition and culture.”

The band’s name is also a reference to its culture, specifically along the Zambezi River, which courses through the country: Mokoomba is what Zimbabweans call the vibrant life experience lived on river banks.

While Zimbabwe today is deeply associated with its leader, Robert Mugabe, Mutori says the band doesn’t like to discuss politics in its music.

“[We] just want to entertain people and to showcase of our culture,” he says.

However, with songs like "Yombe," the band does touch on social issues. That track is advice from a parent to a child to be careful of HIV.