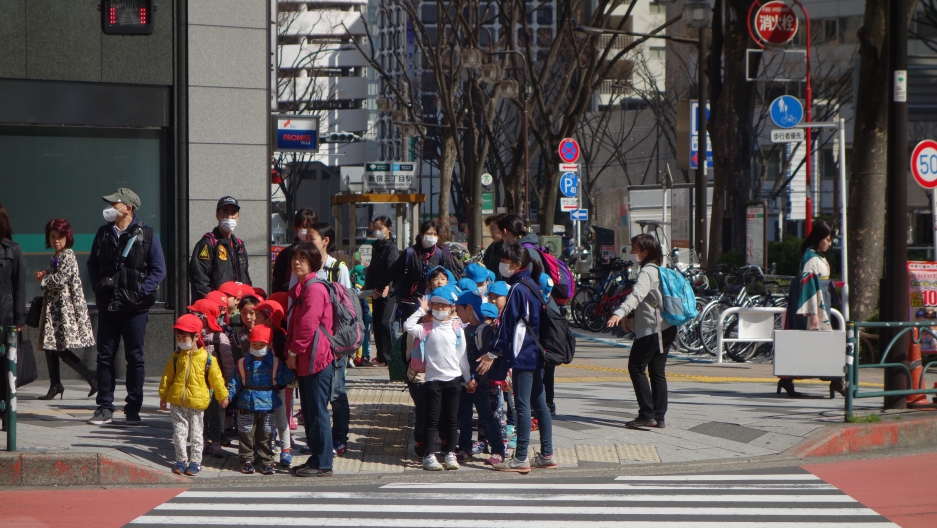 On a sunny spring morning in Tokyo, with the cherry blossoms in bloom, streets filled with people on their way to work and kids on their way to school, it sure doesn’t feel like a place mired in decline. 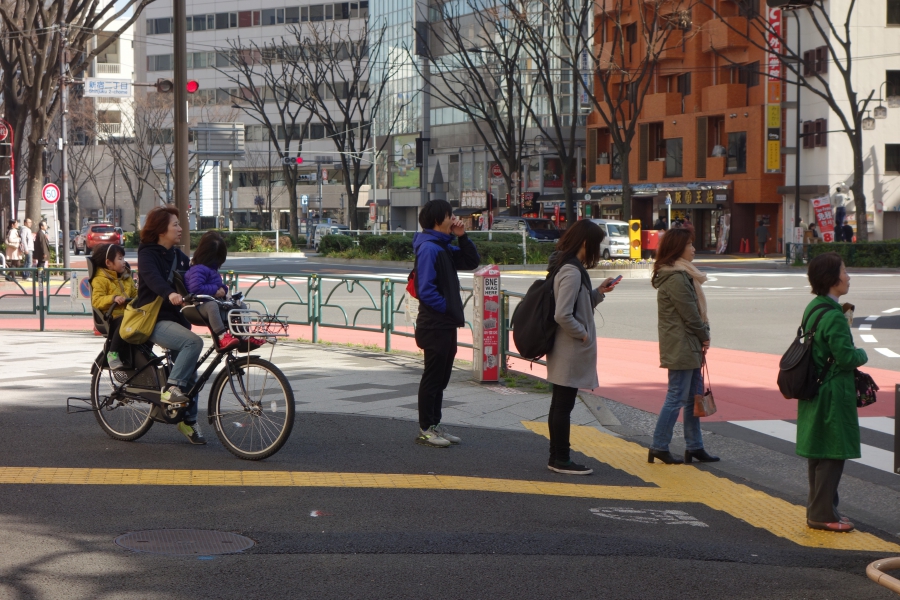 But it’s been a quarter century of “lost years” for Japan’s economy — of flat or anemic growth. A recent government effort to jolt the economy was to introduce negative interest rates early this year — paying the bank to hold your money — but that didn’t have the desired effect.

Meanwhile, many young Japanese struggle to find steady, well-paying jobs, so they put off getting married, having kids, even moving out of their parents homes. That doesn’t exactly help stimulate the economy, either. Nor does a contracting and aging population. Thanks to a low fertility rate, and resistance to immigration, Japan’s population is on track to shrink by about one-third by 2060, when some 40 percent of Japanese will be senior citizens.

But at least Japan got rich before it got old. China, faced with some of the same challenges, and a few more of its own making, may get old before it gets rich.

So what might Japan’s experience have to say to China, at this point in its development? Quite a bit, actually.

Japan had its turn as Asia’s rising star. In the ‘80s, its continued economic rise, perhaps even global predominance, seemed inevitable. Until it didn’t. Too much growth had come from debt-driven investment — just like in China, today. The government postponed for too long the pain of dealing with that debt, just as China is doing today. Japan’s government favored certain corporations as "national champions," sort of like China still favors its state-owned enterprises.

But Japan had a few important things China doesn’t, under the Communist Party — rule of law, a free press and other checks and balances outside of the ruling party.

Japan had also already seen it all, as Asia’s pre-eminent power for a century. It had dabbled in colonialism. It invaded its neighbors, and caused millions of deaths, for which it’s still regularly asked to atone. Post-war, it focused on aid, trade and cooperation, soft power rather than hard, and for a long time, its economy thrived. Then it slowed. Then it stalled.

China’s economic growth is slowing, now, too, from 10 percent a decade ago, to well below 7 percent now. In some ways, that’s to be expected. But China’s leaders aspire to greater heights. They don’t want China to get old before it gets rich. They know the challenges that will come with governing such a place, and they worry that the Communist Party’s perceived legitimacy will suffer if it doesn’t keep delivering growth.

So, the party delivers growth. It sets targets, and then claims to have met them. But economists say too much of that growth, of late, has come from debt-fueled infrastructure spending, some of it unnecessary. It keeps the growth numbers up, but it doesn’t necessarily improve the quality of life, or income, of China’s poorest, or even of its middle class.  Economists have been saying for years that what needs to happen is a shift from infrastructure spending to incentives that encourage consumer spending. The government agrees that this needs to happen, but has been slow to move on it.

Japan knows about this, too. Yoichi Funabashi, former editor-in-chief of Japan’s Asahi Shimbun newspaper, and founder of the Rebuild Japan Initiative Foundation, saw it play out in the ‘90s when, he says, the government waited too long to act, and then angered taxpayers by using their money to bail out banks, weighted down with non-performing loans.

“Many companies became zombies. And many banks went under,” he says. “Banks had to be rescued, salvaged by the government. So the government had to inject public money, which really displeased the general public. Because they felt the banks had made such a huge profit from their irresponsible loans to those companies, and real estate investment. Why should the taxpayers have to pay? That’s socializing debt, and privatizing profit.”

Funabashi says China watched and learned from Japan’s experience, as a cautionary tale. But now China has its own massive local government debt, and is postponing the pain of dealing with it head on. The Party’s top priority is to stay in power, and if restructuring the economy threatens that goal, the can will likely get kicked down the road, indefinitely. And that’s a vulnerability, for a nation that’s been acting like now is its time, this is its century. 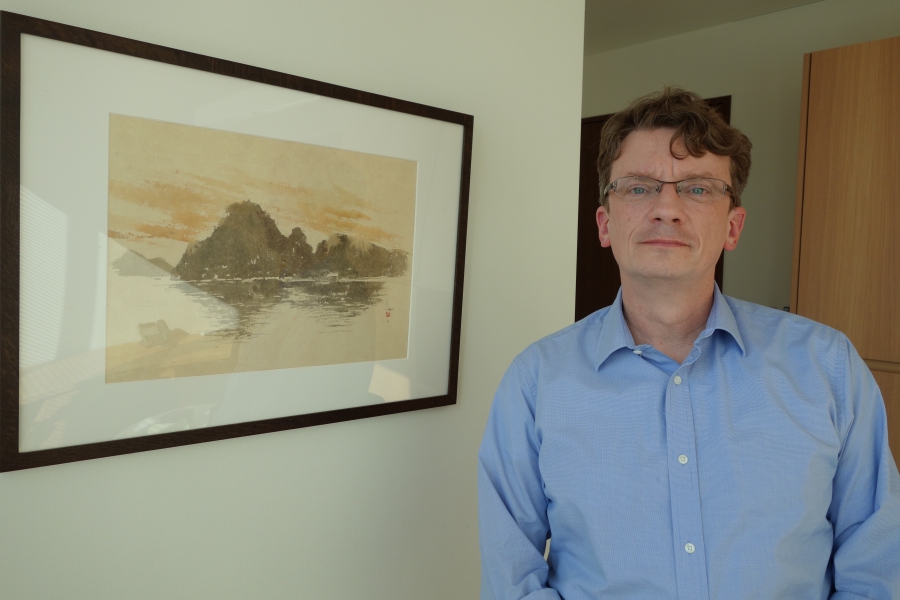 “When I hear about kind of ‘this is the Chinese century’ and this kind of thing, I've heard all this before and so that sort of triumphalism is very familiar to me,” says Martin Fackler, a former New York Times correspondent in Tokyo and Associated Press correspondent in China, now, a fellow at Funabashi’s Rebuild Japan Initiative Foundation.  “And of course, China and Japan are very different in many ways right. China is 10 times bigger, and is actively building its military. But I see the same sorts of logic at play, where essentially people come up with reasons to justify what they’re now seeing now ... why the land prices should be so high, or why the stock prices should be so high. ... These stories they tell themselves, and that the world also repeats, kind of make it sound inevitable. And that was the same in Japan 25 years ago, and of course it wasn’t inevitable. And, in fact, these systems can come crashing down.”

China’s economy is not crashing, but it’s slowing, and Fackler thinks China faces more challenges ahead than Japan did when its go-go-growth years started to sputter.

“Japan was, in a sense, a mature society when it began to unwind,” he says. “It had the late 19th century, when it had its industrial revolution and its period of empire-building. After World War II, it built a consumer society up to first world living standards…And so that gave it a lot of depth and a lot of resources to deal with this decline, which is one reasons why even today, for a country that's had 20 years of very little growth, it's very comfortable in Japan. In China, everything’s been compressed — China is going to be facing some of the same challenges at a much earlier stage.”

Japan still has its challenges, including finding a new role for itself in a region where it was top dog for a century, and now has to accommodate, and sometimes counterbalance, China. Fackler says Japan has used its ‘lost decades’ to go through a shift in lifestyles, from long hours in big companies to lives with more balance, and more room for creativity, leading to more innovation in Japanese design, and elsewhere.

China’s leaders want China to become more innovation-driven, too. They’d like China to have the soft power, the power to attract, that Japan already enjoys. But Jun Okumura, a former official with Japan’s Ministry of Economy, Trade and Industry, who has been posted both in China and the US, wonders how much innovation potential is being squandered under current censorship and other restrictions. 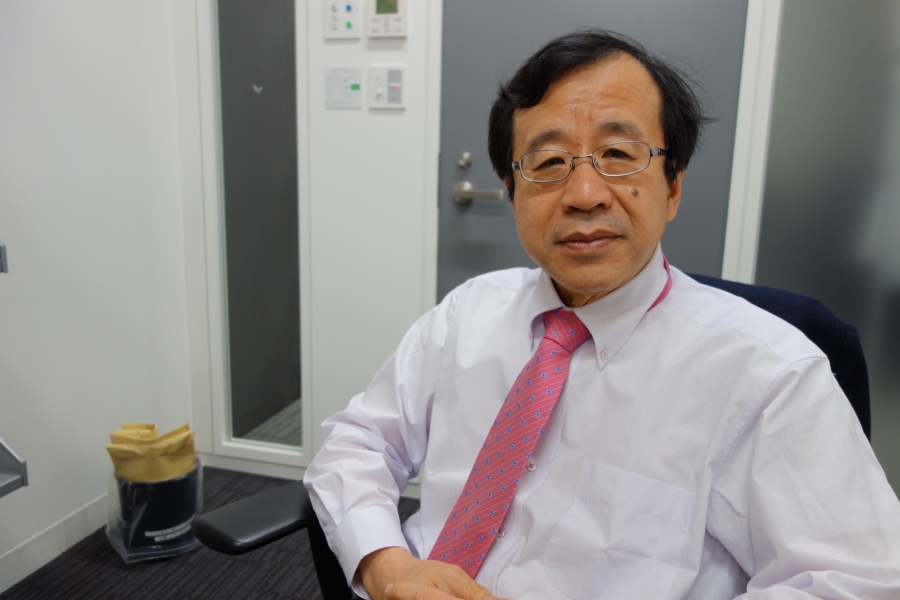 Jun Okumura is a former official with Japan's Ministry of Economy, Trade and Industry, is now a visiting scholar at the Meiji Institute for Global Affairs in Tokyo.

“From the economic point of view, that’s the most serious consequence of this stifling of cyber-freedom,” he says. “My great fear for China is that 1.3 billion people could be left behind, because the government decides to impose rigid control over their cyberspace.”

Okumura says he has another worry about China, these days, too.

“The other day, my 90 year old uncle asked me, ‘what does zombie mean?’’  He's a pretty successful private investor, and this word is now being used with regard to Chinese companies, as it was for Japanese companies in the ‘90s.  It’s déjà vu all over again,” he says. “It has to stop somewhere. ... But I hope, for our sake as well, that China has not reached the end of its line. Because the welfare of many countries is now tied to China's economy.

And what of Japan’s economy? For starters, tourism is up sharply, with Japan looking relatively good in the region, compared to its bellicose, poorer, polluted neighbor.  China may now be top dog in the region, in terms of economic might, and it’s a contender in terms of military hardware, but it still has some work to do to catch up with Japan in learning how to win hearts and minds.

“Our softest of the soft powers are what appears to be attracting the rest of the world to Japan, these days,” says Okumura. “Personally, I’m very comfortable with that.”