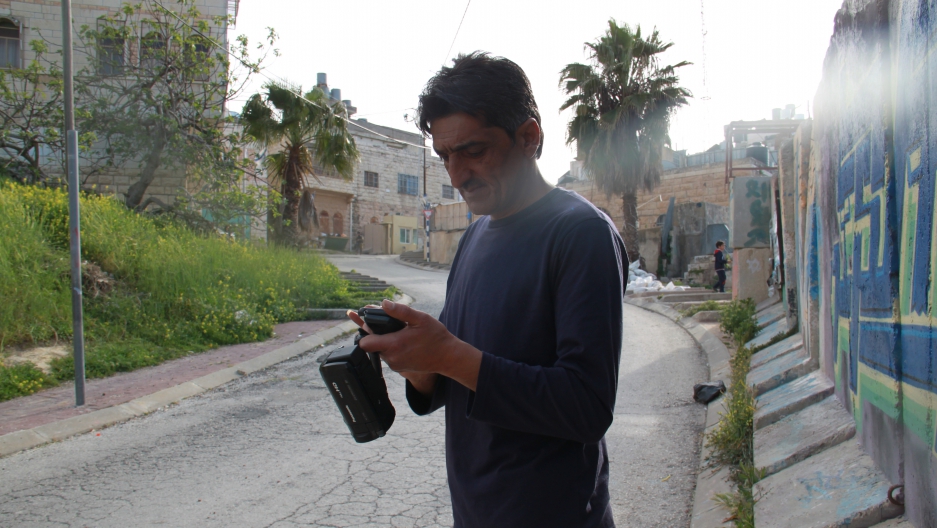 Emad Abu Shamsiyeh who filmed the shooting, standing with his camera at the site in Hebron where it happened. Since his video was posted online, he's been threatened and attacked.

It’s almond season in Hebron, but amidst the blossoming trees there are borders, divisions, checkpoints and, two weeks ago, an execution.

In most of the cases in the past six months of Palestinian attacks against Israeli soldiers and civilians, the story from Israeli authorities has remained the same: A Palestinian stabs or attempts to stab an Israeli soldier or civilian and Israeli forces shoot the Palestinian to stop the attack.

That’s what the Israeli army initially said had happened two weeks ago. Then this video surfaced on YouTube. (Note: The video contains graphic images.)

It shows medics treating an Israeli soldier lightly wounded in a Palestinian stabbing attack, while a Palestinian man, Abdul Fatah al-Sharif, lies face up on the street; the army says he was shot taking part in the attack.

The man moves his head a bit. Then another Israeli soldier nearby raises his rifle and shoots him. Blood streams from his head. It was the shot that killed him, according to the autopsy.

“That moment exactly is the moment when I realized this is worth recording,” says Imad Abu Shamsiyeh, a Palestinian who lives on the street where it happened. He had already been recording the scene.

He rushed back to his house and sent the footage to Btselem, an Israeli group advocating for Palestinian rights, which posted it on YouTube.

The soldier, whose name has been concealed by gag order, was arrested by military police. His lawyer says his client shot the Palestinian because he feared the man could set off a bomb.

Then the tide began to turn.

The Palestinian videographer got a threatening phone call from an anonymous man. “He talked to me and said, ‘You will regret having taken that footage,’” Abu Shamsiyeh says.

And, while Abu Shamsiyeh was giving an interview to an Israeli TV channel, he says he was attacked by a group of Jewish settlers from the neighborhood, among them Baruch Marzel, an ultranationalist leader who lives just up the hill.

In a second video, Marzel can be seen walking up to the soldier who shot the Palestinian and shaking his hand.

Marzel says he didn’t know at the time that the soldier had shot the wounded Palestinian.

“But if I would know he’s the guy who killed the terrorist, I would have hugged him and kissed him, not only shake his hand,” Marzel says at his dining room table. “If someone comes to kill you, kill him first. That’s a Jewish value. It’s a sin not to kill him.”

Marzel is usually on the fringe. But this time, large groups of Israelis across the country have rallied in the streets in support of the soldier, and Prime Minister Benjamin Netanyahu even called the soldier’s father to offer sympathy for the family’s predicament.

It became a national story. But in Hebron, it’s a personal one. Hebron is a place where Marzel can walk up to a soldier who shot a Palestinian on his street and shake his hand.

It’s a place where Marzel greets soldiers passing by his house, offering them use of his bathroom.

And it’s a place where, a short walk past a couple of army checkpoints and some almond trees, a Palestinian sits in his yard and tells the story of his arrest by the very same soldier in question, just one month before the shooting.

Surprisingly, the Palestinian, Issa Amro, has nice things to say about the soldier.

“For the first arrest in my life, I was not humiliated. I was not attacked. I was not beaten. I was not blindfolded,” says Amro, an activist who preaches civil disobedience against the Israeli occupation of the West Bank.

He’s frequently apprehended by the Israeli army in what he calls political arrests. Last month, Amro says, the soldier in question watched over him from 1:30 in the afternoon until 10:00 at night. 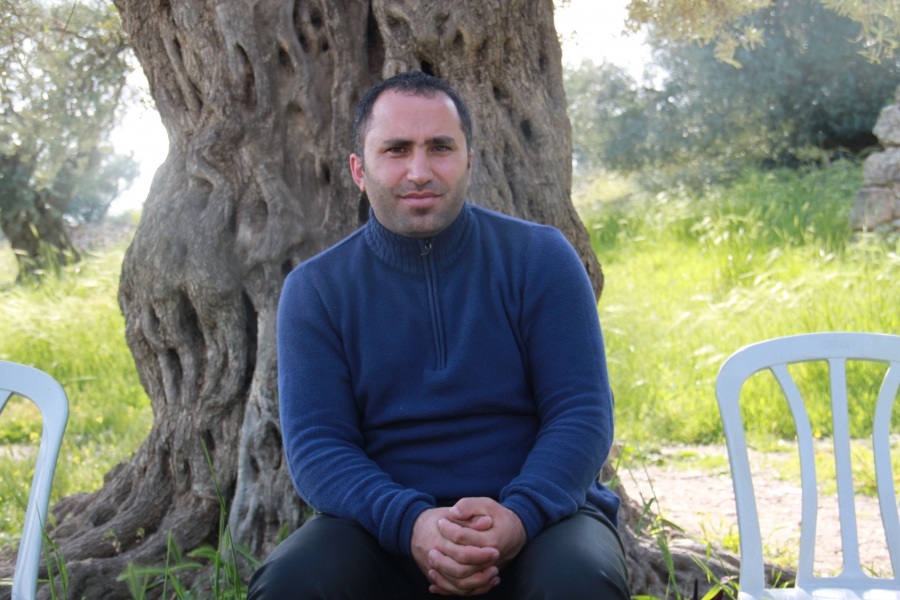 Issa Amro, a Palestinian activist who advocates civil disobedience, says there have been many instances of Israeli soldiers shooting Palestinians who posed no danger — but this one was filmed.

According to Amro, there have been many instances of Israeli soldiers shooting Palestinians when they posed no danger, and this one just happened to be caught on tape.

Amro says he thinks he sees the soldier receiving an order to shoot in the video. He believes the Israeli army turned the soldier into a scapegoat.

“That soldier is a victim of the occupation,” Amro says. “First sending them here, militarizing them, and then, you know, accusing them that they are acting individually.”

The soldier is facing trial in an Israeli military court, accused of exceptional behavior — of doing something that soldiers should not do.

But two men on opposite sides of the conflict who have met the soldier personally — ultranationalist Israeli settler Baruch Marzel and Palestinian civil disobedience activist Issa Amro — see him differently.

They see him as a symbol — a symbol of Israel’s might, of the way things really are in the West Bank. Not an exception, but an example.