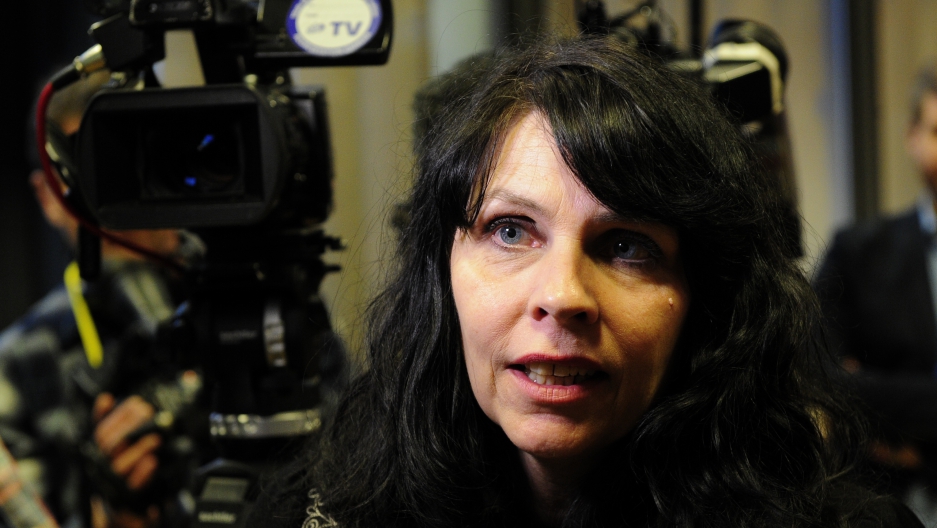 Birgitta Jonsdottir of the Pirate Party speaks in Reykjavik, Iceland on April 6, 2016.

As the global offshore banking scandal claims its first casualties this week, there’s at least one winner: Iceland’s Pirate Party.

Iceland’s Pirate Party, like many around the world that use the same name, calls for direct democracy, privacy, anticorruption and freedom of information. It was founded in 2012 by a small group of activists and political outsiders, won 5.1 percent of the vote in the 2013 election, and is now the most popular party in Iceland.

Iceland: Pirate Party way up in the polls pic.twitter.com/RNCuOX2x0h

Iceland has been hit hard by the Panama Papers leak, after Prime Minister Sigmundur Davíð Gunnlaugsson and his wife showed up in the records of Mossack Fonseca, a Panamanian law firm that specialized in helping the world’s rich and powerful move money into offshore accounts. It turns out the couple set up a shell company in the British Virgin Islands to manage her inheritance. The prime minister may not have broken any laws, but Icelanders weren’t too happy to learn that he started the arrangement in 2007 — at the same time when he was urging Iceland residents to help prop up the country’s crisis-stricken economy by keeping their money at home.

After massive protests, Gunnlaugsson resigned on Tuesday, although the government he led has not been dissolved.

For many Icelanders, that wasn’t enough, and protesters have gathered each day since in the capital city of Reykjavik.

Birgitta Jónsdóttir, a co-founder of the Pirate Party and one of three Pirate MPs sitting in Iceland’s parliament, agrees.

“We want new elections because we believe there’s been been a total breach of confidence in the government,” Jónsdóttir says. “The sad thing for the government is that the tiniest party in the parliament has been more popular than them for a whole year and yet they are two parties, the two traditional parties that have been in power in Iceland for almost the whole time since we got our independence in 1945.”

This year has already been a good one for the Pirate Party, and Jónsdóttir is quick to point out that her party has been polling strongly for months. In a January 2016 poll, it got 37.8 percent of support.

The nature of the Panama Papers leak seems likely to grow the Pirates’ already impressive support among Icelanders.

“We were originally founded around the principle of creating a safe haven in Iceland for freedom of information, expression, digital privacy, copyright reform and of course direct democracy,” Jónsdóttir says. “Actually one of things we focused a lot on was creating a digital safe haven for this type of activity. So this is like a Pirate Party policy in action!”

Iceland’s government has named Fisheries Minister Sigurður Ingi Jóhannsson to replace Gunnlaugsson as prime minister. On Friday, parliament will consider a motion of no confidence in the government.