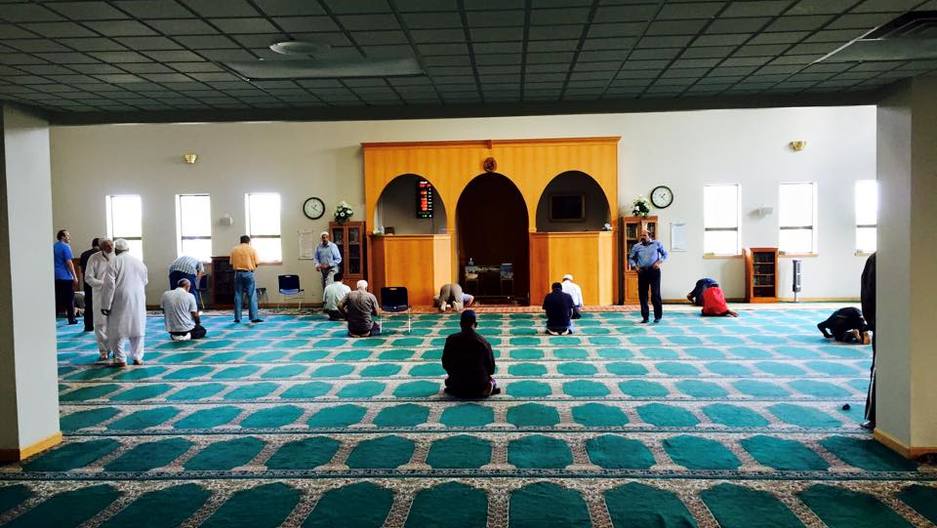 Prayers and greetings at the Islamic Society of Milwuakee, taken in Sept. 2015.

The Wisconsin primary is over. But in this largely Christian Midwestern state — sometimes known for its civility — some residents are left to deal with an aftermath of animosity stirred by an unusually bitter political season.

"You have one group of candidates that is saying you need to work with Muslims, Muslims are a part of this country," says Ahmed Quereshi, president of the Islamic Society of Milwaukee.

"And then we have another group of candidates who support a ban on Muslims," he says, "who appoint people who have been on the record comparing Islam and Muslims to Satanic forces and demonizing, and saying that Islam is not a religion. So it really has been, increasingly, a tale of two Americas at least in 2016 politics."

Quereshi says he sometimes feels like he lives in two different places.

"We are welcomed in some places with open arms and then you go to other places and you get dirty looks," he says.

Quereshi lives in a suburb outside Milwaukee that's overwhelmingly Republican. He says he doesn't have any problems with his neighbors, but he does note the head of a neo-Nazi party lives in his suburb.

He started building a mosque nearby a few years ago, in Brookfield.

"There was an organized opposition to the mosque at the time," he says. "[The Eagle Forum of Wisconsin's] leader at the time was saying, 'We're not fighting against a religion, what we're fighting against is a tyrannical ideology,' referring to the religion of Islam."

The Eagle Forum of Wisconsin is an group that promotes conservative causes, and proudly proclaims itself to be anti-feminists, anti-immigrant and anti-tax, among other things.

Quereshi says he and supporters of the mosque — both Muslim and not — worked to counter what he calls "irrational hatred" at the public hearings.

Construction of the mosque was approved, and "as far as we can tell, we have had good relationships with the neighbors, city officials and city police," he says.

But last August, Wisconsin's Republican Governor Scott Walker speculated publicly that there are "a handful of reasonable, moderate followers of Islam who don’t share the radical beliefs that these radical Islamic terrorists have."

Quereshi says the governor's statement concerned him. So he brought it to the attention of other Islamic leaders and interfaith leaders in Wisconsin, and wrote Walker an open letter asking him to clarify his statement.

"It's the kind of statement that can feed the Islamophobia industry in this country that seeks to vilify Muslims and their faith," he says. "I said in the letter that I believe that he misspoke, and I asked him to join us in reaffirming that he misspoke, and that it's only a relative handful of the world's 1.6 billion Muslims who support terrorism, and the vast majority of Muslims are reasonable, moderate and peaceful."

Walker later clarified that he knew the majority of Muslims wanted to live in peace, but Quereshi was disappointed Walker wouldn't publicly acknowledge that it's just a handful of Muslims who ascribe to violence. Walker never responded to the letter directly, and Walker's office told him Quereshi would not have time to meet with him.

Before 9/11, most of Wisconsin's Muslims voted Republican, Quereshi says. There's an aspect of Islamic culture that's conservative in nature and aligns with the Republican agenda, but he says that changed after the Sept. 11 attacks. 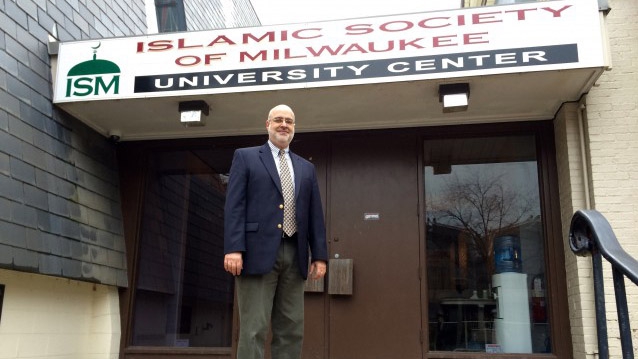 Ahmed Quereshi, the president of the Islamic Society of Milwaukee, stands outside the society’s new university center.