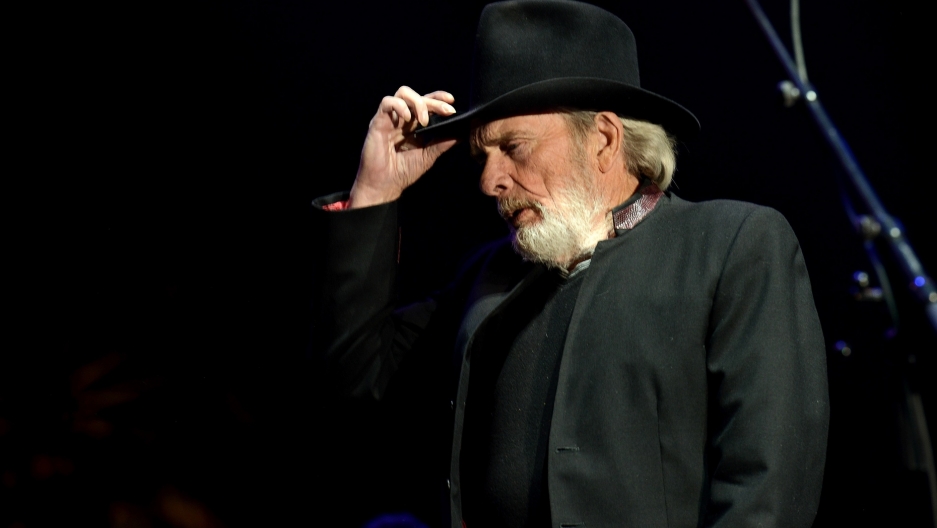 A week ago dad told us he was gonna pass on his birthday, and he wasn't wrong. A hour ago he took his last breath surrounded by family and friends. He loved everything about life and he loved that everyone of you gave him a chance with his music. He wasn't just a country singer.. He was the best country singer that ever lived.

Merle Haggard seemed to grow straight out ofthe dusty ground just outside Bakersfield, California, where he was born. His parents were Okies, the kind he would later sing about in his most enduring hit. But more than his hometown, astint at San Quentin State Prison shaped Haggard's country music career and life to come. It was there in 1958 that Johnny Cash performed his first-ever prison concert, with a 21-year-old Merle in the audience. Inspired by Cash's persona and music, Haggard joined the prison country music band, making his prison sentence one of the most important things to happen to country music sincethe Bristol Sessions.

Haggard's contributions to music (country and otherwise) are indisputable. He helped craft the Bakersfield soundwith Buck Owens and Wynn Stewart. His friendships with Waylon Jennings and Willie Nelson provedhis outlaw country credentials. He's been covered by the likes of the Beach Boys, the Grateful Dead, and Bonnie Prince Billy. And new country saviors like Sturgill Simpsonand Margo Pricerightfully cite him as a major influence.

His own influences included the granddaddy of 'em all, Jimmie Rodgers. In 1968, just eight years after leaving San Quentin, Haggardreleased "Same Train - A Different Time: A Tribute To Jimmie Rodgers."His love for Jimmie Rodgers was life-long. Last summer, he teamed up with Willie Nelson for Django and Jimmie -- his last studio release.

I like to think that Johnny and Merle are together again, singing this somewhere.