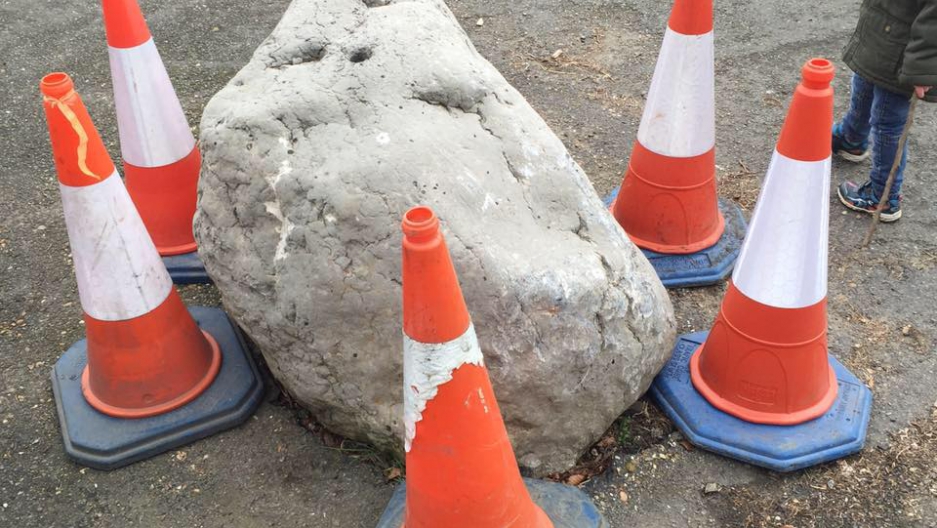 The Soulbury Stone sits in the middle of the road in Soulbury. But an auto accident forced locals to surround it with traffic cones as a stopgap measure to protect it.

There’s a rock in the middle of the road in a in a small village northwest of London.

It's been there for so long, residents built the roads around it. But suddenly, some people feel it's got to go.

And that’s where this story begins.

This rock is known as the Soulbury Stone because it's in the village of Soulbury.

“It’s about the size of an armchair,” says local transportation head Mark Shaw. “So it’s quite sizeable, about 3 feet by 4 feet. So it’s quite easy to see and quite a sizeable feature.”

The residents know it’s there. It’s hard to miss a stone that’s in the middle of the road, after all. But it’s viewed as an historical spot. It survived an effort by two tanks to remove it during World War II. Pagans in the British Isles used to worship these standing stones. And this stone is no different.

Shaw says people still come to visit the stone and worship it. It even gets dressed up now and then, Little Mermaid style. 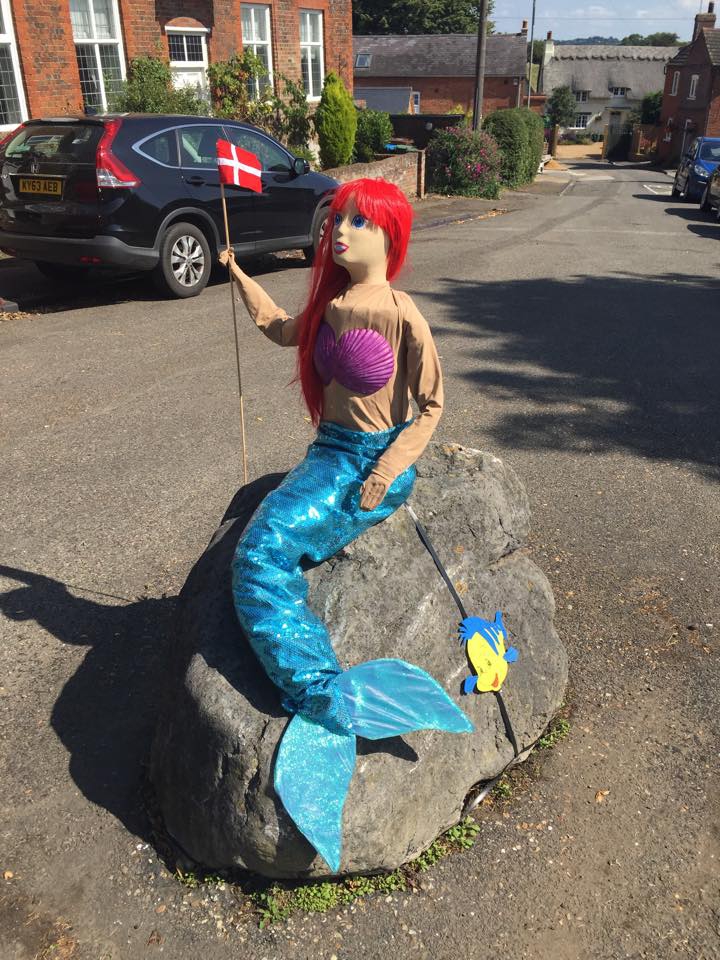 Residents of Soulbury dress-up their stone as the Little Mermaid.

The stone has never been an issue. That is, until recently.

“A car reversed and went into the stone,” says Shaw. “And then the owner sent my council a bill for 1,800 pounds. So we sent one of our engineers out to see what the issue was. And he initially thought that maybe one of the things to do would be to remove the stone.”

Those are fighting words in Soulbury. Especially, because the driver was an outsider and no one can remember anyone ever hitting the stone before with their car. It’s kind of hard to miss.

Resident started phoning their representatives. One man threatened to chain himself to the stone.

The news quickly made its way to Shaw. As the man in charge of the road where the stone sits, and as someone aware of its cultural importance, he knew he had to issue a statement fast.

“When I heard the suggestion I said, ‘That’s lunacy. That stone has been here for some 11,000 years. To think of moving it would be absolute madness.”

But he did more than just talk. He traveled to Soulbury to meet with locals and try and find a way to make the road a bit safer for drivers.

“We just used a bit of good ‘ol British common sense. We’re going to treat the stone in a very sympathetic way, maybe put some lining around it to make out of town drivers more aware of the obelisk,” he says.

“But at the end of the day, if you can’t see a large stone, there has to be some question marks as to whether you should be driving.”