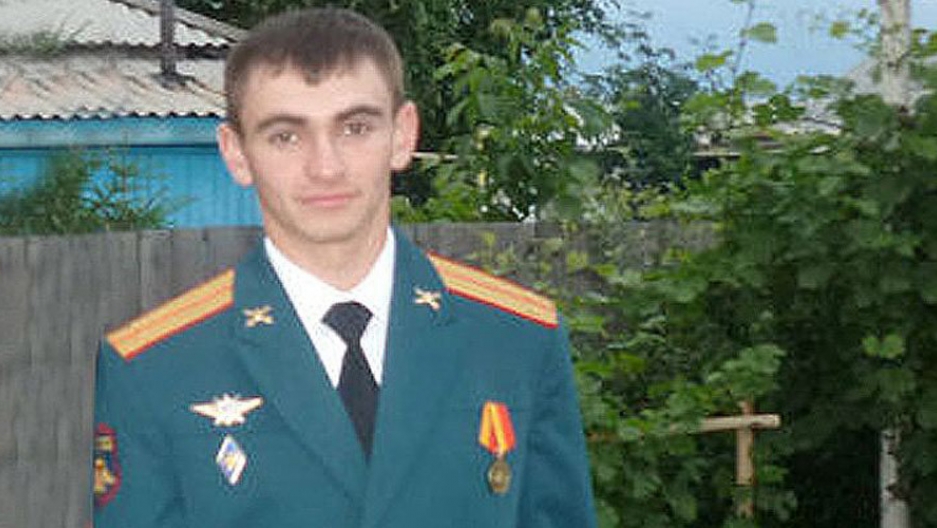 A story has been making the rounds on social media about a young Russian soldier who died heroically fighting ISIS in Syria.

The special forces soldier is said to have called in an airstrike on his own position as it was being overrun by ISIS fighters.

Some Russian media have been circulating a transcript of the final radio communication between Prokhorenko and his commander:

Prokhorenko: They are outside. Conduct the airstrike now. Please hurry. This is the end. Tell my family I love them and I died fighting for my motherland.

Command: [No response, orders the airstrike]

The truth of all this is hard to establish.

Russia is sensitive about military casualties, just like any nation. And Vladimir Putin signed a law recently making all military casualties an official state secret. “When the state chooses,” says Moscow-based journalist and writer Natalia Antonova, "it can release the information.” But so far there has been no official statement from Moscow on this man’s death.

The credibility of Russia’s state-controlled media has been damaged by broadcasting pro-government propaganda in recent years, most notably during the takeover of Crimea and the conflict in Ukraine. “The Kremlin rules by signal,” says Antonova. “The pro-Kremlin media are not explicitly told what to publish, but they do want to please their masters.”

A heroic story would be a welcome diversion to news of fresh casualties in a controversial conflict. The language of the transcript is a little melodramatic and free of the usual military jargon.

But some facts are clear.

A Russian military spokesman at a base in Syria told several news outlets that a special forces lieutenant named Alexander Prokhorenko was killed in action about March 19 while acting as a forward tactical air controller. His job was to identify targets and call in airstrikes. He was killed during the fierce fighting that led to Syrian government forces ejecting ISIS from the historic city of Palmyra.

Prokhorenko was 25, from a very small village in the Orenburg district of Russia, in the south Urals. He was married, and had a younger brother who is also a soldier.

The circumstances of his death were first reported by the only independent TV news channel in Russia, Dozhd. That gives the story credibility in the eyes of journalist Antonova. But she also argues the story appears a little too elaborate to be fake, or completely fake.

“But we have to question it, of course,” she adds.