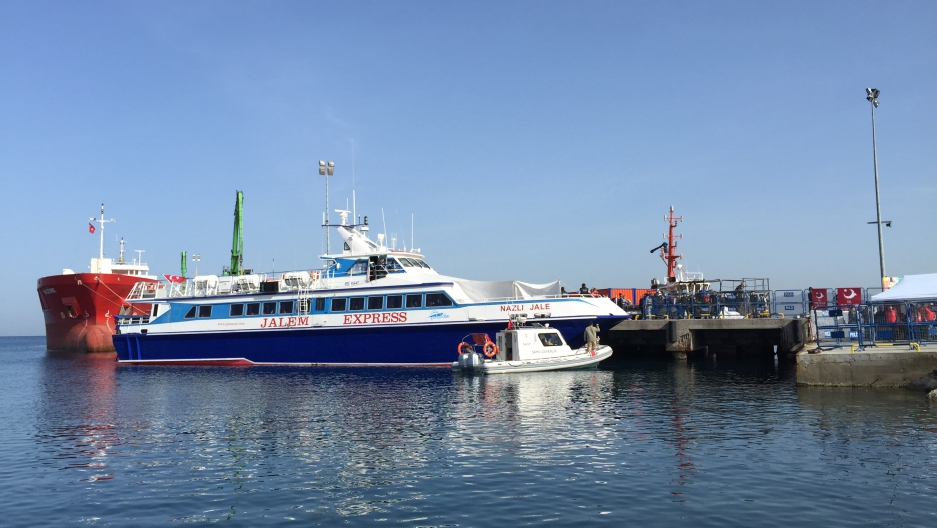 The first of three ships carrying deportees from Greece arrived in the Turkish port town of Dikili on Monday, April 4, 2016.

Greece and the European Union are starting to deport refugees who arrived from war-torn and poverty-stricken parts of the Middle East, North Africa and Central Asia.

It’s part of a controversial agreement signed by the EU and the government of Turkey. Human rights groups have criticized the deal for blocking legitimate asylum seekers from securing refuge in Europe.

More than 200 people were sent to the Turkish port town of Dikili, where they arrived on Monday morning. They were sent in ships from the Greek islands of Lesbos and Chios. It’s not entirely clear what comes next for these people who had not applied for asylum in the European Union.

But after months and months of seeing hundreds of thousands of people make the EU their primary target destination for starting a new life, it’s become apparent that these newcomers are no longer as welcome as they once were.

Most of the people deported back to Turkey on Monday were Pakistanis, says correspondent Daniella Cheslow, who was on the scene in Dikili when the first of three ferry boats arrived.

“But also people from Afghanistan, Iran, and Congo and Sri Lanka — which is what the AP reported,” says Cheslow, who's been reporting the story for Radio Free Europe/Radio Liberty. Two Syrians were also reported to be on the ships.

“There are certain countries that Europe has determined are safe countries, and therefore their [citizens] are considered economic migrants,” Cheslow says. Syrians can apply for asylum in the EU as war refugees.

Under the terms of the deal on refugees, for each Syrian migrant returned from the EU to Turkey, the EU is obligated to take in one Syrian refugee who has made an asylum request.

“In Turkey today, there were reports of just under three dozen Syrians who were meant to be making their way over to Hanover in Germany, [from Turkey],” Cheslow says.

Many non-Syrian migrants and refugees are frustrated with the new rules, Cheslow adds. She spoke with people from Pakistan and Afghanistan in recent weeks and says, “They had sold their homes often, spent their life’s savings, risked their lives to cross the seas, and by the time they had arrived, the goal posts had moved.”

Cheslow says police in Turkey kept tight restrictions on Monday’s proceedings, by not allowing reporters access to those being sent back into Turkey and then on to processing centers to the north of Dikili.

“Turkey is supposed to be building also a new facility that will have capacity for around 70,000 migrants," she says. "At the moment, it’s an empty field. The end game for the people returned to Turkey is not yet 100 percent clear.”

It’s also not clear whether the arrangement between Turkish and EU authorities will discourage people from continuing to enter Europe on their own. Around 400 migrants and refugees are still said to be arriving in the Greek islands every day.