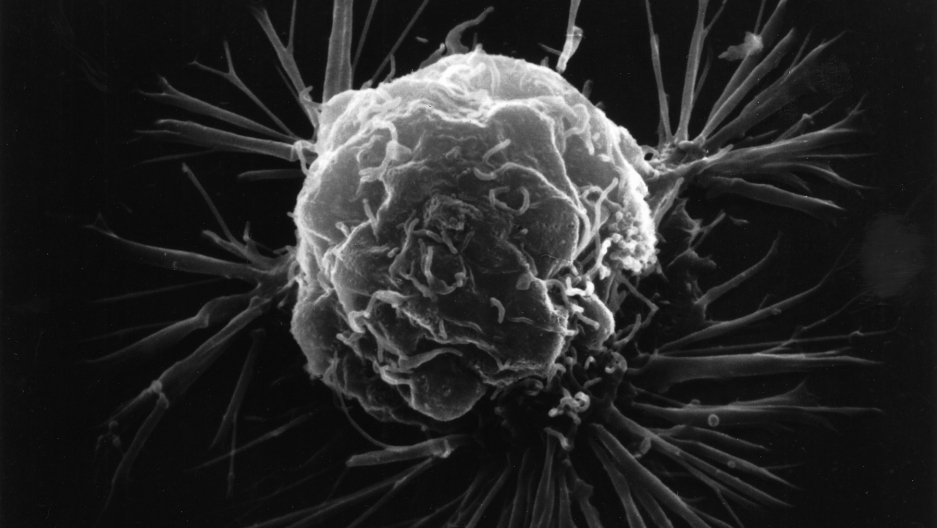 How do you get a cancer cell to gobble up a ball of anticancer drugs and for a direct kill? Cancer researcher Mauro Ferrari says he and his team have finally figured out how to elude a tumor cell’s defenses.

And he says the method works well on hard-to-target metastatic tumors, too.

“The vast majority of deaths due to cancer are because of metastasis — that is when the cancer spreads from the primary organ to the lungs and the liver, primarily,” Ferrari says. “That is the thing that ... nobody’s been able to cure yet despite great advances in the last 20 to 25 years.”

Now, however, Ferrari says he’s been successful in fighting metastatic cancer, in great part because he’s focused on getting treatments past cancer’s defense systems.

“The reason why cancer, metastatic cancer, can survive attacks is that it builds the different metastasis in the body, builds this protective system around themselves,” Ferrari says. “So our approach has been, ‘Let’s figure out the way to understand how these barriers work and design therapeutic agents that would be able to attack and break down these walls.”

Ferrari, who is president and CEO of Houston Methodist Research Institute in Texas, says drug treatments will not help fight cancer unless they can get across cancer’s natural defense systems.

“You need to have something that is sequential in action, that crosses all these barriers one by one in the right order using different means. Just the drug is not enough,” Ferrari says. “If I can use an analogy, as good as our Navy SEALs are, you cannot ask him to jump off the pier someplace on the East Coast and swim all the way to get the bad guys across the ocean, right?”

Ferrari and his team focused on getting nanoparticles to carry cancer-fighting agents inside a cancer cell.

“The trick is," he explains, "coming up with a way to inject in the general system, the circulation, through an IV for instance, some particles that can deploy the pieces across the barriers that protect the cancer from penetration from the bloodstream. And those pieces, once they are on the other side, somehow figure out the way so that they can reassemble and be formed into a nano particle once you are inside of the cancer.”

Ferrari’s efforts have been extremely successful. So far he has been able to use his methods to cure metastatic cancer in mice.

“[We] completely cured half of the mice that had the lung metastastises from triple negative breast cancer,” Ferrari says, “And even the ones that ended up dying extended their expected survival for the human equivalent of say four or five years.”

Ferrari is hoping to begin clinical trials of the treatment within 12 to 18 months.