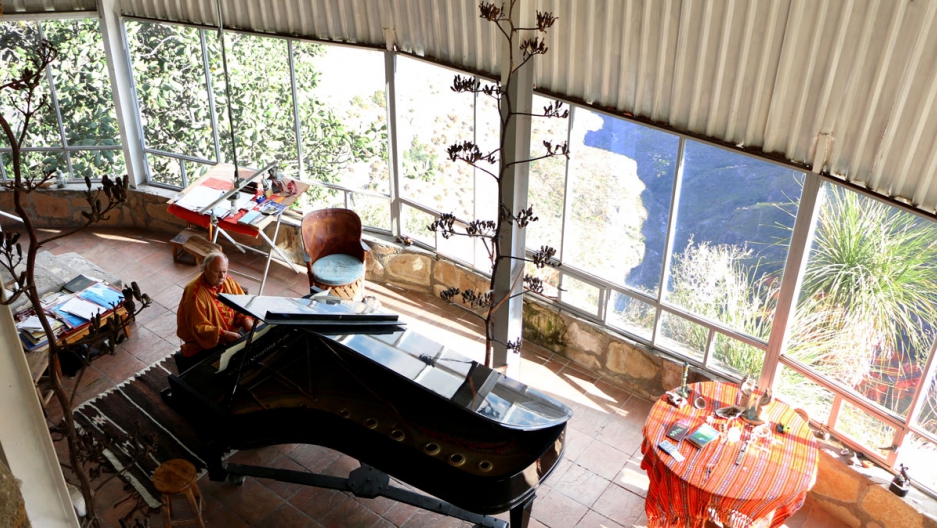 Romayne Wheeler's Steinway & Sons grand piano was transported from the city of Guadalajara and now sits inside his home on the edge of a cliff in the Sierra Tarahumara.

The short route to Romayne Wheeler's cliffside home in Mexico's Copper Canyon is an hour-long ride in a five passenger charter plane from Chihuahua city. From the air it looks like a glass cocoon clinging to the edge of a canyon wall.

Wheeler is an American-born concert pianist whose career spans nearly half a century and has taken him to 52 countries worldwide. Since his student days in Vienna and Salzburg he's reached for his backpack and hiking boots in his spare time. His dream was to one day unite his love of the outdoors with his passion for music. 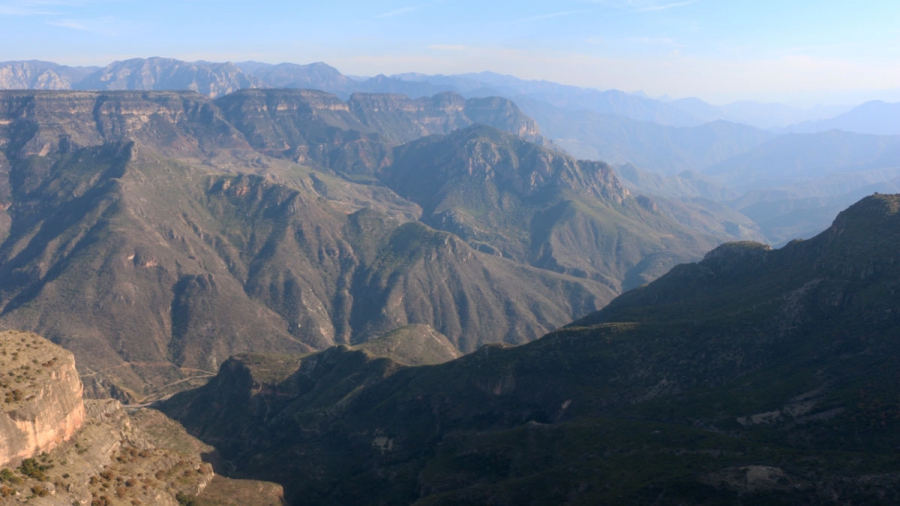 Romayne Wheeler can see over seven mountain ranges through the windows of his home.

That dream came true 20 years ago when Wheeler put his Steinway grand piano in a dump truck cushioned with four tons of potatoes and drove it 28 hours into Mexico's northern Sierra Madre.

Copper Canyon cuts six slits into the Earth, four of which are deeper than the Grand Canyon in Arizona. Its jagged cliffs and remote valleys are home to the Tarahumaras, an indigenous tribe made famous for long distance running. It's here where Wheeler has finally set down roots.

The charter plane lands on a crude strip carved into a rocky mesa. It's flanked by a handful of adobe homes, each with its own tiny cornfield.

On a sunlit morning in mid February, a 73-year-old Wheeler comes out to greet the pilot and a couple of awe struck reporters. His light skin and blue eyes scream outsider. But his feet, caked in dirt and strapped in rubber tire sandals, look no different than the feet of the local Tarahumaras.

Wheeler nicknamed his home The Eagle's Nest for its spectacular view. Floor to ceiling windows showcase nine layers of mountains that spread across the horizon like ocean waves. 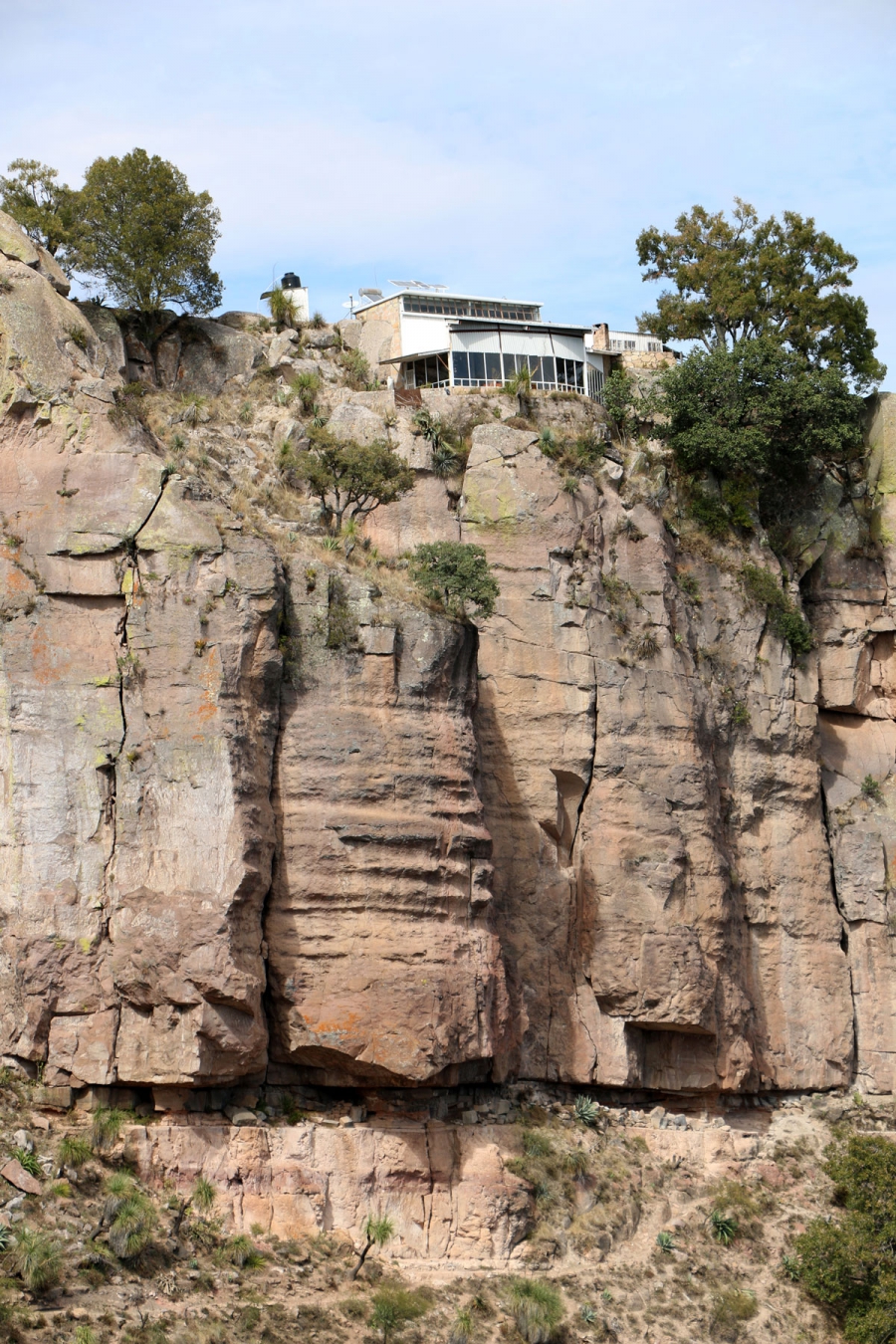 The Eagle's Nest sits about 100 meters (about 328 ft) above the cave in which Wheeler used to live.

Inside, a tiny orphaned goat cries for milk. Wheeler took it in after its mother slipped off the canyon rim. Like the goat, Wheeler is an adopted son in this rugged landscape.

“I feel like I'm part of nature when I'm composing or writing," he said. "Things flow very naturally without me having to look for them ... it’s utter bliss.”

When he plays, Wheeler is like a bear on his piano bench. His fingers tumble across the keys like a river over boulders. He rehearses every day.

When he composes, he draws inspiration from his surroundings whether it's a cottonwood tree, a sleepy kitten or the abyss outside his window. Almost every piece he writes is seasoned with the rhythms of traditional Tarahumara music. 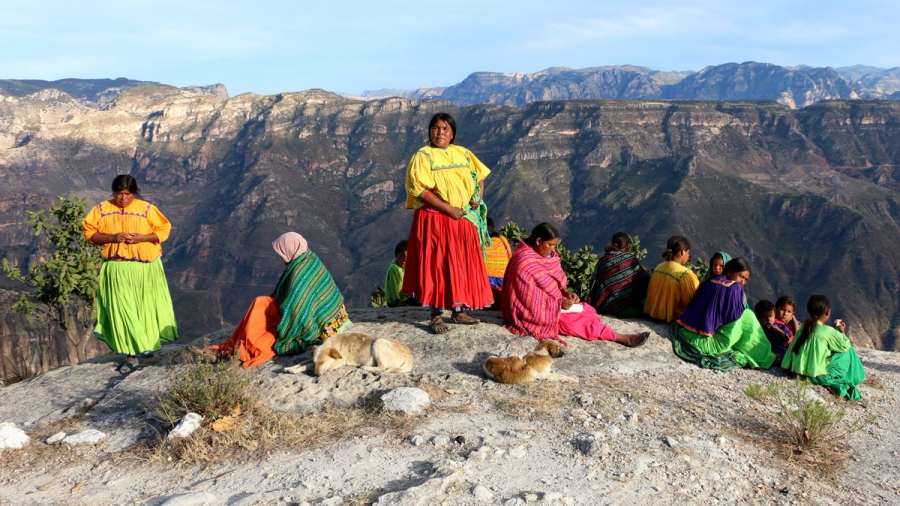 "This whole area around me is part of my workshop," Wheeler said. "It's my inspiration and every year I have new ideas."

Wheeler began a nonprofit years ago, called the Tarahumara Relief Fund, as a way of giving back to a people who have embraced him like family. 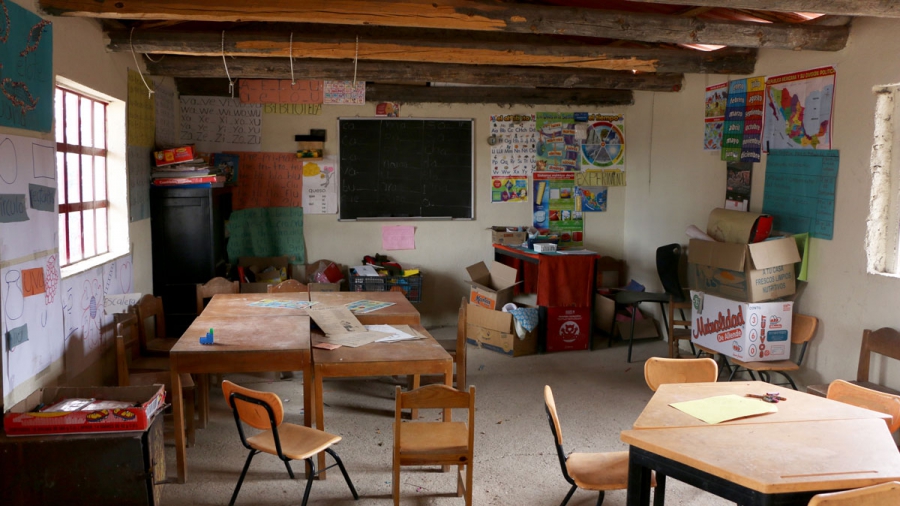 A school funded by the Tarahumara Relief Fund educates about a dozen children in the area.

“There’s such a high mortality rate in the children in the remote parts of the canyon here," he said. "In some places, up to half of the children die before the age of ten.”

Often, children die of disease and malnourishment. In this arid region where people live off the land, a good crop is never guaranteed.  Wheeler’s nonprofit is funded primarily by earnings from concerts he continues to give around the world. Friends and fans also contribute. Occasionally he'll get a donation from a big company or a foreign embassy.

Wheeler’s greatest beneficiary is a 29-year-old Tarahumara pianist. His parents named him after Wheeler, Romayno Gutierrez. He’s the first of Wheeler’s 46 godsons, all native children. 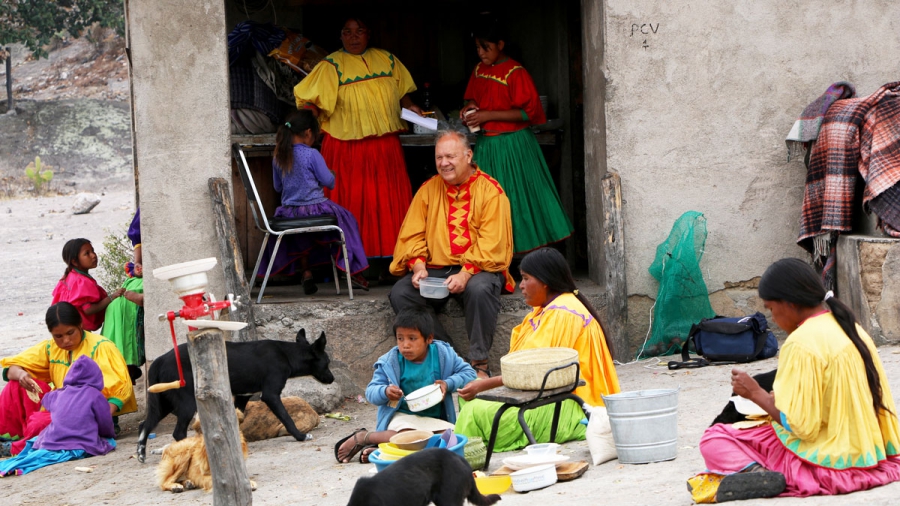 The Sierra Tarahumara has been the home of Wheeler for over 30 years.

"My first memories are sitting at my godfather's piano and putting my fingers on the keys," Gutierrez said.

At just 5 years old, his feet couldn't reach the pedals below. Today he studies music at the state university in Chihuahua. Soon he’ll start his third European tour, alongside his godfather.

Both wear traditional Tarahumara dress when they preform. Back at home, Gutierrez said he's received with pride and respect.

"I want to continue in the footsteps of my godfather," he said. "I want to help my community with music."