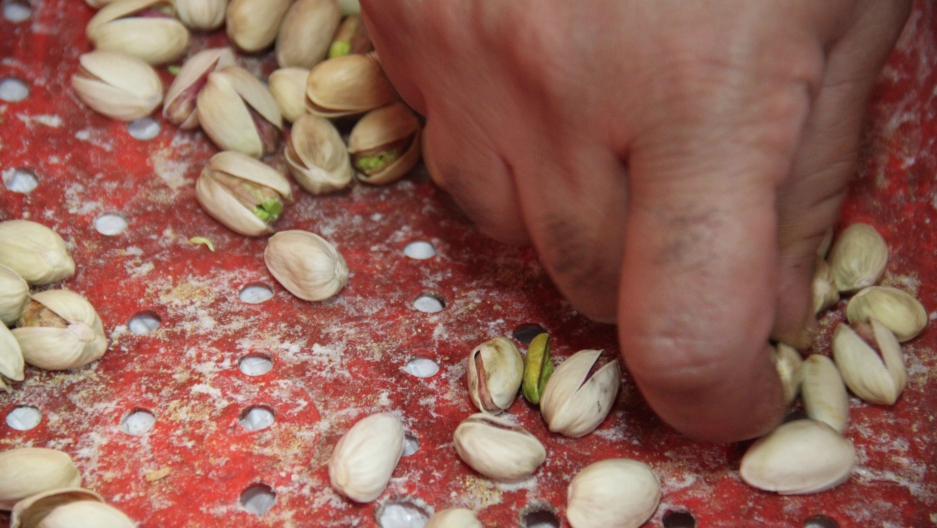 Mohammed Shehada sorts a bag of pistachios, weeding out the American-grown nuts from what are supposed to be Iranian-grown ones. American pistachios are bigger and lighter in color, and the shells are slightly pointier.

Israelis wax poetic about Iran’s delicious pistachios, which have a reputation as being world’s best. They used to enjoy the nuts, until relations between the two countries soured and trade stopped.

Thanks to the lifting of sanctions, Iran can now export its legendary pistachios to the US. American pistachio farmers are already worried about the potential competition. But the Israeli ban on Iranian pistachios remains, so Israelis still can’t get a taste.

Mahane Yehuda, the main Israeli food market in Jerusalem, is a feast for the eyes. Spices and pastries and halva and fruits and vegetables, all piled into small market stalls. It’s where to go to look for something exotic.

I walked into the Hamami nut shop in a side alleyway and asked shopkeeper Yaron Hamami if he carried any Iranian pistachios. 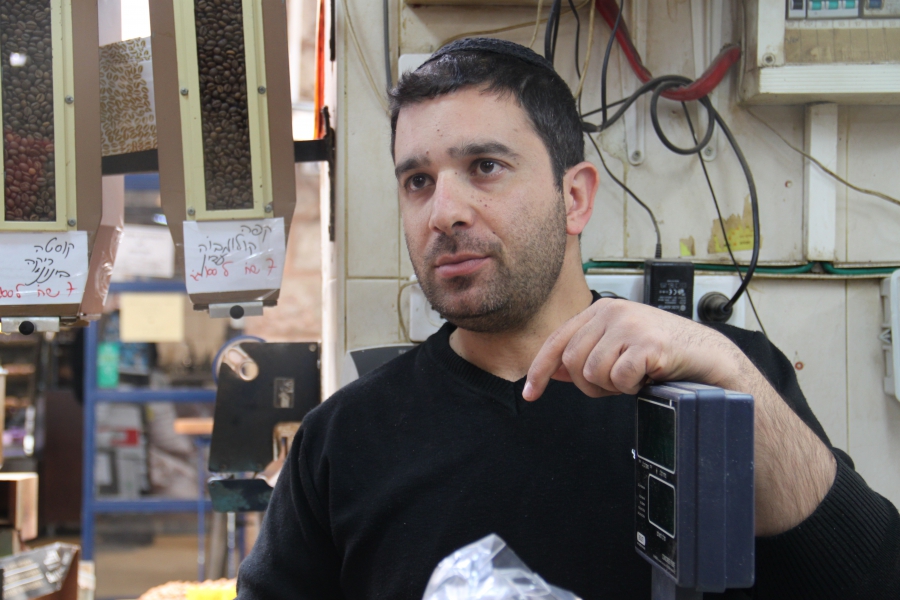 Yaron Hamami says he knows an Israeli man who tried to import Iranian pistachios and was busted by Israeli authorities.

“Persian pistachios are the best,” Hamami said. “I’m Persian, I know. But it’s illegal. There’s nothing you can do about it.”

Hamami belongs to Israel’s Iranian Jewish community, and he loves the taste of an Iranian pistachio. But he said it’s against Israeli law to import them.

He knows someone who tried to import Iranian pistachios about a year ago, but they were confiscated at Israel’s main port, he said.

“He brought it in through Turkey,” Hamami said. “He didn’t write it was from Iran. They caught him.”

Here was my big reveal: I told Hamami I’d already spotted his competitor — a nut seller the next alleyway over — advertising a sack of Persian pistachios.

“You think I was tricked?” I asked.

“Yeah,” he said, laughing. “How do you know whether it’s Persian or not?”

I went to his competitor to buy some. There they were: A small sack near the ground at the front of the shop. Inside the sack, a small yellow sign in handwritten Hebrew read, “Persian Pistachio: Special Taste.”

I asked the merchant how he gets his Iranian pistachios; he quickly ended our conversation. I bought 200 grams and walked over to a third nut stand, Kahana Nuts.

There, a man in the back was stirring trays of watermelon seeds and shoving them in the oven for roasting. I asked a merchant at the front if they sold Iranian pistachios. He said no; it’s illegal.

I told him his neighbor had just sold me some. “They can’t be Iranian. They’re probably Turkish,” he said.

Mohammed Shehada roasting watermelon seeds at Kahana Nuts. He has 30 years in the nut business.

Then the watermelon seed roaster, Mohammed Shehada, a Palestinian, piped up.

“Let me see, let me see,” he said. He peered into the bag for only a moment. “This is Persian,” he said.

“I’ve been doing this for 30 years. I know more than they do,” the Palestinian told me. He said he was willing to bet on it.

Shehada proceeded to dump my small bag of pistachios into a red plastic bin. He separated out a few American nuts mixed in — they’re bigger and lighter colored and a bit pointier — and his Israeli supervisor walked over and peeked. 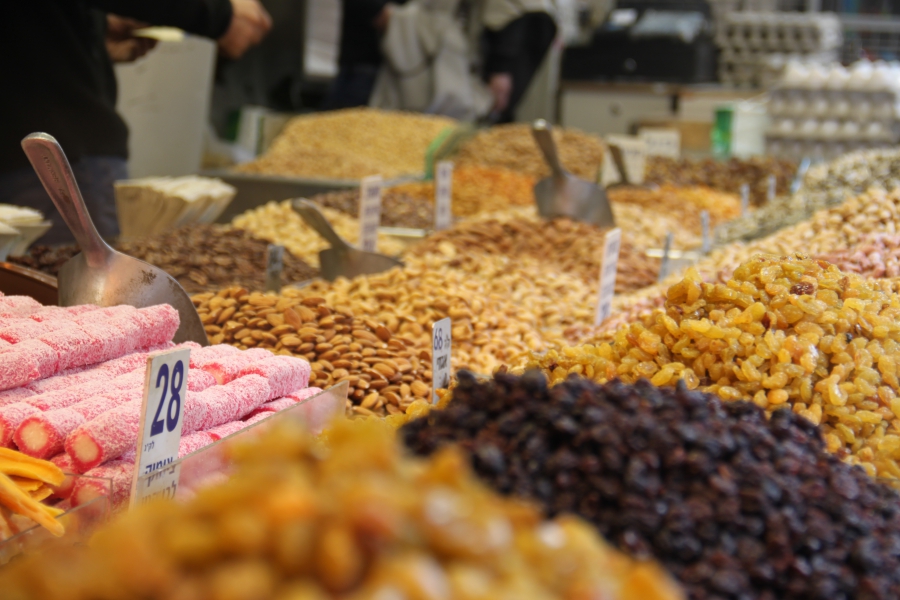 Nuts, dried fruit and sweets on display in the Mahane Yehuda market in Jerusalem.

Later, I called Gil Feiler, an expert in Israeli trade with the Middle East, and he said Iranian pistachios do sometimes make their way to Israel — via Turkey.

To try to stop this, he said, Israel began imposing a tax on pistachios from Turkey in 2011, and importers must prove their nuts are Turkish sourced.

But then I talked to a major Israeli pistachio importer, Vered Mussafi, who insisted that absolutely no Iranian nuts make it into Israel at all, so as not to support the enemy.

I can say one thing with some certainty. The alleged Iranian pistachios I bought were not as tasty and crunchy as the California ones. It turns out pistachio trees in Iran have been suffering because of a major drought.

Maybe these coveted nuts aren’t always all they’re cracked up to be.