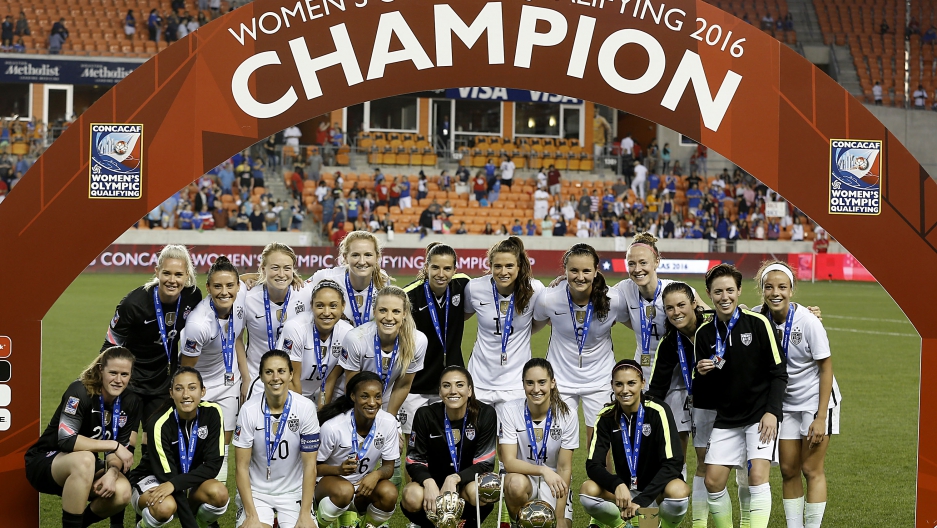 Five stars of the US Women's soccer team have accused the US Soccer Federation of wage discrimination, saying that even as they won a world championship they were drastically underpaid compared to the men's team.

USWNT vs. US Soccer Federation: The Players' Affidavit

"I've been on this team now for a decade and a half," Hope Solo told Matt Lauer on The Today Show. "And I've been through numerous ... negotiations and honestly not much has changed. We continue to be told we should be grateful just to have the opportunity to get to play professional soccer and to get paid for doing it. And, in this day and age it's about equality. It's about equal rights."

The women argue that they not only generate more revenue for the US Soccer Federation, they're more successful.

And how underpaid? In a release, the law firm representing the five say men's team players got as much as four times as much.

USWNT vs. US Soccer Federation: Exhibit 2

"I think that the timing is right," says Carli Lloyd. "I think that we've proven our worth over the years. Just coming off of a World Cup win. The pay disparity between the men and women is just too large and we want to continue to fight. The generation of players before us fought and now it's our job to keep on fighting."

The USSF told The Today Show in a statement that it is "disappointed" by the action.

Due to a typographical error, a previous version of this story incorrectly stated in one instance that the women had a complaint against the US Soccer Foundation. Their complaint is with the US Soccer Federation.