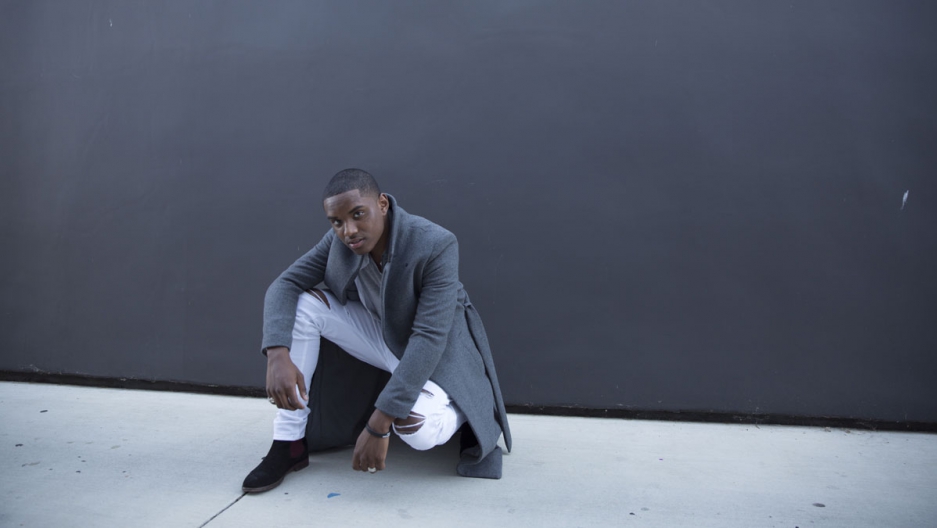 Toronto's got Drake, The Weeknd, and now may have another rising musical star on its hands. His name is Jahkoy.

The young MC has a single called "Odd Future" that is drawing a lot of attention these days. But it's his past that really interests me.

Let's start with his name. It comes from his mom — a first generation Canadian with roots in Jamaica. In Jamaica, Jah is the word for God.

But so is Jahkoy himself. His father is from Ethiopia.

Jahkoy grew up in Toronto and found his way to poetry. But not intentionally, he says.

He just heard beats, and started reciting his poems over top.

"People always ask me how did I got into the music," he told me. "I was just reading poems then out of nowhere I was transferring those poems into songs — beats. I was using beats and just reciting my poems over them. I can’t remember a time when I decided, ‘I’m going to do music now.’ It was more like experimenting and trying different things as I grow. That’s what it was more for me."

Eventually, Jahkoy turned his room into what he calls his musical "lab."

"I look at it more as experiments," he says. "So when I go and do music I look at it like I’m going into a lab right now and I’m going to add chemicals together to get the best product. We don’t know what we’re doing we’re just trying. We know what we can do in certain ways. We’re stretching those boundaries to kind of get more of an extra pull and stretching to full potential. It’s just like, the sky’s the limit when it comes to opportunities. When you can try something you never know what the outcome is going to be unless you get it done."

I caught up with Jahkoy recently at the South by Southwest festival in Austin, Texas. He had just performed his set at the packed Spotify House down the street from the Convention Center.

If the more than 700,000 listens to "Odd Future" is any indication, the young MC is getting serious attention — Def Jam recently signed him.

It's safe to say a lot of people will be talking about Jahkoy soon. But he says "Odd Future" — which he produced with Nova and Wondagurl, is something that came from a more personal place back in 2014.

"At the time I was just kinda being more vulnerable and just letting it all out — not being afraid of anyone having to have an opinion about how I felt."

Getting to that creative personal space is something that might be easier when you write music at home. But that raw emotion is tangible, and it seems to be something people really connect to.

"When I get to write music at home it kind of sits with me personally because it’s just me being myself, letting loose and being free," he says. "'Odd Future' is one of those records where I was just kind of telling my story. I was delivering some relatable lyrics and something that people can enjoy and observe from my life experience."

Keep an eye on Jahkoy. He's just finished his new record, which might be released as early as this summer.