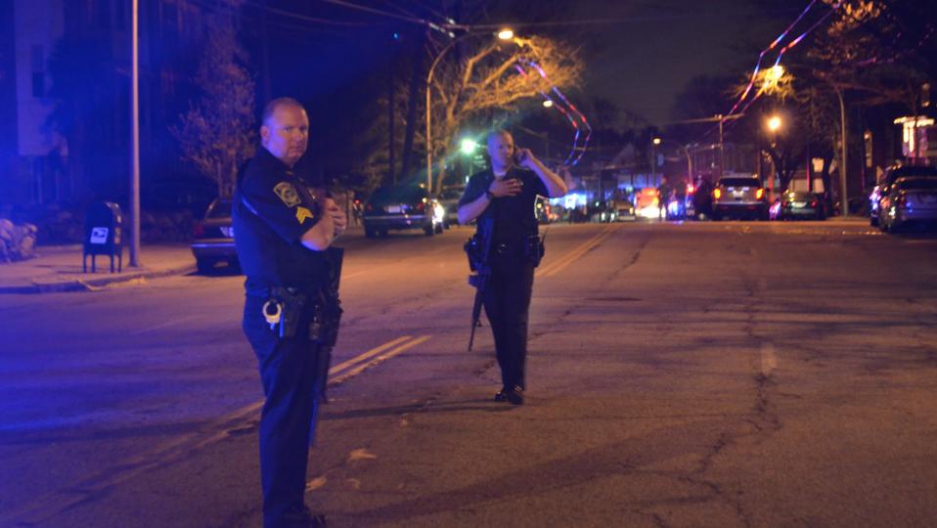 Police in Watertown, Mass. during the manhunt for Boston Marathon bomber Dzhokhar Tsarnaev.

Security expert Mia Bloom estimates that before the 9/11 attacks, there were about 25 self-identified terrorism experts in academia. But that changed quickly.

“In the days after 9/11, a lot of people discovered terrorism and they adopted the field in a very enthusiastic way,” says Bloom.

Bloom teaches at Georgia State University in Atlanta, where she’s researching how children become involved in extremist groups like ISIS.

She says that following 9/11, academia saw a demand for programs and professors in the field of terrorism and raced to fill the void. But qualified candidates who had studied Islamic extremism were scarce.

“It’s absolutely impossible to be an expert on the jihad if you don’t speak Arabic,” says Bloom. "If you’re working in translation, you’re really only getting a snapshot of what’s going on because, like the eskimos have 12 different ways to say snow, jihadis have different ways of saying martyr. If you're using translation technologies, you’re gonna miss the entire story.”

Some academics within the Terrorism Studies field disagree.

“Arabic certainly can be a useful tool for understanding terrorism today," says Max Abrahms, an assistant professor of political science at Northeastern University. "When it comes to Terrorism Studies, there are many ways to skin the cat.”

After spending about 15 years studying international relations, political science, and psychology at some of the world’s most prestigious institutions, Abrahms now lectures on terrorism and asymmetrical conflict at Northeastern. He admits that in the digital age - when everyone is Tweeting, Facebooking and Instagramming -- becoming a terrorism “expert” isn’t exactly scientific.

“It’s not like becoming a physician, where you need to get an MD. How do you become a terrorism expert? Well, you convince other people that you are one,” says Abrahms.

Abrahms says colleges should invest more in terrorism studies programs and professors because he sees a growing demand for the subject.

“I’ll simply list in the course title the word ‘terrorism’ and all of a sudden enrollment will be absolutely packed. So this is really a post-9/11 phenomenon where students are extraordinarily interested in the subject of terrorism and there really aren’t that many professors,” says Abrahms.

Experts say post-9/11 interest in the subject left college and university administrators feeling obligated to create Terrorism Studies programs to stay relevant, essentially having to make do with what was available.

"If you get an expert who has real-life experience, they come at a higher ticket price and therefore they command a higher price on the market when you’re trying to set up a counter-terrorism program. But you might not have the resources to do it," says former Bucknell University president and higher education consultant Brian Mitchell.

“There’s a lot more pop culture being produced than serious academic works that are actually enlightening and deepening our knowledge of the problem,” says Weddady.

Regardless of who teaches terrorism courses, Weddady suggests experts shouldn't come from the Ivory Tower, but from the communities where terrorist groups are sprouting up around the globe.

"There are certain nuances that they will not get because they're not from there. When you have somebody who does not speak the language [and] does not understand culture... their assessment and their analysis is going to be faulty," says Weddady.

Weddady says universities and the public should demand higher quality research and shy away from “the pop culture production of terrorism,” because despite all the newcomers to the field we're not any closer to keeping kids from turning to violence.