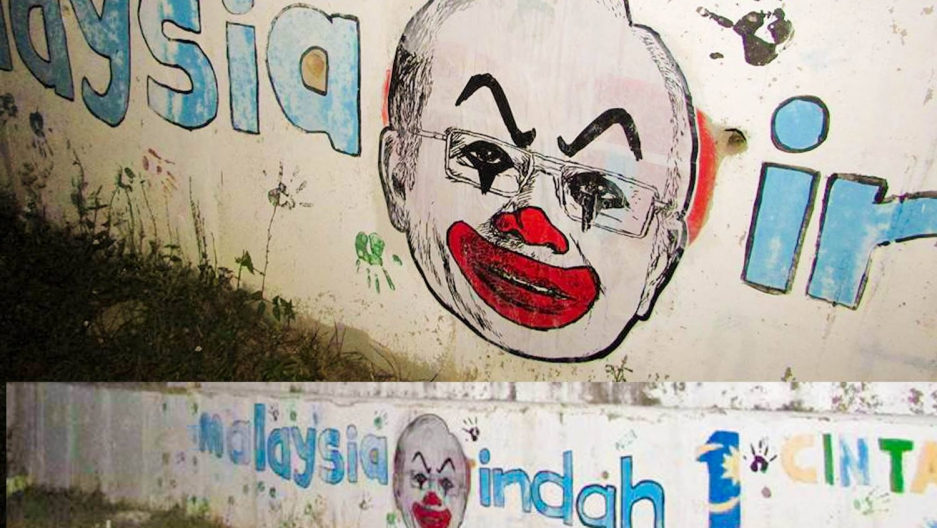 A Malaysian artists's caricatures of  the scandal plagued prime minister as a sinister clown have spurred a wider protest.

There's a clown taking over social media in Malaysia, but it doesn't mean anything funny.

Malaysia's Prime Minister, Najib Razak, is at the center of a widespread corruption scandal right now. Allegedly hundreds of thousands of dollars have been wired into Razak's bank accounts from Saudi Arabia.

And one man is responding to the controversy — with art.

Graphic designer and activist Fahmi Reza first downloaded a portrait of the prime minister from Razak's Facebook page, then added clown makeup to it. He put the poster up on the street and posted it to his personal Facebook page. 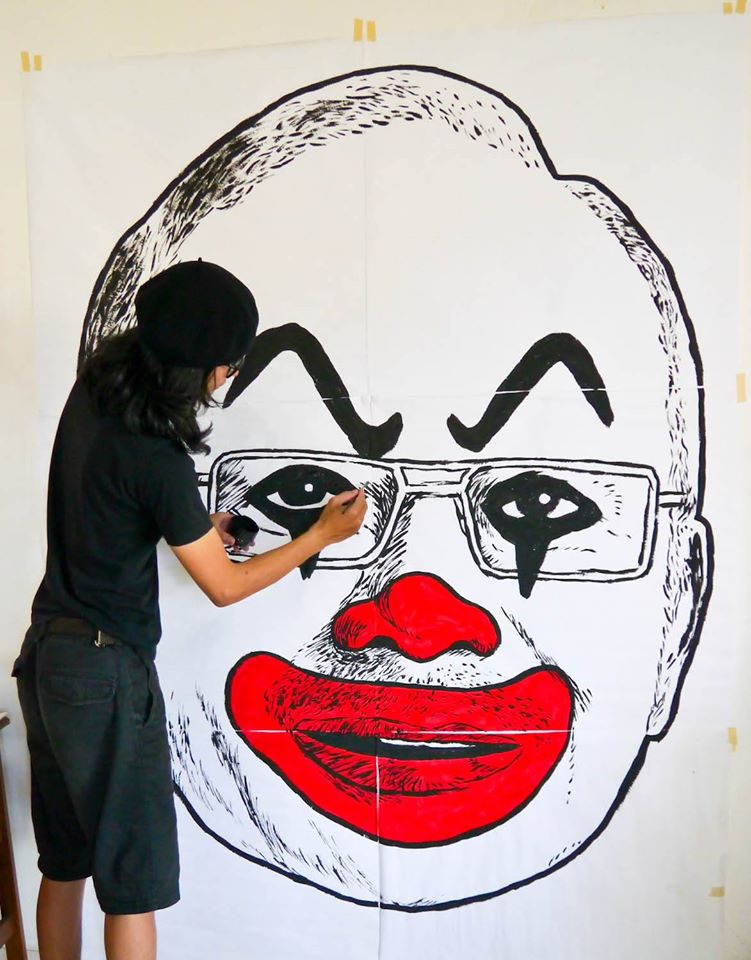 "The whole country has become the butt of a joke," he says. He says he simply wants to point out the hypocrisies and absurdities of Malaysian politics.

The resulting caricature has gone viral in Malaysia, and has spurred a wider protest online, with people using the hashtag #KitaSemuaPenghasut, or "We are all seditious." Reza says more than 40 vendors have created shirts with the image. Within three weeks, he says, they sold more than 2,000 of them.

Reza says the hashtag came from his original poster, which was torn down hours after he originally put it up. It refers to a colonial-era law that criminalizes sedition.

While the caricature shows the prime minister as a clown, the Malaysian authorities aren't laughing. Reza says only three hours after he tweeted the poster, the official Malaysian police Twitter account posted a notice that Reza was being surveilled, and warned him to use his account lawfully.

Instead of deleting the tweet, Reza redoubled his social media presence and retweeted the poster. Since then he's been brought in for police questioning, and if he's charged, could face five years in prison.

"It's all an act of intimidation," he says. "They're trying to intimidate me. But I think they messed with the wrong person. Even though I am just a regular person, just a graphic designer, I don't tolerate this bullying tactic from the government."

And at the end of the day, he says if he's put in jail, the protest will only get bigger.

"I hope my defiance and disobedience against the authorities ... will inspire other artists to do the same," he says.