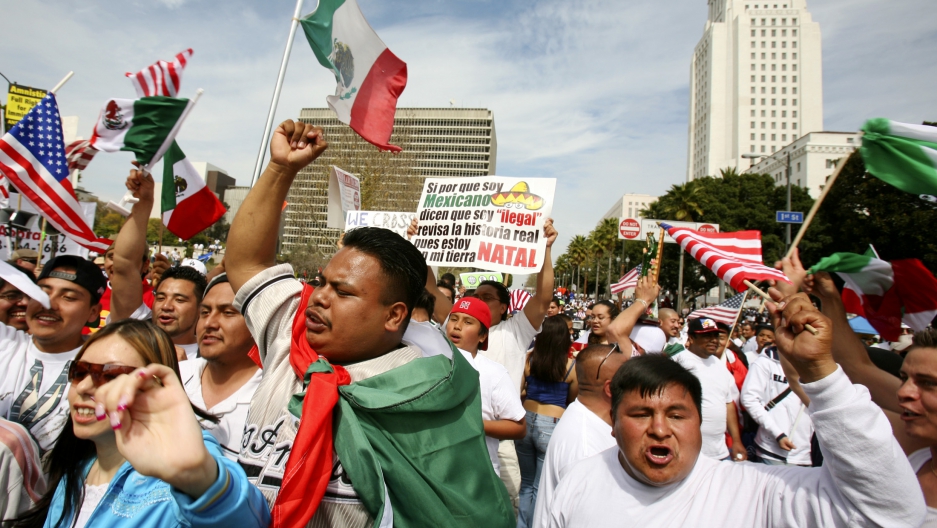 In March 2006, protesters in Los Angeles — and throughout the US — took to the streets to fight legislation that cracked down on immigrants in the US illegally.

Back in 2006, tough immigration legislation introduced by US Rep. James Sensenbrenner sparked massive protests. The legislation, the Wisconsin Republican said, was a necessary response to rampant illegal immigration.

Sensenbrenner’s legislation mandated faster and easier deportations, increased fines for those employing people in the country illegally — and possibly prosecuting people if they assisted the undocumented.

“It not only cracked down and tried to demonize immigrants themselves, but anyone who helped,” says Matt Barreto, a political scientist at the University of California, Los Angeles, who participated in the 2006 marches. “Anyone who even gave a ride, or helped in anyway, an undocumented immigrant just try to have a better life would be in violation of federal law, so it was very extreme in what it was trying to do.”

After the Sensenbrenner bill passed in the House, and awaited a vote in the Senate, Latino activists began to organize.

“I said we have to move,” says Armando Navarro, a professor of ethnic studies at the University of California, Riverside, and a veteran immigration rights advocate. He organized some of the first strategy sessions in Southern California to oppose the Sensenbrenner bill, sessions where big public protests were seen as the best option.

“The only political avenue that we had available to us was to take to the politics of the street. We had to show our power, our capability manifested by our numbers.”

And those numbers showed up to oppose the Sensenbrenner bill, starting with a 100,000 strong protest in Chicago. But the largest demonstration was held in Los Angeles on March 25th of 2006. On that day, half a million people marched in the streets of downtown Los Angeles, making it the biggest mass gathering in the city’s history.

On May 1st, organizers increased pressure by staging a day “without an immigrant” demonstrations, urging undocumented workers, from nannies to janitors to cooks, to march in the streets instead of showing up at their jobs.

Protesters claimed victory when the Sensenbrenner bill was defeated in the Senate. But in the decade since the 2006 marches, immigration rights advocates have spent a lot of time debating the demonstrations’ legacy.

Barreto says the marches were crucial in creating an opening for initiatives such as as Deferred Action for Childhood Arrivals, which allows many undocumented individuals who were brought to the United States as minors to stay in the country. 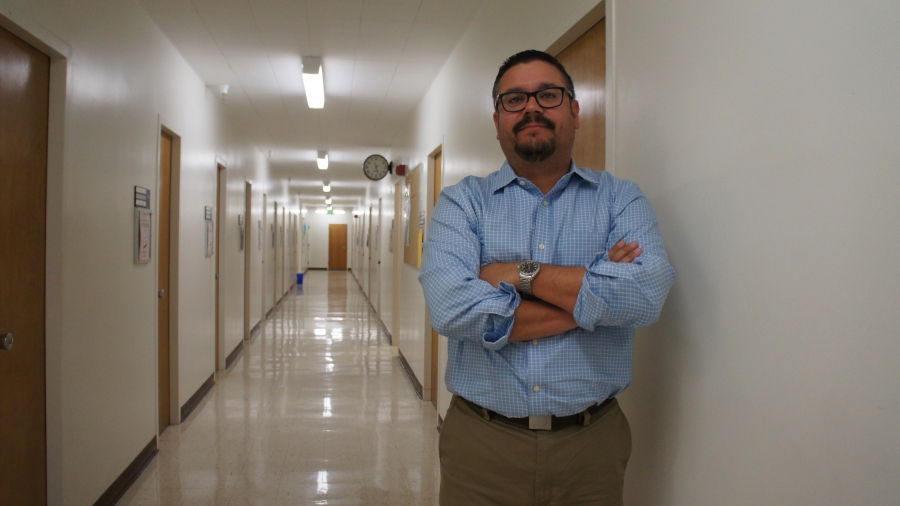 Matt Barreto, a political science professor at the University of California, Los Angeles, participated in the pro-immigrant rights marches in 2006.

As importantly, Barreto says, the 2006 protests created new leaders and an enduring political unity among Latinos. “It created that national mood in the Latino community,” he says. “It created that issue that everyone could relate to. It didn’t matter if you were conservative, it didn’t matter if you were US-born or third generation, everyone could relate to what was happening. That created this Latino identity that has since not left and continues to revolve around the immigration issue.”

But Navarro, who helped organized the 2006 marches, is not as optimistic. He notes that the defeat of the Sensenbrenner bill was quickly followed by an increase in deportations and zero progress when it came to passing comprehensive immigration reform and a path to citizenship for the nation’s 11 million-plus undocumented people.

Navarro puts some of the blame for this on activists who, he believes, did not capitalize on the momentum of the 2006 marches. “Efforts were made during the latter part of 2006 to recapture that incredible energy, to recapture and revitalize it and move it forwards now with immigration reform as a focus. We didn’t succeed.”

Others contend the 2006 marches helped create a backlash against immigrants, one that found expression in everything from the spread of Minutemen on the US-Mexico border to the policy proposals of Republican presidential candidate Donald Trump.

In today’s political climate, Barreto says if immigration rights activists want to revive the spirit of 2006, and further their goals, they need to do at the ballot box as well as the streets.

“You saw that as a theme in the rallies back in ’06,” says Barreto. “There were a lot of signs that said 'Hoy Marchamos, Mañana Votamos' [Today we march, tomorrow we vote].

"I would say that is the biggest objective now. How do we take that energy that was there in 2006 and turn it into very high rates of voter registration and voter turnout? When that tide turns, at that point, we will have an opportunity to send a message to politicians by voting."