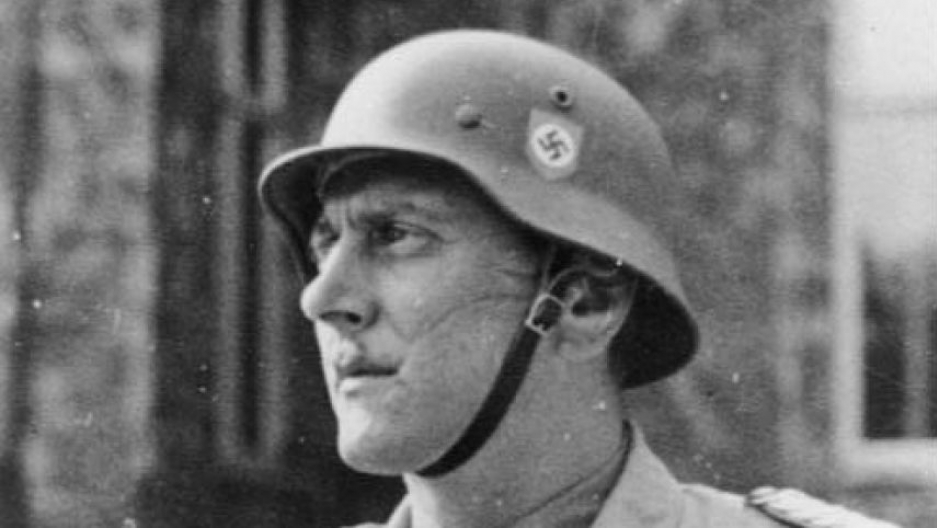 Otto Skorzeny was one of the most outstanding military men of the 20th century. His specialty was daring, guerrilla-style, commando raids. He was an unrepentant Nazi, a senior SS officer, who remained involved in right-wing causes his whole life. And now it’s emerged that he was also an agent and hitman for Mossad, the Israeli intelligence service.

The extraordinary story of Skorzeny’s work for Israel is documented for the first time in the latest edition of the magazine, Forward. The piece was written by Dan Raviv, a correspondent with CBS Radio News, and Yossi Melman, an Israeli author. Together the two men have written five books on Israeli intelligence operations.

Skorzeny was an Austrian, from an old distinguished but impoverished family, proud of its long military tradition. The 6-foot-4 Skorzeny was a noted duellist, and ‘fencing’ left him with a massive scar across his face.

He was an enthusiastic Nazi, joining the Austrian equivalent of the Nazi party in 1931. When World War II broke out in 1939, Skorzeny volunteered for the SS, joining a unit called Leibstandarte, which had been set up as Hitler’s bodyguard. Ostensibly a military unit, it left a trail of burned villages, massacred civilians and murdered PoWs.

Skorzeny distinguished himself for his resourcefulness, daring and deception, and soon began his commando career.

His most famous exploit was perhaps the rescue of Italy’s Fascist leader, Benito Mussolini, from rebels in 1943. Skorzeny brought troops in silently by glider, landing near a mountaintop fortress, and overwhelming its defenders. 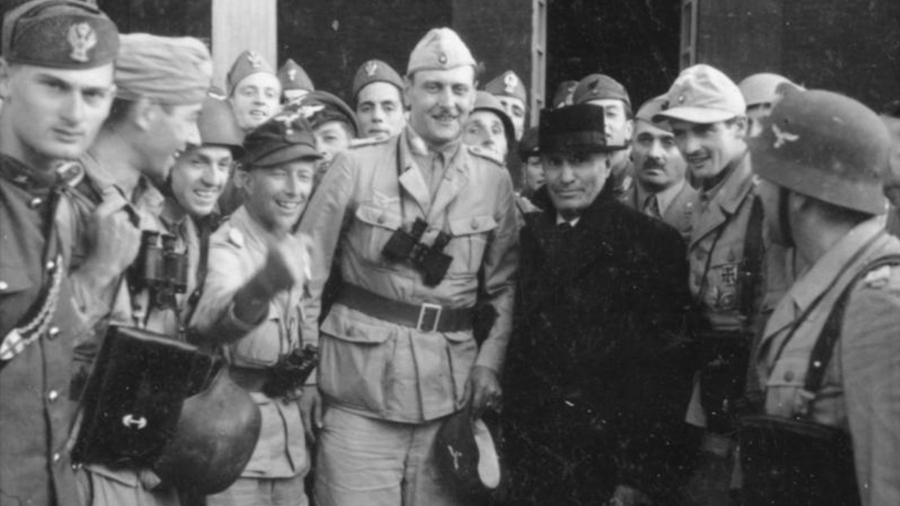 For that Hitler personally awarded Skorzeny the Iron Cross. His action helped keep Fascist Italy fighting as Germany’s ally for another two years. The Fuhrer met with Skorzeny often, and in turn he clearly admired the dictator.

In the Battle of the Bulge, it was Skorzeny who led the German effort to send commandos behind the lines in captured US uniforms to sow confusion and sabotage key targets. Fighting in enemy uniform is a war crime, punishable by death. But Skorzeny managed to get himself acquitted by an Allied military tribunal after the war, in 1947. A year later, he escaped custody, allegedly helped by former fellow SS officers — dressed in stolen American uniforms.

He became a businessman — he was an engineer by trade. But Skorzeny was not content with that. It’s alleged he helped other Nazis escape to safety in Spain or Latin America. He also became involved in Egypt’s efforts to beef up its armed forces to confront Israel. He’s believed to have provided commando training to Egyptians and Palestinian refugees. One of his graduates is said to have been none other than Yasser Arafat.

Other Germans — scientists — were helping Egypt build up a rocket and missile program to strike Israel. This was the late 1950s, into the 1960s.

It was a nightmare for Israel, says Raviv, “thinking that German Nazi scientists were working on that … And so the Mossad did everything it could to stop it, to intimidate the Germans. (They) sent them all kind of threatening letters; phone calls in the middle of the night, both in Germany and in Egypt.”

Skorzeny was involved with the scientists.

“We learned,” says Raviv, “from really impeccable sources,” that after considering killing Skorzeny, Mossad decided to try to recruit him instead.

Skorzeny agreed to help Israel in exchange for being taken off Israel’s hit-list. He even turned down offers of money.

Simon Wiesenthal refused to take Skorzeny off his list of Nazis who should face justice for their crimes. But Mossad forged a letter from Wiesenthal and gave it to Skorzeny to try to persuade him to help.

“They flew him to Israel,” says Raviv. “They tried to work on him a little bit. They took him to Yad Vashem, the famous Holocaust memorial and museum.”

But he showed no sign of remorse or guilt. Israeli intelligence analysed him and decided he had no moral compass.

But Skorzeny became an enthusiastic and cooperative agent for the Jewish State. He obtained and provided key intelligence on the scientists working for Egypt, including personal information and addresses. He mailed at least one letter bomb.

“Not only that,” says Raviv. “we have found out that he willingly participated in at least one assassination. In fact it was Skorzeny who pulled the trigger and killed one of the German scientists.”

Modern Israeli analysts, who have seen the original files on Skorzeny, cannot explain why he was such an enthusiastic agent, really helping the Israelis.

“I guess he thought it was adventure,” says Raviv, “and that Mossad is the best in the business, and somehow he enjoyed being involved with them.”

Mossad did take Skorzeny off their hit-list. In later life he got involved again in right-wing causes, founding a "consulting group," that acted as a front for recruiting and training mercenaries to fight for right-wing regimes and military juntas from South Africa to Greece and Chile.

Skorzeny died peacefully in Madrid in 1975. At funeral ceremonies there and in Vienna, the Nazi hero was given the Hitler salute by former SS comrades and others.

One man at the funeral was none other than his now retired Mossad handler, Yosef Raanan — a fellow Austrian who lost much of his family to the Holocaust.  He flew at his own expense to pay his respects to his former agent, SS Colonel Otto Skorzeny.

Former SS officers and others give the Nazi salute at Skorzeny's funeral ceremony in Vienna, 1975