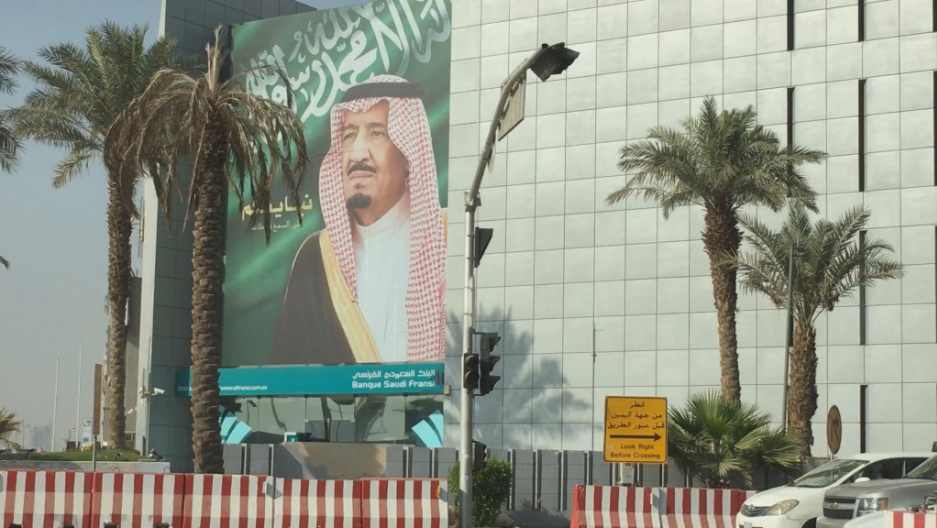 When popular protest movements flourished from Tunisia to Yemen in 2011, they were stifled in Saudi Arabia. But a new film, using footage shot by Saudi activists, shows that many Saudis were dissatisfied then — and now.

British director James Jones has tapped into a network of activists who, since 2011, have been documenting abuses by Saudi authorities.

"Our film," he says, "really relies on an underground network of brave activists who've filmed life in Saudi Arabia ... right up to the present day, filming everything from public executions ... to religious police patrolling the streets harassing people ... to everyday acts of violence against women on the street."

Saudi Arabia Uncovered tells stories that foreign correspondents are not able to tell by photographing in places where government minders would never allow journalists.

There are shots of garbage-strewn alleys with open sewers, female beggars stopping cars and asking for change, and scene after scene of brutality at the hands of Saudi authorities.

"The prison clips that we have in the film really shocked me," says Jones. From the outside, Breiman prison looks as tidy as any government building.

But as the film shows, inside the prison it is overcrowded, poorly supervised and chaotic, with prisoner-on-prisoner violence and rampant drug abuse.

Jones chronicles the story of activist blogger, Raif Badawi. "He had posted quite mild criticisms of the government, and more specifically Islam, but not calling for the overthrow of the government or anything extreme," says Jones. "But he was punished with 10 years in prison and 1,000 lashes. And it was in his prison that the network managed to smuggle in mobile phones and then film the kind of horrific reality of life in there."

The story of another activist, told in the film, is particularly poignant.

"The 17 year-old protester, Ali Nimr, comes from a prominent Shiia family in the east, and was involved in the Arab Spring street protests in 2011-2012," says Jones. "But he was a schoolboy. In February 2012 he was arrested — aged 17 — and then charged with treason. And the punishment for that is beheading, followed by public crucifixion."

The Saudis have assured the British government that Ali Nimr will not be executed. "But there's been no change to his sentence. So the family expects the worst," notes Jones. Ali Nimr's uncle, the Shiite cleric Sheik Nimr al-Nimr was executed January 2, 2016.

Jones says the Saudi activists who contributed video to his project showed a special kind of courage. "The risks are huge," he says. "People go to prison for posting a tweet critical of the government. So everyone in Saudi Arabia, particularly since the Arab Spring, everyone is aware of the punishments they could face, but that hasn't stopped them."

The James Jones film "Saudi Arabia Uncovered" is presented in the US by PBS/FRONTLINE.