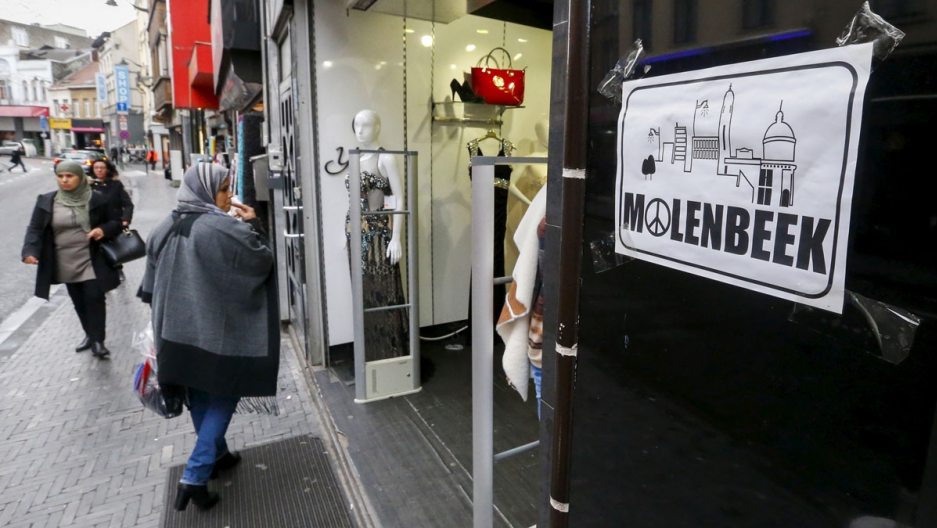 A placard reading Molenbeek with a "peace and love sign" is seen in a shopping street in the suburb of Molenbeek, after security was tightened in Belgium following the attacks in Paris in November.

Shazia Manzoor has lived in Molenbeek for most of her life, and she’s proud of it. That’s one reason she’s dismayed by the hundreds of TV crews coming through here in the past four months, painting her neighborhood as a den of terrorists. Nicknames like Molenbeekistan don’t help, and she says it makes people here feel angry and shamed.

Manzoor was born in Pakistan and arrived in Belgium with her family when she was 2 years old. She’s 43 now, and deeply invested in her community. In 2012 she became the first Pakistani-born woman to be elected city councilor in Molenbeek. She says growing up here, things were good for her family

"My father had work, and school was good, so everything was going smoothly,” she says. “All these problems of radicalization and extremism, we had never heard about. I would almost say that we lived in the world of the Care Bears here, it was extraordinary. And it was like this until very recently.”

She says she began to notice changes about five years ago though they probably started long before that.

"We began to notice a sense of malaise and desperation in people’s lives," she says. "Most young people are unemployed, so they hang around the streets in groups. And it made people feel uncomfortable. It happened slowly, but we did notice it.”

Still, like many others, she was shocked by the links between some of the Paris attackers and Molenbeek. So she wants to do whatever she can to show another side of her community. She took me on a short walking tour. 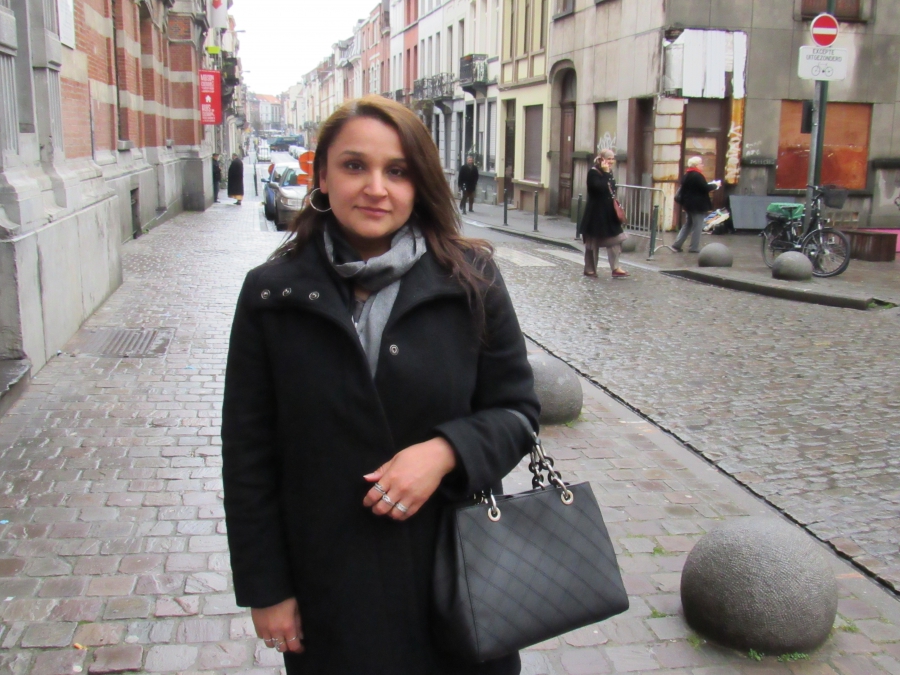 Shazia Manzoor has lived in Molenbeek for most of her life.

We walk past the heavily guarded police station, and she points out a newish playground in a small park nearby. Past narrow streets lined with modest homes, we arrive at an open square with a café on the corner. A group of about 20 people, speaking Arabic, are sipping coffee at outdoor tables.

I point out to Manzoor that all of the customers are men.

“Well let’s say that culturally speaking, Muslim women don’t go to the café,” she says. “So you could be in a café in downtown Brussels but here, a woman sitting among her fellow countrymen, it’s still frowned upon.”

A few blocks on, we reach the local cultural center housed in modern offices in an elegant old brick building. And Manzoor runs into a friend, Angela Longhin, who runs special outdoor events at the center.

“We’re going to have MolenDance here soon,” she says. “It’s a dance festival, and then theater. It is really diversified.”

Further on, we get to the main shopping street here Chaussée de Gand. Manzoor says in the past few years, she’s seen more and more hipsters shopping for bargains here, from clothing to pots and pans. I don’t see many shoppers. Manzoor explains that’s partly because of Friday prayers at the mosque, but also the attacks in Brussels and Paris have kept people away.

"Most of store owners here, who are Belgians of Moroccan descent, are affected economically, so the community is stigmatized. Business has fallen off … so we are victims of everything that is happening. Collateral victims, but still.”

Manzoor has a lot on her mind lately. She’s a moderate Muslim, she says, like many Pakistani Belgians in Molenbeek. She doesn’t cover her long brown hair. And the idea that her neighborhood might seem risky for non-Muslims to venture into bothers her.

"I have never had any problems here in Molenbeek,” she says. “And sometimes I wonder if, even though I am Belgian, my appearance seems foreign, my hair, the color of my skin ... is that the reason no one has ever bothered me here? And do Belgians of European background get in trouble when they come here? I have a lot of questions. Of course there is this whole aspect about the attacks, I understand but once again, why are we getting blamed for it?”

As she struggles to answer these questions, Shazia Manzoor says she knows her role now as city councilor isn’t just to help local constituents.

It’s to reach out to the rest of the world.