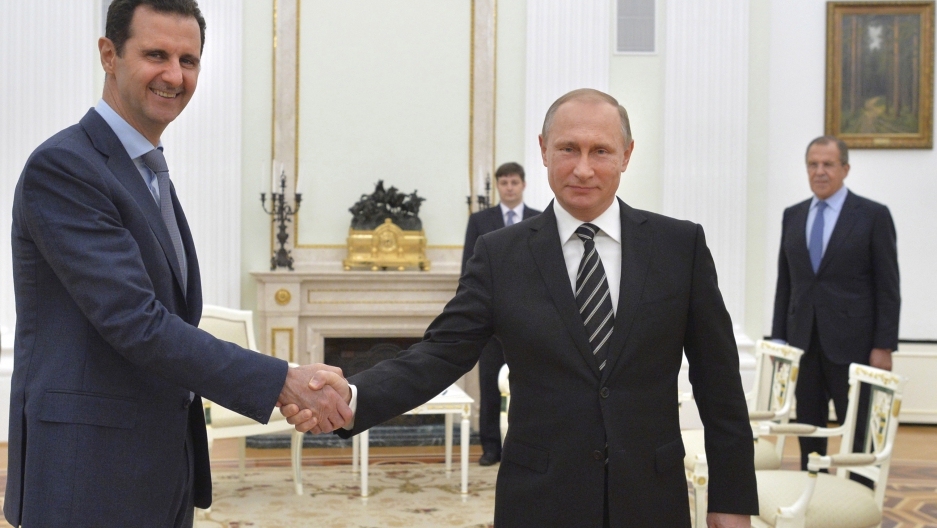 The retaking of the ancient Syrian city of Palmyra from Islamic extremists was just what Bashar al-Assad needed. The Syrian president had suffered numerous military defeats and anti-government control since last summer. But Russia's military intervention saved the day for Assad and his regime.

It wasn't just two weeks ago when Russian President Vladimir Putin announced he would start to partially withdraw his military forces and begin to focus on creating a political solution. Putin emphasized that despite the drawdown, Russia would continue to maintain a strong military presence for Syria.

Putin would be able to claim diplomatic victory if a political settlement could be reached. Negotiations are scheduled to begin next month, according to UN special envoy Steffan de Mistura.

For Assad's part, says Lesch, the Syrian president surely sees the writing on the wall. Lesch is the author of "Syria: The Fall of the House of Assad." He says Assad knows he needs Putin's support in order to move forward so he recognizes he must engage in some political settlement that, at the very least, will satisfy Putin.

"I think Putin has put Assad on... a diplomatic island. And Assad and his advisers are trying to figure out a way to catch a lifeboat off of it."

Assad might be compelled to accept some sort of political settlement, says Lesch, that gives the appearance that he'll hand over power, while maintaining the ability to regain power over time.

"The modus operandi of Assad over the years has been to hang in there long enough, until circumstances change and improve his relevance and bargaining position."

Lesch doesn't see how Assad will be able to rule over what he calls, "a mishmash" of an area that is Syria. The Assad regime has underestimated that the Syrian people have moved on. They've been voting for people, they've been running things on their own.

He recalls asking a Syrian opposition leader in late 2012 why he would put up with a life of deprivation, lack of food and constantly moving and he said, " because I've heard my voice for the first time ... because in the previous situation before the uprising ... almost everything was controlled. And once people hear their own voice it's very difficult to go back to an old situation."