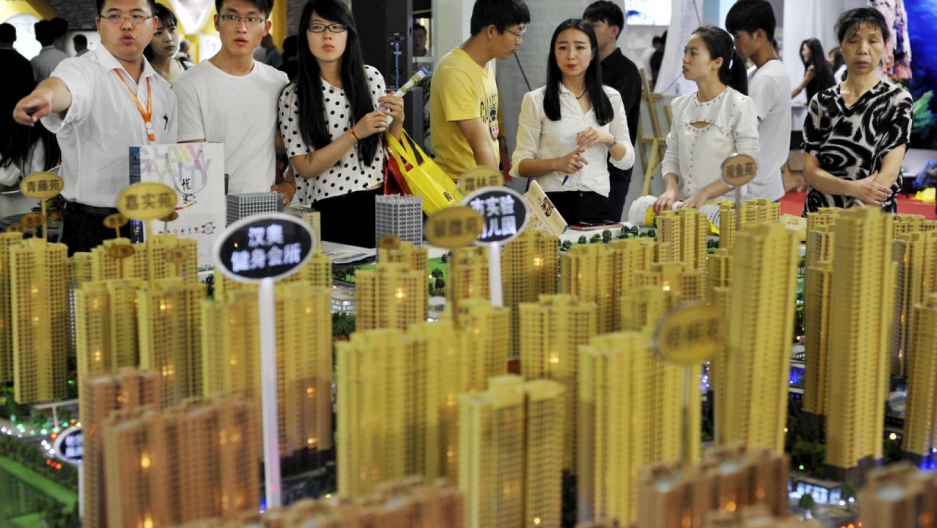 Sales representatives talk to potential buyers in front of a model of a residential complex at a real estate exhibition in Wuhan, Hubei province, China, on May 10, 2015.

Property developments with Western names have become common throughout China, where realtors and developers say that American, British and French names evoke sophistication and help attract status-conscious buyers. And while the trend has long amused foreigners living in China, the government in Beijing considers it a real threat to the country’s “sovereignty” and “national dignity.”

Now, Western-sounding names are no longer welcome, Chinese officials say. Instead, developers should prefer names inspired by China's own history, culture and landscape: "Yellow River," for example. Those orders come from Civil Affairs Minister Li Liguo, according to a report in China's state-owned newspaper Xinhua.

Beijing also plans to go after the names of bridges, roads, buildings and residential compounds that are "at odds with socialist core values," "deemed immoral" and "have attracted the most public complaints," Li said following a review of a geographical names survey that began in 2014 and is due to finish in 2018.

So what's behind Beijing's war on foreign place names?

For Chinese leaders, it's all part of a broader effort to hold back the growing influence of Western culture and ideas on Chinese society. Beijing has previously banned the use of English acronyms in television and radio broadcasts, restricted the use of Western textbooks and tightened its grip on state media. And now, it's going after places like "Manhattan Plaza."

If you want a sense of top Chinese leaders' paranoia about the dangers of Western culture, look no further than an essay by former President Hu Jintao published in a Communist Party magazine in 2012: "We must clearly see that the international hostile forces are stepping up strategic attempts to westernize China, and ideological and cultural fields are a focus for long-term infiltration," Hu wrote.

The anti-foreign-names campaign also comes amid a crackdown on official corruption and ostentatious displays of wealth, as current President Xi Jinping seeks to keep a lid on China’s simmering social discontent arising from the country's vast income gap and slowing economic growth.

But it's doubtful that Chinese property developers will pay much attention to the government's latest warning on foreign place names.

The New York Times points out that a law prohibiting their use has existed since 1996 — and that sure hasn't stopped builders.