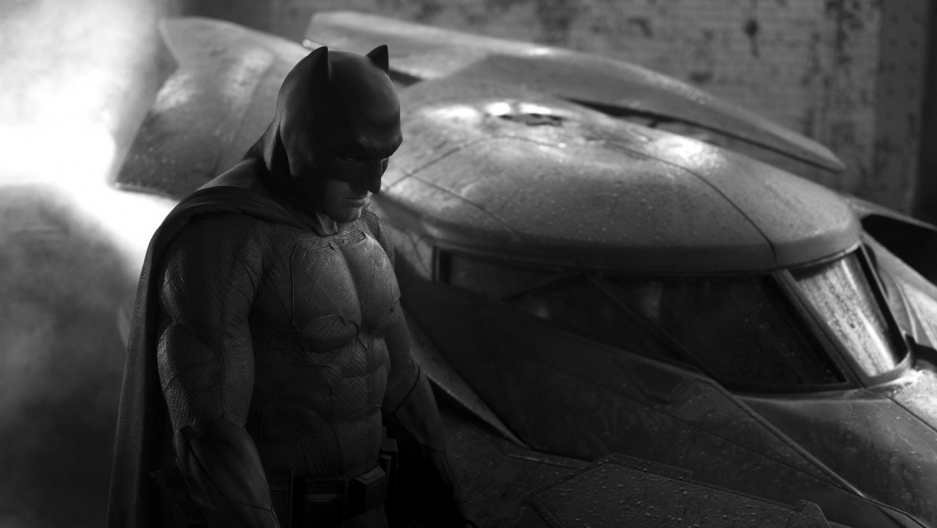 There's nothing more fun than reading a negative review, is there? How about a bunch of them? As you may have heard by now, the movie "Batman v Superman" hasn't been much of a hit with critics. There have been anumber of unflatteringreviews. To quote the wonderful A. O. Scott, "it is about as diverting as having a porcelain sink broken over your head (one of the more amusing things that happens onscreen)." Poor Henry Cavill.Poor Ben Affleck.

But the true coup de grace comes from a repurposed Yahoo Movies interview (original here) that peers deep in the dark heart of Affleck's malaise. While Cavill responds to a question about the terrible reviews the film has received, Affleck stares sadly off into space, seemingly in his own world:

And lest you think this is a grown man caught feeling sorry for himself in the middle of a press junket for a giant superhero movie, it's all in character. Both Batman and Affleck have a long history of angsty staring, which we wanted to share in the highest known form of media: the GIF.

Exhibit A: Baby Ben Affleck. His sad face has been around for quite a while.

Exhibit B: Baby Batman also gets sad (to be fair, this is right after his parents die so let's be supportive).

Exhibit C:Batman's childhood trauma means he grows into a very moody man. A man who stares into the rain and sulks around on the regs.

I guess what I'm saying is: don't worry about Ben Affleck. This is just who he is right now. I'm sure he'll get better soon.