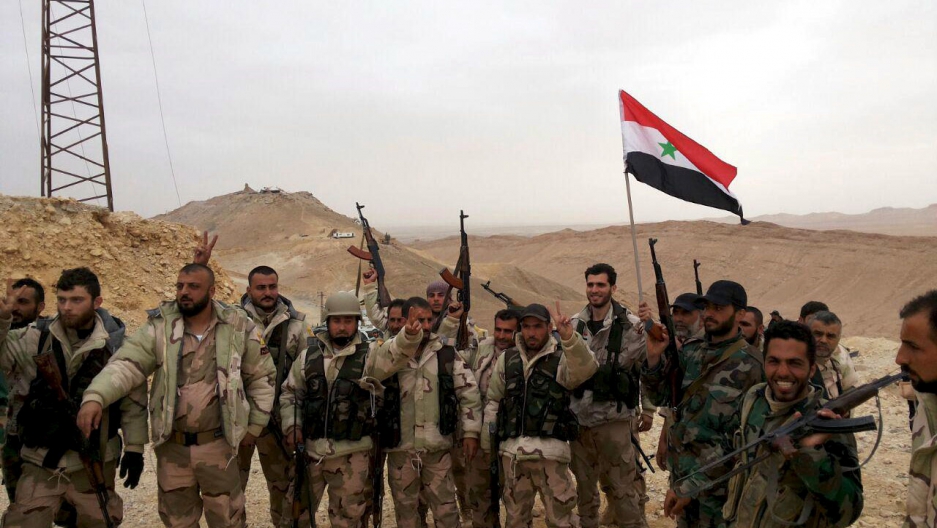 Forces loyal to Syria's President Bashar al-Assad flash victory signs and carry a Syrian national flag on the edge of the historic city of Palmyra in Homs Governorate, in this handout picture provided by SANA on March 26, 2016.

In a major assault against ISIS backed by Russian airstrikes, the Syrian government announced this weekend that it recaptured the city of Palmyra.

Palmyra is not only a strategic city but also an archaeological gold mine that suffered considerable destruction under ISIS's 10-month grip.

The defeat to forces loyal to Syrian President Bashar al-Assad is the latest in a series of setbacks for the self-proclaimed Islamic State in Syria and Iraq. In recent months, ISIS has lost a substantial portion of its land holdings in the two countries and last week one of its top commanders was killed by US forces.

Dr. Amr Al-Azm, an associate professor of Middle Eastern history and anthropology at Ohio’s Shawnee State University, says he is happy about the victory but isn’t thrilled about the Assad regime regaining control.

“Obviously for someone like myself, even though I am opposed to the regime, ISIS is also an enemy — in the case of cultural heritage, an even greater enemy,” Azm says. “For that reason, I was relieved that ISIS is no longer there. The terrible damage that they have inflicted on the site is just incalculable … though it saddens me that the regime is the one that’s taken over the city.”

Palmyra is a strategic stronghold in central Syria. It's a gateway to Homs and Damascus, which links to Deir al-Zour, near the Iraqi border. The city also sits on top of ancient Roman ruins. Since seizing it in May of last year, ISIS inflicted significant damage to some of its historical sites. Thousands-year-old temples and monuments were destroyed.

Azm thinks little can be done to repair the Temple of Bel, but he's holding out hope for other structures. 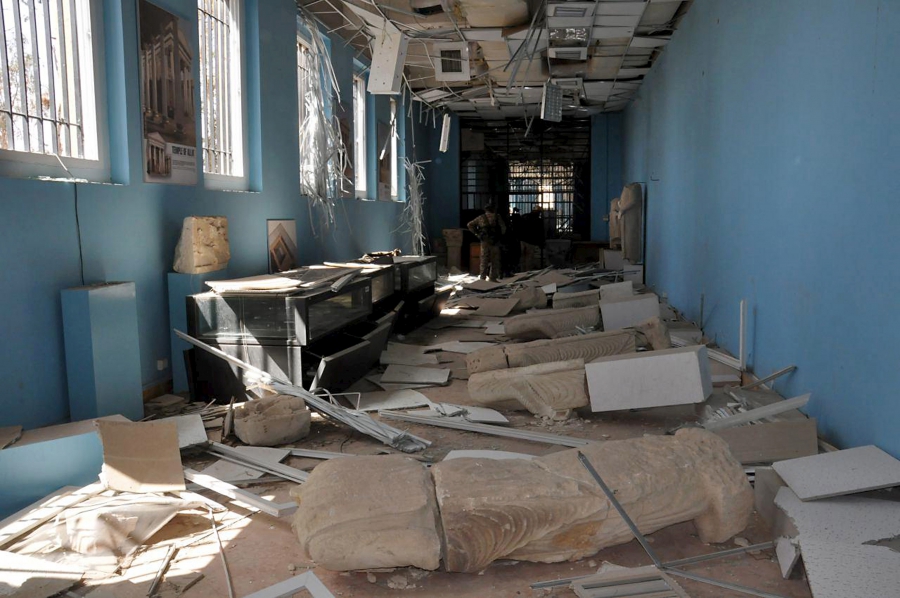 Damaged artifacts inside the museum of the historic city of Palmyra, after forces loyal to Syria's President Bashar al-Assad recaptured the city, in Homs Governorate.

“You’ll never be able to get back the original building in any shape or form. Too much of it was destroyed in the big explosion,” Azam says. “You may be able to reconstruct, rebuild something, but I think there will be a lot of modern stone incorporated into there and maybe some of the old pieces that are salvageable.”

But while ISIS's destruction of historical gems is notorious, they're not the only ones.

Azm says while laying siege to enemies controlling Syrian land, the government has been undiscerning in its attacks.

“They’ve behaved very callously towards cultural heritage. When they wanted to recapture the Krak des Chevaliers — another world heritage site designated so by UNESCO —they bombed it from the air with their air force,” Azm says. “They dropped barrel bombs; they shelled it until they got it back. They can be very indiscriminate when they want to attack a site of location and force the opposition out of it.

“If ISIS maybe positioned themselves in the ruin, they would not have taken any care in trying to protect them.” A Syrian soldier takes a position inside a palace complex during Assad forces' offensive to retake Palmyra. SANA/Reuters

With peace talks reconvening in Geneva in a few weeks, some experts see this victory as strengthening the Assad regime’s hand.

“For the regime, obviously this is a very important moment,” Azm says. “It helps reinforce the narrative that really only the regime is now able to take ISIS on … that they can be successful, they are able to recover territory from them, and that they should be seen as a real ally in the fight against terrorism, something that is obviously a major issue for both Europe and the United States.

“Both Russia and the regime have been trying to push that narrative on the international community,” he adds. “Russia in particular has been saying the only way to effectively fight ISIS is to engage the Syrian regime.”