Tablet computers are set up inside Giotto's bell tower (one of the principal monuments on the Piazza del Duomo) in Florence, Italy. The app allows visitors to create digital graffiti.

Graffiti will probably never go away. It’s sprayed over, scrubbed, erased. But it comes back again and again.

So how do you defeat graffiti when you don't want it? Well, considering that graffiti comes from an Italian word (graffiato) meaning scratched, it figures the Italians would try to come up with a solution, a virtual solution anyway.

“It’s actually working beyond our wildest expectations,” says Pietro Polsinelli, who’s on the technical team at the Opera di Santa Maria del Fiore, the institution that oversees Florence's Duomo complex. Their new app called Autography allows visitors to monuments like the Giotto belltower to post graffiti online instead of on the centuries-old marble walls.

“People got it immediately and we got several hundred graffiti in the first few days. You can see them online on the website, I mean all those with you know appropriate content … and we've been watching people and many of them actually do the graffiti and then take a picture of it with a camera and they seem to be happy with that.”

But perhaps more impressive, says Polsinelli is the fact that the number of graffiti on the monument walls appears so far to be decreasing dramatically. 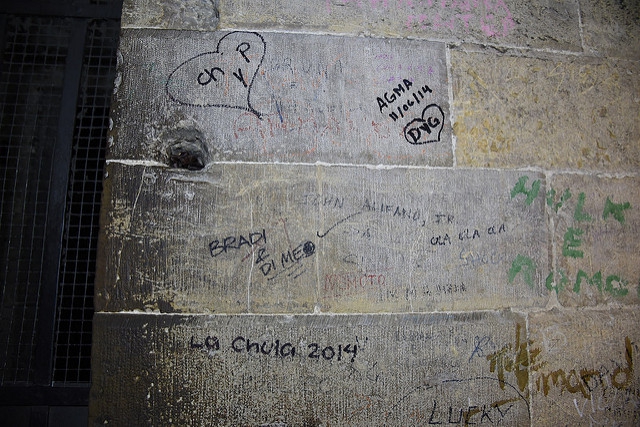 The inspiration for the app was to rid the historical monuments of the “scratches,” the hastily scrawled messages, and cartoonlike figures that scar the Renaissance marble walls. But Polsinelli says the anti-grafitti team had to think outside the box.

“We wondered about the idea that graffiti is not just a negative concept. There’s something there. People leave graffiti on the monuments because they want to leave a sign. They have something to say.  So our idea was to use a playful, persuasive technology to somehow preserve the idea of leaving a sign, and at the same time, preserve the beauty of the monuments.”

In a way, visitors are encouraged to create graffiti, digital graffiti that is, by choosing from among a virtual pen, paintbrush, or spraycan in a variety of colors and on a variety of virtual surfaces including wood, marble, or bronze that resemble the actual monument. So Instead of being arrested for vandalism, and marring Giotto’s magnificently designed belltower, visitors can “leave a mark.” Polsinelli says each graffiti will be published except those that contain insults or are inappropriate. 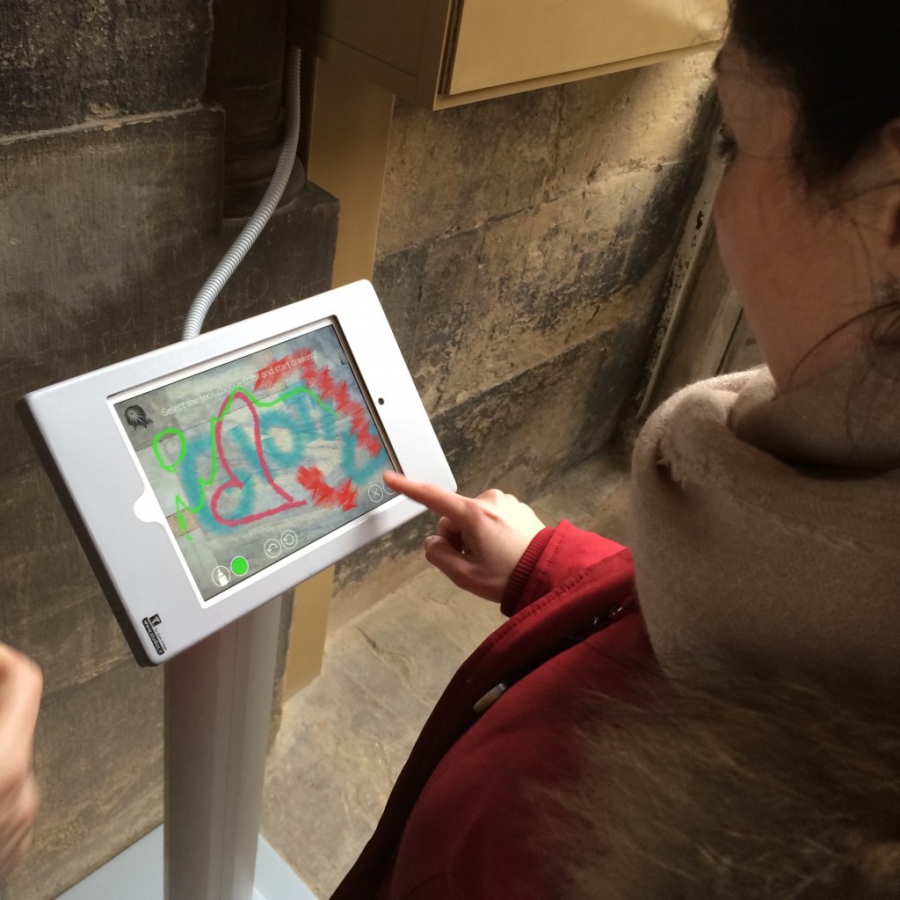 Don’t be surprised if the ingenious technique is deployed by other cultural preservation organizations. But even Polsinelli admits the app probably wouldn’t work in the New York subway. He says there’s something about the context of the technology that’s important.

“I myself understood that it would work only when I saw the tablet in context. You have this incredible view and panorama and somehow doing something that is facilitated by the context and doing something that’s not going to land you in jail under any circumstance, plus it looks nice, it’s easy to use, so it actually works.”