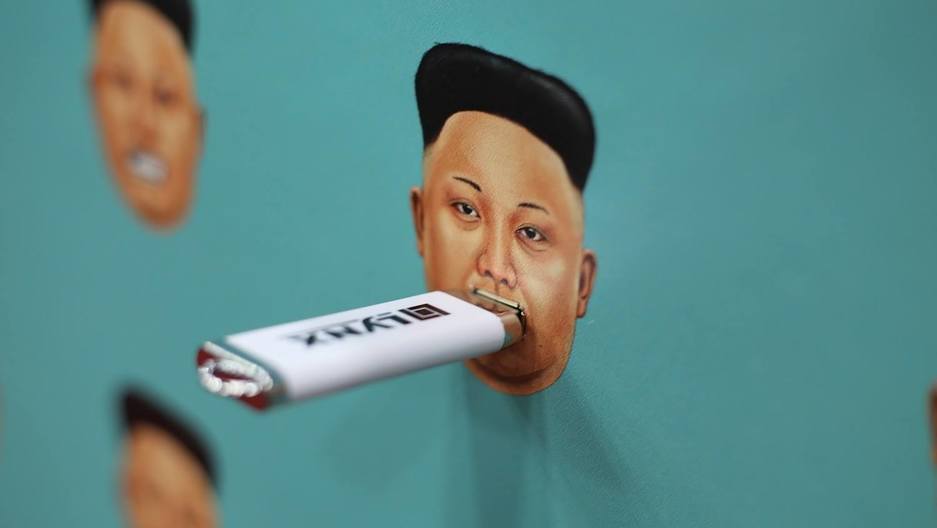 "The exhibit is a metaphor: By donating your flash drive and plugging it into Kim Jong-un’s face, you are helping to silence his propaganda machine by giving the North Korean people a window to the outside world," Says Alex Gladstein, Chief Strategy Officer at HRF.

If you have a flash drive or SD card that’s just gathering dust somewhere, New York-based Human Rights Foundation and Silicon Valley’s Forum280, are calling on you to donate them to their Flashdrives for Freedom campaign.

In an effort to combat censorship in North Korea, the two organizations are collecting unwanted memory disks that will be used to smuggle banned South Korean and Western content, such as films, TV shows, books and Internet content, across the country’s borders.

“In terms of working towards free society, there is no more important country than North Korea,” says Trevor Cornwell, president of Forum280. “It’s not only a symbol of the evil that totalitarian regimes can become, but it’s in practice with a menacing way of life and we saw it as an important country to do what we can for.” 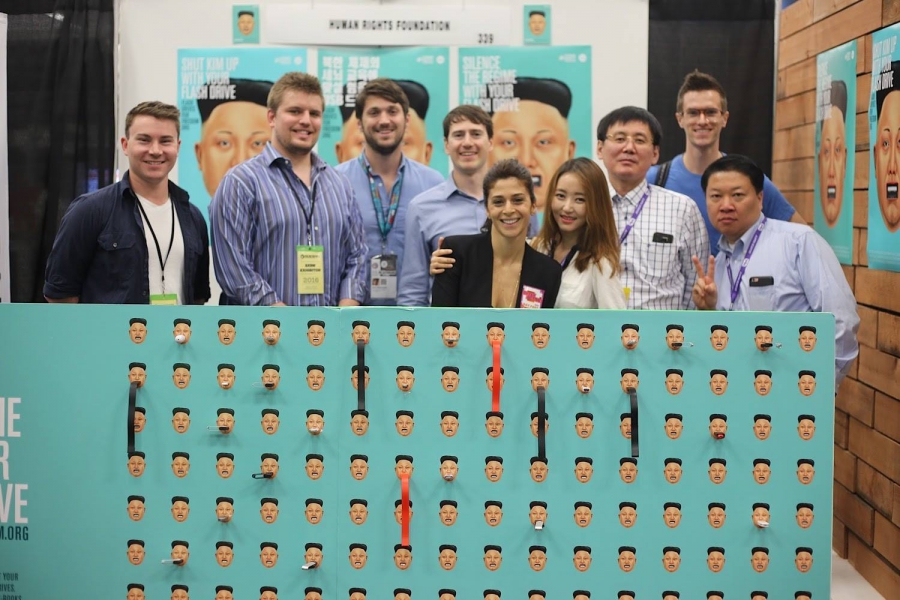 In North Korea (Democratic People’s Republic of Korea), all media outlets are owned and controlled by the government. They get all their news from one source, the Korean Central News Agency. The DPRK prohibits almost all internet access. The information citizens do manage to get from the media is filtered and likely altered. The government is known to edit website content and promote political propaganda.

The two nonprofits are collaborating with a network of North Korean, defector-led organizations in South Korea to get the drives into the country, including North Korean Strategy Center, North Korean Intellectual Solidarity and Now, Action & Unity for North Korean Human Rights.

Alex Gladstein, HRF chief strategy officer, says civil society groups collectively smuggle less than 10,000 flash drives annually. They are unable to send more because they buy the drives on the Internet at retail cost. Flashdrives for Freedom serves as a collection point, in the hopes that gifting these organizations with these devices will allow them to focus on other pressing matters.

“As far as the groups we’re supporting, their goal is to free North Korea. They want to see a democracy,” says Gladstein. “They want to be able to go back to their country … without being afraid of being killed.” 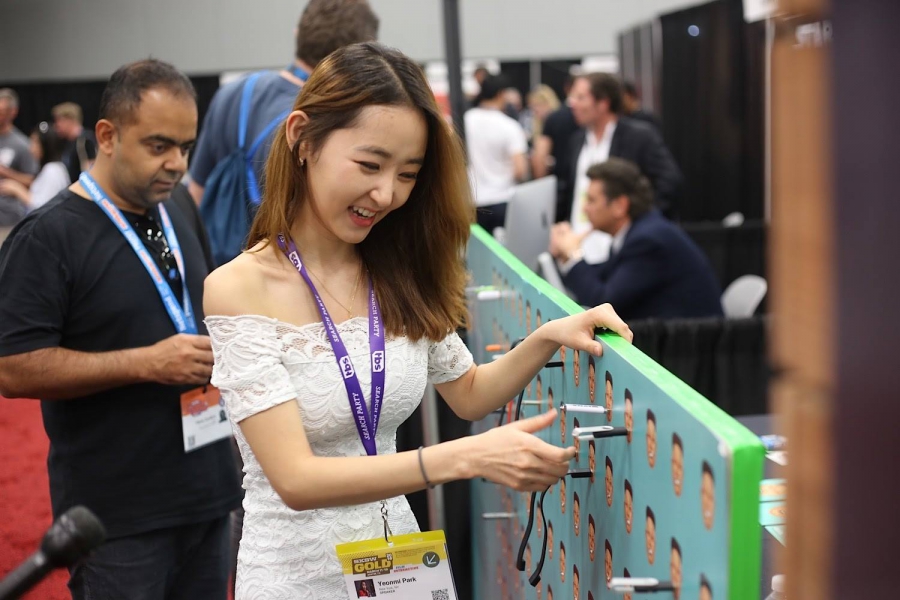 North Korean defector and author Yeonmi Park takes a donated flash drive and plugs it into the Flash Drives for Freedom exhibit.

Before shipping off the flash drives to their partners in South Korea, content from the donated drives are wiped clean. The civil society organizations then run focus groups that help them decide what content should go on the drives. Once they are loaded most of the organizations send the drives into China, and then they are smuggled into North Korea using a coordinated human network on the DPRK northern river border shared with China.

Hired Chinese information brokers float by balloon or carry bags of flashdrives across to North Korean contacts who distribute them through the country’s black market. If the drives make it to Pyongyang, elites, such as government officials and students, copy and distribute the content to other private networks.

Though access to computers in North Korea is limited, Notels, a popular Chinese-made, portable media player with USB and SD ports, and a DVD player, as well as smart phones and tablets are within reach. These are the devices that the organizations have in mind for viewing smuggled content. 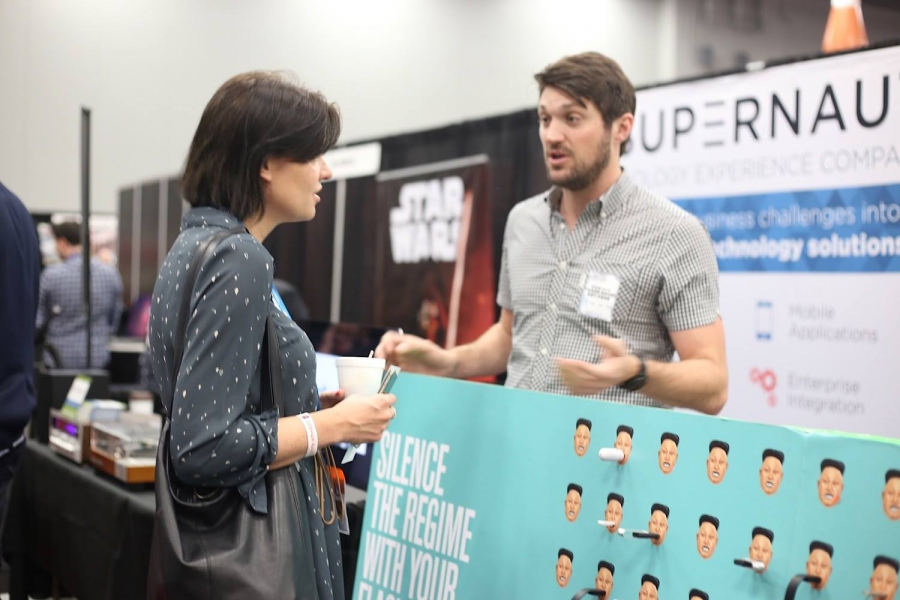 HRF director of outreach Jim Warnock talks about how technology can be a powerful tool for change inside North Korea.

The campaign launched in February, and since then Gladstein says Flashdrives for Freedom has received more than 15,000 drives from all over the world.

“We’re in the early days of this and already we have people opening up distribution points,” says Cornwell. “We landed one in England and we’ll open up more in other countries.”

The very public campaign has not received a reaction from the DPRK government, but Gladstein says in 2013 it did threaten to destroy the organization and called its two-day “hackathon” to brainstorm for this kind of project "futile."

In spite of this, organizers are unfazed.

“[North Korea] is something even Stalin probably couldn’t have aspired to — a gruesome and absolute control of minds, movement and heart,” says Cornwell. “[It’s] incumbent for free people to try and do whatever we can to try and open up society there.”

Correction: An earlier version had an incorrect spelling of the last name of Trevor Cornwell, president of Forum280.