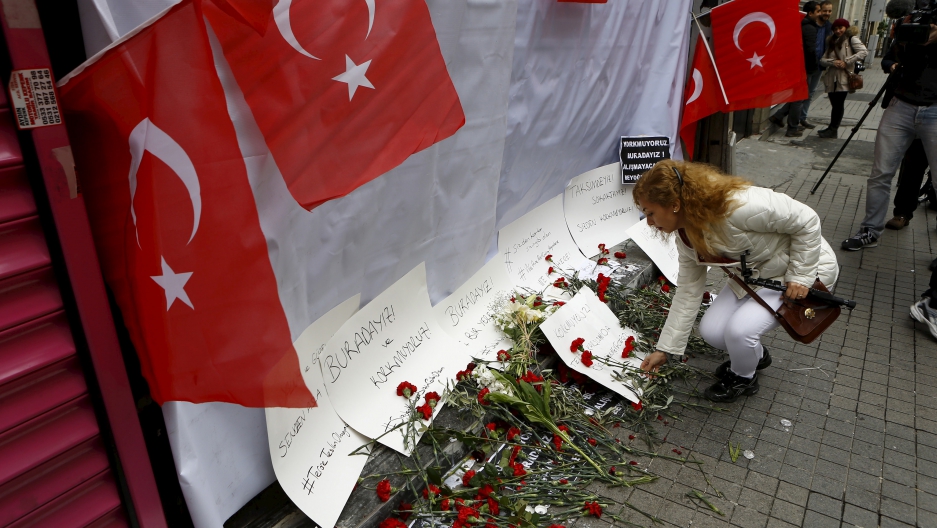 A woman places carnations at the scene of a suicide bombing at Istiklal Street, a major shopping and tourist district, in central Istanbul, Turkey.

Not all terrorist attacks are equal.

Since the attacks in Paris that killed 130 people on November 13, there have been literally hundreds of terrorist attacks happening around the world. However, only a handful of the attacks received widespread coverage by international media. Most of the attacks only appeared in local media.

During the Paris incident, Facebook rolled out an option to allow people to overlay their profile pictures on the French flag. Facebook also created a "Safety Check" button that allowed people near the attacked areas to report their safety. These features was notably missing during terrorist attacks in Beirut which happened just one day before the Paris attacks — a fact that angered many from Lebanon and others in the Middle East.

When the Brussels attacks occurred, Facebook activated the Safety Check button again, though not the profile picture overlay feature. The Safety Check feature was not available for the terrorist attacks that happened between those in Paris and Brussels. The social media giant seems to treat these attacks unevenly.

We, as Internet users, do the same. The attention we give to terror attacks varies greatly from one to another. To illustrate this, PRI selected 10 attacks that received international media coverage between those in Paris and Brussels. We used Google Trends, a tool that measures the search interest or seach volume for a topic on Google, to see how Internet users responded.

We checked the search interest after those events for both the city and country where the attacks occurred and used whichever was higher. For instance, the search interest of "Somalia" was higher than "Mogadishu" during the week when al-Shabab suicide bombers and gunmen attacked a hotel in the Somali capital on January 21. This is likely because people would search for the country name when the city name is less known.

This is the result:

To understand the chart, one has to understand how Google Trends work. It does not provide absolute search volume, i.e., how many times a word has been searched by its users. It shows the search interest in numbers relative to the highest point in the chart. The numbers range from 0 to 100.

Our reference point in this chart is Brussels with a 100 point mark during the week it was attacked — it was the highest search interest recorded among all the attacks included in that chart. In other words, if a location has a point of 50, its search interest is half of the search interest of Brussels.

The search interest for attacks in Grand-Bassam, Tunis, Mogadishu and Ouagadougou are much lower compared to other attacks. However if you click the 'zoom in' button, you would find significant changes to their search interest during the attacks. We will look at those in another chart.

You might suspect that attacks in developing countries or non-Western nations receive less attention, but the attack in the capital of Mali, a West African country, bucked the trend. It could be because the attack included a dramatic hostage crisis, or because it happened in the French-speaking nation just one week after the Paris attacks.

Although the chart shows the comparisons, it does not give a complete picture. Some cities such as Istanbul, Jakarta and Ankara were attracting a significant amount of search traffic before their respective attacks happened. This traffic should be excluded if we want to see just the search interest caused by the attacks.

The chart below shows how much percentage the search interest spiked compared to its normal level.

Although the attacks in San Bernardino and Brussels generated the highest search interest, the attacks in Bamako, Ouagadougou and Grand-Bassam, all West African cities, also attracted significant online attention relative to their usual search traffic.

So what exactly are the factors behind the online attention given to a terrorist attack? We tried plotting the search interest against other factors, including the country's per-capita gross domestic product and the number of international tourists, but we could not find any correlation.

How about the number of fatalities in the attacks? The answer is in the next chart.