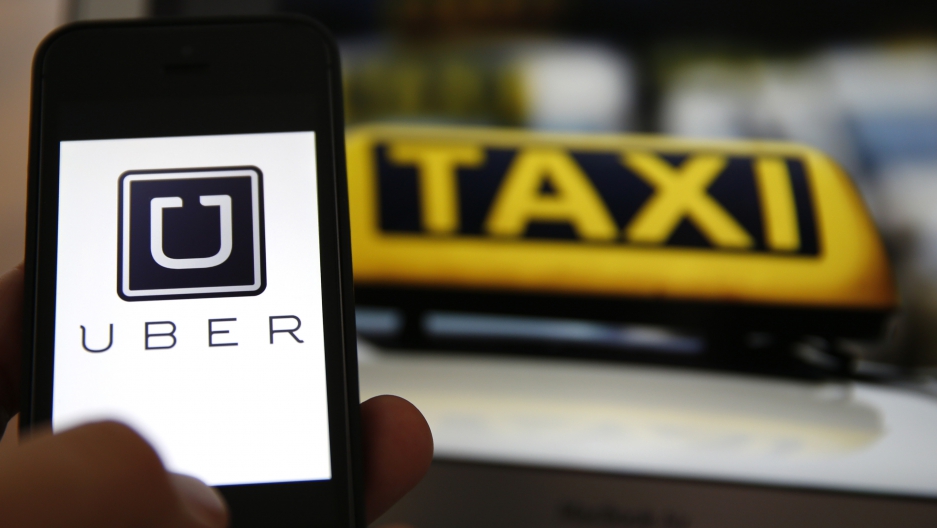 An illustration picture shows the logo of car-sharing service app Uber on a smartphone next to the picture of an official German taxi sign in Frankfurt, September 15, 2014.
Credit: Kai Pfaffenbach
Share

JOHANNESBURG, South Africa — Uber is expanding in Africa. The ride-hailing app launched in the cities of Abuja, Nigeria and Mombasa, Kenya on Wednesday.

These are the 399th and 400th world cities where the service operates.

But just as Uber has butted heads with traditional taxis in Paris, London, Toronto, Sao Paulo and many other places, so it is facing tensions in African metropolises.

On the same day that Uber launched in Mombasa, an Uber taxi in the capital Nairobi was set on fire. This was the second Uber taxi torched in the city in a matter of weeks.

Kenyan police said that a man hired the Uber and led the driver to a dark alley where the taxi was attacked by four men. The driver escaped, but the car was burned.

In the previous incident, an Uber taxi was reportedly attacked by four men who poured gas on the vehicle and set it alight. They beat the driver after he escaped from the burning car.

“We are determined to end this madness where people are maliciously attacking and damaging other people’s property,” said Japheth Koome, Nairobi's police chief, according to the Associated Press.

Traditional taxi drivers in Nairobi have asked the government to prevent Uber from operating, saying they are suffering because of unfair competition.

But in South Africa, where Uber has launched in Johannesburg, Cape Town, Durban and Port Elizabeth, the Cabinet this month approved a new transport bill that classes Uber as a metered taxi operator, allowing the use of a smartphone instead of a meter.

In Lagos, Nigeria's biggest city where Uber launched in 2014, the service has not caused much controversy, according to BBC Africa. But this is probably because it has yet to rock the boat: in Lagos, it is considered a niche service used by relatively few.