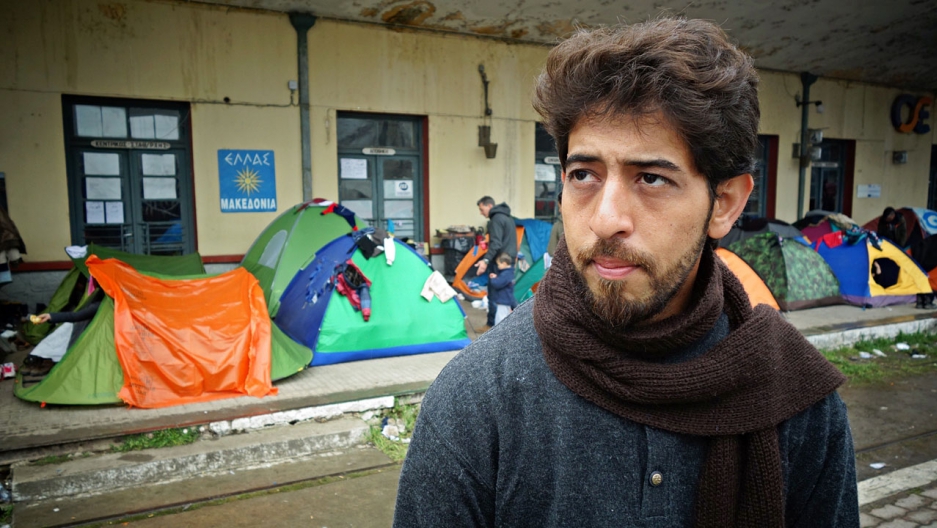 Ibrahim Esmael Ibrahim at the train station in Idomeni, Greece. As a teenager, he worked as a translator with the US military in Iraq.

Ibrahim Esmael Ibrahim is a 26-year-old nattily dressed guy from Baghdad.  When I met him, he was standing on the platform at the train station in Idomeni, Greece — though there are no trains running now. Ibrahim speaks good English; as a teenager he landed a job with GLS (Global Linguist Solutions), a Virginia-based contractor that provided interpreters to the US military during the Iraq war.

He says the pay was good — $1,500 a month plus bonuses. The soldiers liked him and nicknamed him AP.  But after six months on the job, Ibrahim says his life was threatened by insurgents.

"They told me I will cut your head from your body if I see you again here," he recalls.

Ibrahim’s family urged him to leave the country. But before he got out, he emailed his favorite American sergeants to tell them what was going on.

"I told them what happened with me and they told me to give my badge number to GLS in the Green Zone in Baghdad," he says, recalling the incident 10 years later. "So I went there and gave [it] to them and the next day I took a bus to Syria."

In Damascus, he found a white-collar job at a telecom company. But he dreamed of some day going to the US where his sister lives. His brother-in-law pointed out that because of his service to the US military in Iraq, he could apply for a US Special Immigrant Visa.

But for that, he’d need proof of his employment. So he wrote to GLS, the company with the big Pentagon contract.

"They don’t answer, they don’t answer me," he tells me. "They say the contract is closed with the US Army and you can’t get your documents. It’s very difficult."

PRI's The World contacted GLS in Virginia last week and left several messages, but we've yet to get a response.

Ibrahim say he stayed in Syria for a few years, then moved to the Kurdish region of northern Iraq where he worked odd jobs under the table. But he says being an ethnic Arab there was a problem; Kurdish authorities told him to go back to Baghdad, but he was too afraid to go.

Instead, he crossed the border into Turkey, where he met an Afghan woman in 2014. They got married in a religious service. Ibrahim says she was able to get to Canada, but she can’t bring him over because they don’t have a legal marriage license.

"I’m alone. My wife is in Canada and my sister is in America," Ibrahim says. His parents are in Turkey and he says his sister is able to bring them to the United States in a few months, but it might take years for him to get permission.

So Europe is his preferred destination for now. But under the European Union’s new deal with Turkey, it’s unlikely he’ll be allowed to stay. The EU plans to send back asylum seekers like Ibrahim who make the crossing from Turkey to Greece. Turkey has agreed to take them back in exchange for about $6 billion in aid and other incentives.

The EU says the arrangement would discourage people from paying smuggler’s fees and risking their lives to make the perilous Aegean crossing from Turkey to Greece. But critics say when one route closes, another just opens up. 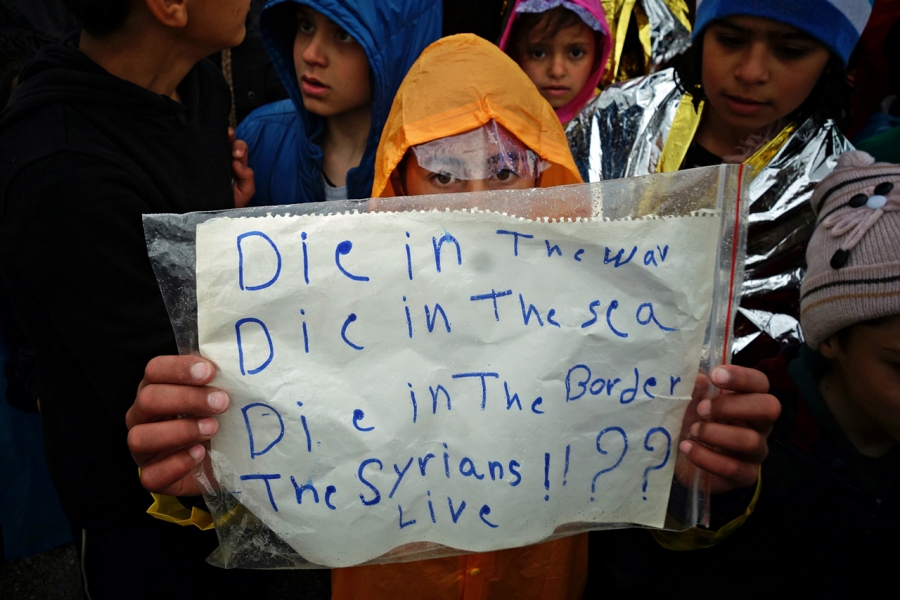 Most of the asylum seekers who have gotten stopped in Greece are Syrians escaping the war at home.

And human rights officials say the prospect of mass deportation is inhumane and potentially, a violation of international law.

"Every person seeking protection has the right to have his case examined on a case-by-case basis on the individual merits," Council of Europe’s Human Rights Commissioner Nils Muiznieks told The World.

He says the EU’s agreement with Turkey threatens to throw that principle out the window.