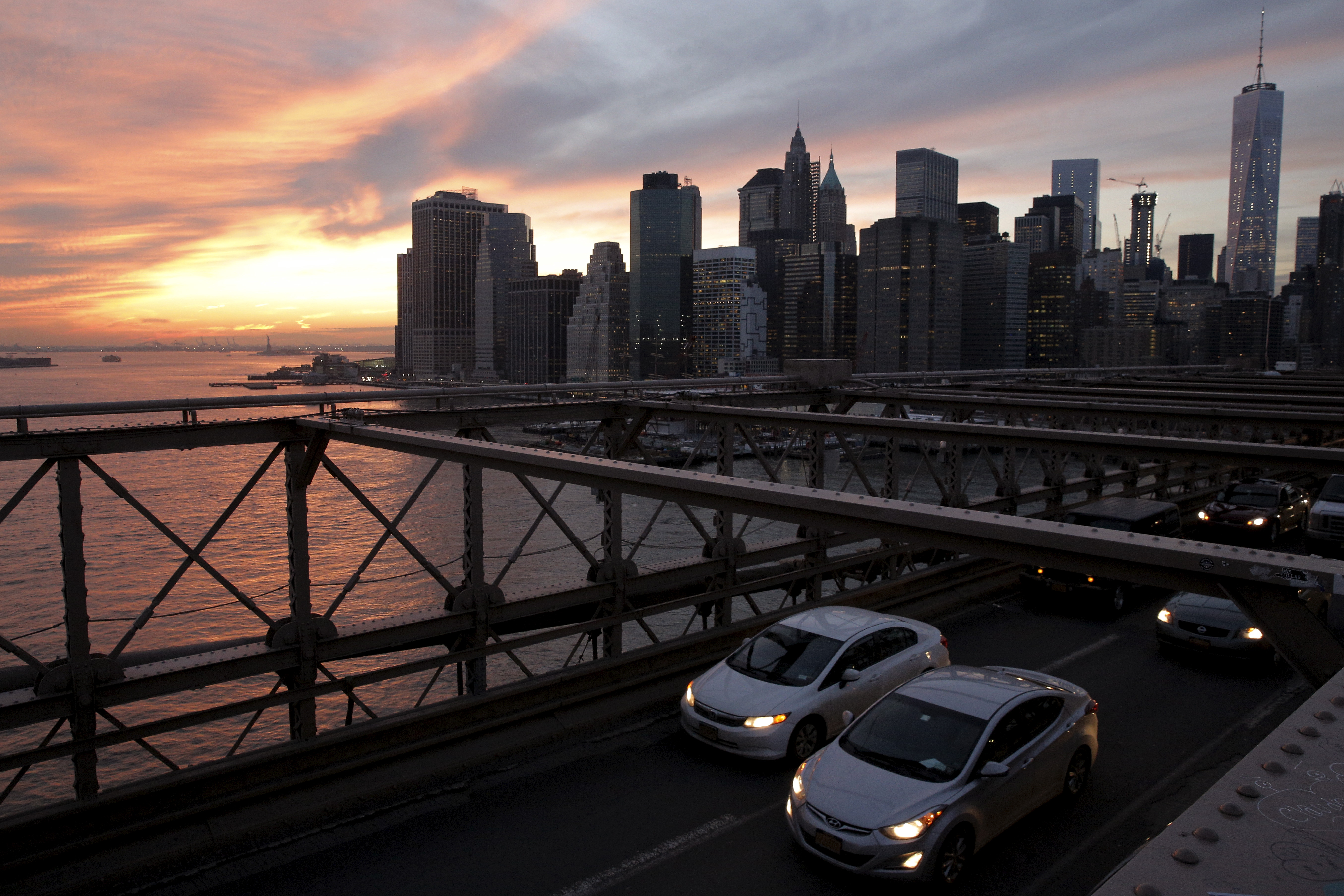 Cars cross the Brooklyn Bridge as the sun sets on lower Manhattan in New York January 28, 2016.

In the United States, bigger is better. America goes stronger, faster and further than everyone else. Right?

You don't need to look hard to see America's infrastructure is crumbling. Look no further than Flint, Detroit, Cincinnati, Newark, Boston and Los Angeles, though the list can go on.

It's something even the presidential candidates agree on — Bernie Sanders, Ted Cruz, John Kasich, Hillary Clinton and Donald Trump have all said that America needs to fix its roads and bridges, and invest in the physical framework of the United States.

So with so much agreement, why isn’t anything happening?

“The problem is actually not money,” says Philip K. Howard, chair and founder of Common Good, a nonpartisan reform coalition. “Most infrastructure projects pay for themselves. Studies of this issue show you can finance them; there are all kinds of private-public partnerships now that can finance them.”

Rather than money, Howard says the complexity of the American infrastructure funding system is to blame for our decaying roads and decrepit bridges. So, in a way, it is all about the money.

“The problem is that we have so much process, ironically, so much environmental review that we can’t do projects that are good for the environment,” he says. “We need to get our act together.”

Howard says delays in approving American infrastructure projects cost the United States much more in the long run, adding that redesigning the infrastructure approval process could save money, time and the environment.

“We’ve been studying a new tunnel on the Hudson River that’s going to cost $20 billion,” Howard says. “We have to have this new tunnel — if we don’t have the tunnel, one of the old tunnels, because it’s been damaged and it’s 100 years old, will have to close down and it will be an environmental disaster.”

In this case, if a new tunnel can be built in a more timely manner, the existing tunnel under the Hudson River will not have to shut down, therefore avoiding massive congestion delays that can damage the environment when stretched out over years or months.

“If we can approve that tunnel so the shovels can be in the ground next year, which is realistic, it will cost about 25 percent less and be better for the environment,” Howard says. “But no one at the moment has the authority to do that.”

In the United States, no governmental body has the ability to outright approve infrastructure projects — not even the president. Even upgrades to bridges, roads, tunnels and other vital infrastructure must go through a lengthy, sometimes years-long approval processes that require the validation of multiple governmental agencies.

“There’s no such thing as shovel-ready projects,” President Barack Obama said back in 2010.

“We need an executive order just to do what’s obvious — get the shovel in the ground,” says Howard.

At this rate, will American transportation ever get a upgrade? Will the US ever see the modern bullet trains that Europe and Asia enjoy?

“Absolutely, if someone can actually have the authority to do what was done 100 years ago,” Howard says. “You’re going to have to condemn some land and create new tracks that go straight between, you know, Boston and New York and Washington. To do that, some people will have to move, and we’ll have to pay for that. And then we can go from Boston to Washington in two hours.”

He adds: “But we have to be committed to making choices that actually affect some people for the greater good, and that’s kind of what government is all about. But we’ve created such a kind of jungle of red tape around each project that literally no one is in charge.”